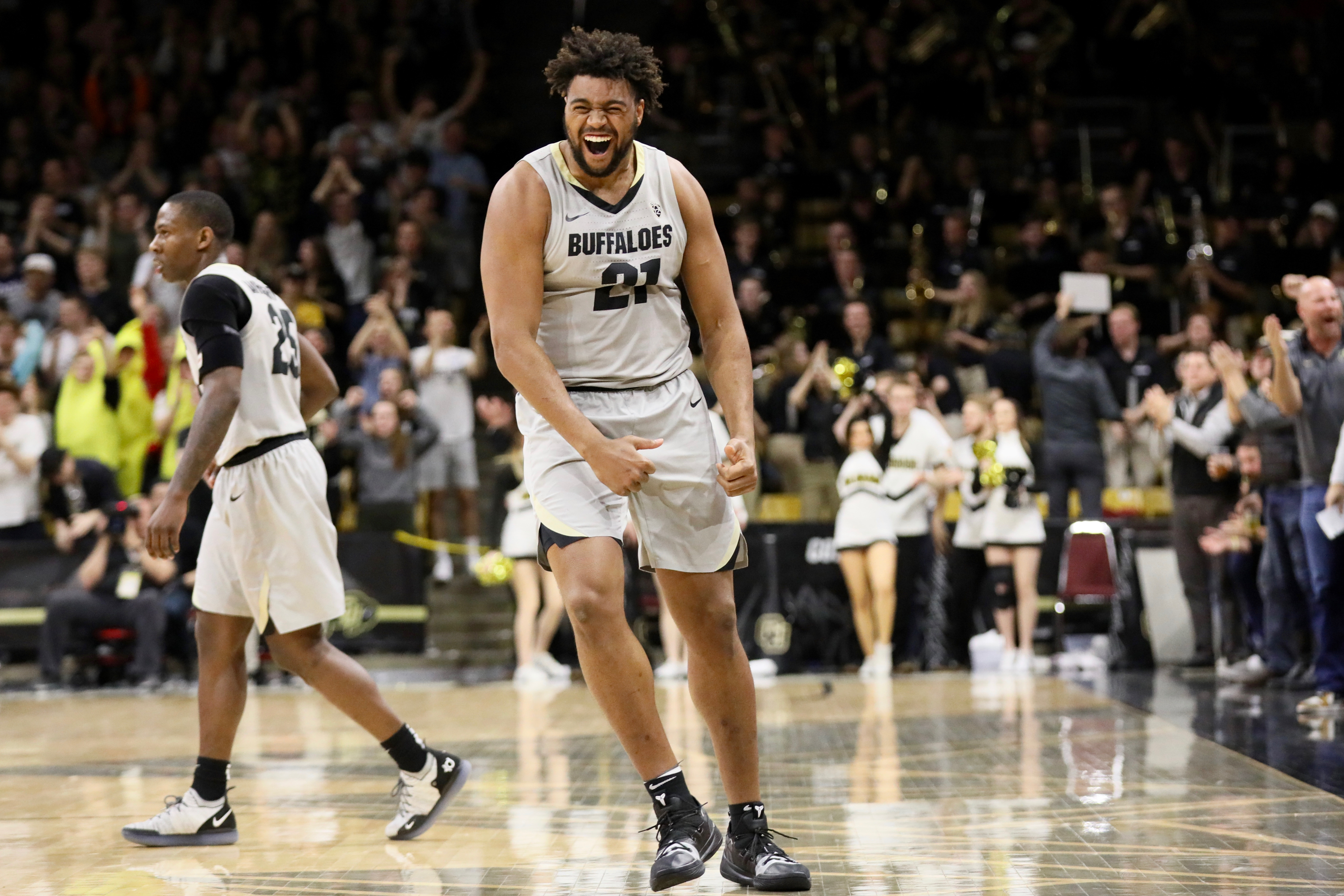 Many young athletes dream of the opportunity to play Division I collegiate basketball. At a young age, they pick up a basketball for the first time and their long journey of training begins. Most, however, won’t make it past the high school level.

According to the NCAA, only one percent of male high school students actually get to play at the NCAA Division I level.

Colorado Buffaloes sophomore forward Evan Battey is one of the athletes in this one percent. He started playing basketball at the age of four and has rarely gone a day without playing since.

After an extremely successful high school career, the 6-foot-8 star from Los Angeles, California had offers from schools all over the country. Battey said the decision to pick the University of Colorado was an easy one for him. Nothing he saw from his other college suitors compared to the atmosphere that Boulder had to offer.

“Basketball here, really felt like home to me,” Battey said. “The environment, the fans, the culture.”

Battey sat out his freshman season as an academic redshirt. The NCAA required him to do this since he did not meet the initial eligibility requirements of graduating high school in four years.

In December of 2017, less than a year before finally getting the opportunity to start his collegiate basketball career, Battey’s dream quickly turned into a nightmare.

It was the day after Christmas and Battey was back home in L.A. playing basketball with his friends. All of a sudden, a normal day turned into a life-changing one. Battey lost feeling in his leg, before his arm, too, went numb. Then, he lost feeling in the entire right side of his body.

Battey’s friends called his mother and she rushed him to the emergency room immediately. It didn’t take the doctors long to know what had happened to the athlete.

“The doctors said to me, ‘you’re having a stroke,'” Battey said.

His hospital visit lasted five days and four nights. Although Battey’s condition was contained when he left the hospital, he was not the same Evan Battey that he was six days prior.

Barely able to walk or talk, his teammates said it was weird seeing him right after his stroke. The loud, energetic, talkative player that his teammates knew wasn’t able to make them all laugh like usual.

“Right after his stroke, we saw him at UCS and he had trouble talking,” junior forward Alexander Strating said. “And I know that must have been really tough on him because he’s always talking and making jokes.”

No one, including Battey’s basketball strength coach Adam Ringler, knew whether he would ever play basketball again.

“Will he ever return to sport?,” Ringler said. “Because obviously, the level of intensity at this level of competitive athletics is high.”

Battey attended extensive rehab for the following five months, learning how to walk and talk all over again.

When asked what the hardest setback was, Battey said, “Definitely regaining my speech and getting all my right feeling back in my muscles and my joints.”

The process was long and straining on the athlete, and he said there were times where he would get very frustrated.

Five months after his stroke, Battey returned to CU to fulfill his dream of playing college basketball but found himself afraid to step back onto the court.

“I didn’t want to go back on the court knowing this might happen again,” Battey said. “I wanted to be on the court, but it was a toss up for sure.”

Transitioning back into college basketball was a bit of a struggle for the young athlete. Luckily, Battey said that CU’s athletic staff gave him “unbelievable support” throughout the whole process and helped him ease back into the game.

Without such a supportive staff, Battey might not have ever felt comfortable enough to play again. In the early stages of his recovery and transition back into the game, his athletic trainers had to take a few extra precautions.

“With Evan’s medical condition, we really were conscientious of making sure we didn’t exceed a certain threshold for his heart rate,” Ringler said.

They equipped him with a heart monitor and tracked every activity he did, both on the basketball court and in the weight room. His trainers heavily monitored his numbers so that they could make sure Battey never exceeded that threshold.

After months of getting his body back into Division I-basketball shape, Battey played in his first ever collegiate game. On November 3, 2018, the Buffs defeated Colorado School of Mines at CU Events Center. Battey said it was an emotional day for him, but a happy one.

Some of his teammates said that it might have been one of the most special moments in their careers thus far.

“That’s probably going to be one of the best moments looking back on my college career,” Strating said. “Knowing everything he went through and being his teammate before the stroke happened and then seeing him sit out and then finally suit back up again.”

The redshirt freshman completed his first NCAA basketball season, playing in all 36 games and tallying just under 300 points.

It’s been more than a year since Battey suffered his stroke, and the cause still remains a mystery.

“We have some guesses but there’s no circumstantial evidence,” Battey said. “There is no one thing we can point to.”

Whatever the cause was, Battey will tell you that it was meant to happen and that a stroke isn’t going to stop him from living out his dream.

“Don’t question your purpose,” Battey said. “Don’t question, ‘why me? Why did this happen to me?’ Just keep going forward, keep smiling, keep being you and everything will come into place.”