Delrick Abrams Jr. hopes to step into leadership role for the Buffs 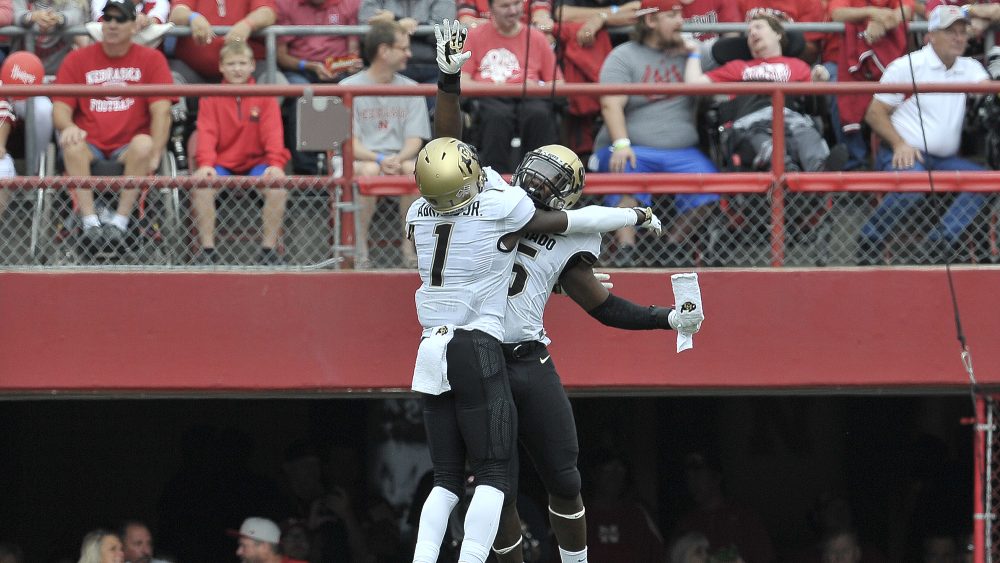 The Colorado Buffaloes have a long history of defensive backs becoming leaders. Senior cornerback Delrick Abrams Jr. is ready to step into that role. The 6-foot-3, 180-pound Angie, La., native talked about his growth during his last season with the Buffs. Abrams said he’d do whatever it takes to help his team win.

“[I want to] be the best player and the best leader I can be for my team — that’s the best thing I can do for my team to help us win games,” Abrams said. “I feel like I have to be a leader. I’m trying to ease my way into being [one]. I try to pick up guys, tell them to keep their heads up, even though my head is up. I hold myself [to that] because I’m the older person in the room, so I got to show [the younger players].”

Colorado’s first-year defensive backs coach, Travares Tillman, who followed Buffs’ head coach Mel Tucker from the the University of Georgia this season, talked about Abrams’ maturity as well as embracing the ups and downs of player development.

“Delrick, he’s really mature. He’s a mature kid, so he comes in extra and puts  good work in, he’s progressing,” Tillman said. “I think sometimes he gets down on himself because he has good days and he has bad days [so] we’re just trying to look for some consistency out of him.”

Tillman played safety and corner for Georgia Tech from 1996-99. He said an important aspect of player development at the cornerback position is being able to establish a short-term memory.

“You [have] to have a very, very short memory because sometimes you may be in perfect coverage and just a good ball is thrown that way,” Tillman said. “You got to shake it off — next play. You got to have that mentality every time.”

Abrams went on to talk about how he’s ready to accept the challenge of the opponent’s top receiver every down. Abrams said he had some experience being the top defensive back last season, but this year he knows there’s still some growth to do, especially if he hopes to step in as a defensive leader for CU.

“Yeah, I feel like [I am], I felt like that last year, too,” Abrams said of being the No. 1 cover guy for Colorado. “Even in high school I felt like I was. [I feel like] I’m the best player on the field. I feel like no one can stop me. The only person that can stop me is me — I’m just a very competitive guy.”

Competitiveness is something that Tucker has emphasized throughout spring practice, but especially during scrimmages. When asked about the three things coach Tucker is having the defense focus on, Abrams answered with being physical and competitive at all times.

“The first one is being physical every play, [second is] compete every play [and then] communication. If we do all three of those things we are going to be a top-ranked defense,” Abrams added.

As Abrams begins his senior season with the Buffaloes, he’s had to maintain a physical style of play, because as he said, if you are not physical, you won’t play.

In his senior season, Abrams is using a physical style of play and his competitiveness as a way to further his game. Two important elements of CU’s new football slogan — “Relentless” — as coined by Tucker. In other words, being physical and competitive every down of every practice, in addition maintaining a high level of intensity.

“Over the practices [I have gotten] better being physical and competing and everything on every down, and just communicating basically,” Abrams said.

Being physical is something that coach Tucker and the new staff has emphasized to their players every day in practice.

“The biggest difference is [the coaching staff] wants us to be very physical and they want to win. It doesn’t matter [whether] offense beats the defense [or] if defense beats the offense, but at the end of the day, we are all here for a reason,” Abrams added. “We all want to win. The [coaches] compete and we compete. I like how that competition is.”

Tillman talked about how Abrams leads by his actions, not so much vocally.

“He’s showing [leadership ability] more on the field. He’s not a real vocal guy,” Tillman said. [He shows it] just by the way he carries himself on the field.”

For Abrams, being physical at the line of scrimmage will help him when facing off against college football’s best wide receivers, his job as Colorado’s No. 1 cover guy. As he steps into a leadership role during his senior season, leading by example is Abrams main focus. His goal is to show the younger guys how it is done.