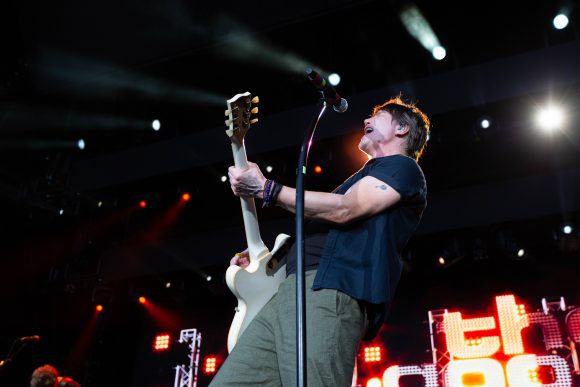 Grammy award-winning band Train, along with the Goo Goo Dolls, made quite a splash at Fiddler’s Green Amphitheater on Thursday, June 20.

Both played in support of their respective album releases: Train for their “Greatest Hits” album released in November 2018, and the Goo Goo Dolls for their upcoming studio album “Miracle Pill,” which will be released later this fall.

Despite the sparse crowd early on, R&B singer Allen Stone sang his heart out for the audience, trying to get them pumped up for what was to come. As the night progressed, more and more people began to file in for both big acts as the excitement began to build.

When the Goo Goo Dolls took to the stage, the audience sang along to the bands’ many hits, including “Iris,” “Name” and “Slide.” To band members’ credit, guitarist/vocalist Johnny Rzeznik and bassist Robby Takac maintained a high-energy atmosphere throughout their set, even with their lesser-known songs. Newer tracks included “Over and Over,” ”So Alive” and the title track “Miracle Pill” from their upcoming album, which they played for the first time live.

Everything came together for the night when Train took the stage, introduced by large, blaring train horns, which were met with excited screams from the audience. They dove straight into fan-favorite songs “Save Me San Francisco” and “Cab,” much to the delight of the crowd. Several lucky fans near the stage snagged the band’s tour t-shirts thrown out by lead singer Pat Monahan. Each member of the band was able to take turns in the spotlight during the 90-minute set, even the backup singers.

Fans went wild with the hits: “Hey Soul Sister,” “Marry Me” and “Drive By.” Later, songs ranging from the more upbeat “Play that Song” to the more thoughtful “When I Look Into the Sky” all showcased the band’s incredible library of music they have amassed over the past 20 years. In addition, Train played a few covers, such as “Under Pressure” by Queen, “Free Falling” by Tom Petty and even “Empire State of Mind” by Alicia Keys.

Near the end in shrouded darkness, the audience waited excitedly for an encore. Much to everybody’s delight, the band ended the night with a bang, performing their song “Drops of Jupiter.”

Allen Stone, Train and the Goo Goo Dolls gave us an amazing night filled with nostalgia and pure energy that is sure to be one of the more memorable summer concerts this year. 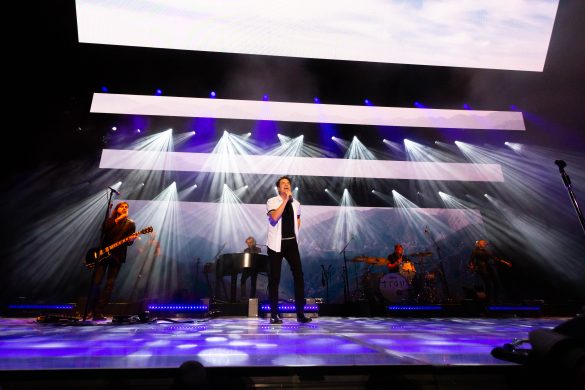 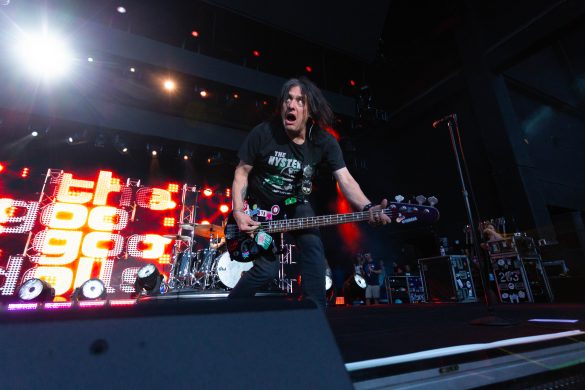 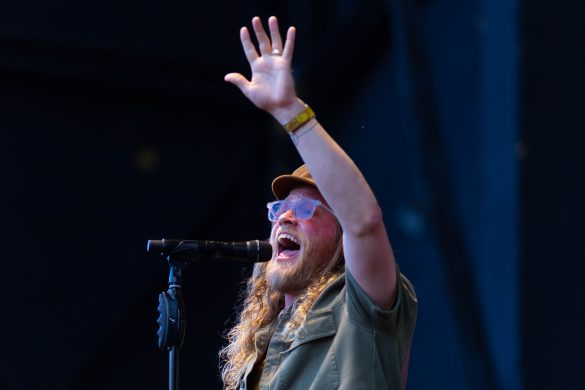 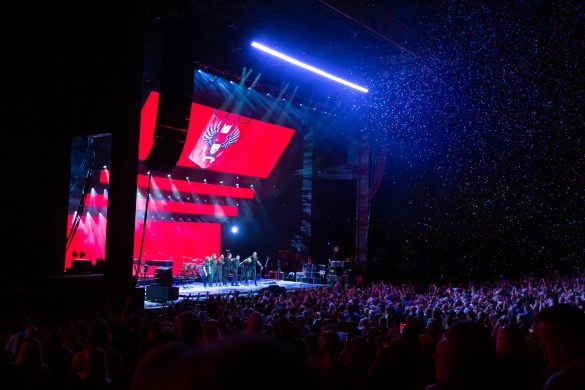 The band Train makes their bows at the end of their performance onstage at Fiddler's Green Amphitheatre. June 20, 2019. (CU Independent / Kevin Wu) 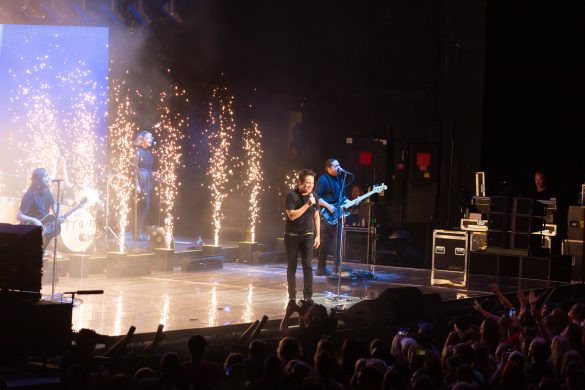 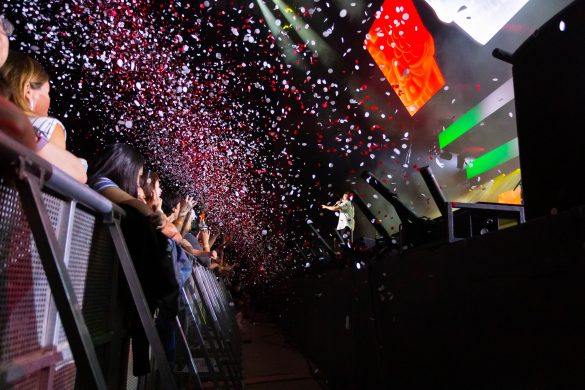 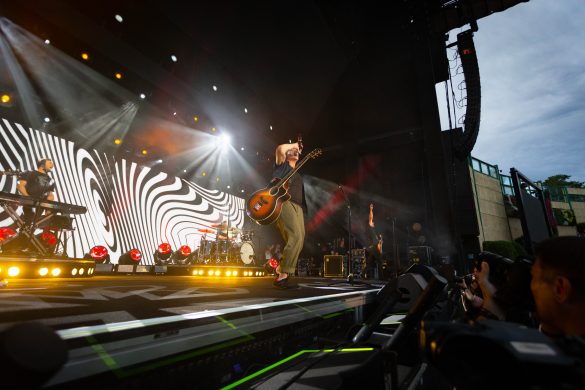 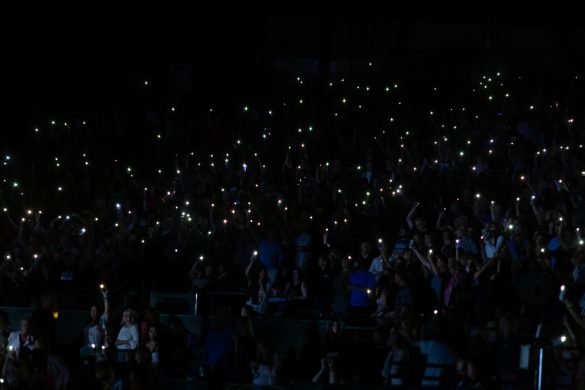 Kevin Wu is a sophomore currently majoring in Cinema Studies with a minor in Media Production at the University of Colorado Boulder. He is actively involved on campus through Buff Sports Live, the International Festival Committee, and through the Journey Leader program. You can follow him on Twitter @kevvy_wu