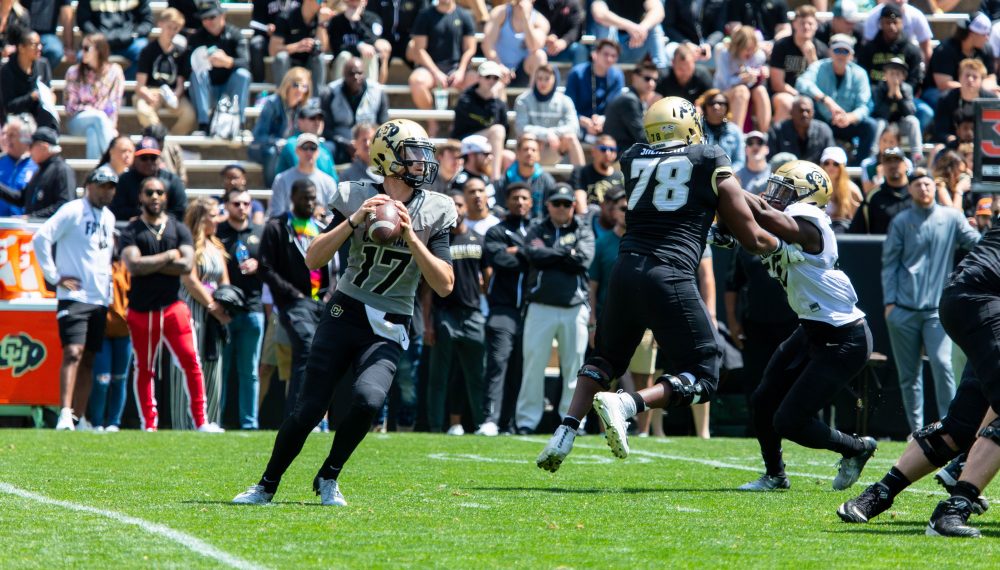 Team Black, led by starting quarterback Steven Montez for the majority of the game, struggled offensively throughout the afternoon. It turned the ball over four times and picked up three penalties. Montez had an uncharacteristic game, throwing two interceptions and only managing to produce a 52.3 passer rating, the lowest among the three quarterbacks who played.

“I’ll watch the film,” head coach Mel Tucker said of Montez’s performance. “We don’t want to turn the ball over. We’ll see what happened and get that cleaned up.”

While Montez’s afternoon was one that he’ll quickly want to forget, it was a career day for junior cornerback Mekhi Blackmon. Blackmon was on the receiving end of Montez’s two picks, one of which he returned for a touchdown.

“He’s gotten better this spring,” Tucker said of Blackmon following the game. “He’s not the biggest guy, but he’s instinctive. He’s got good feet, he’s got good length and I expect him to have a good summer and bulk up a little bit.”

Headlined by Blackmon’s two picks and junior inside linebacker Nate Landman’s 13 total tackles, the Gold Team had a stellar performance on defense. Despite winning the time of possession, the Black team was held to just six yards per pass, 3.6 yards per run and a brutal 35 percent conversion rate on third down. 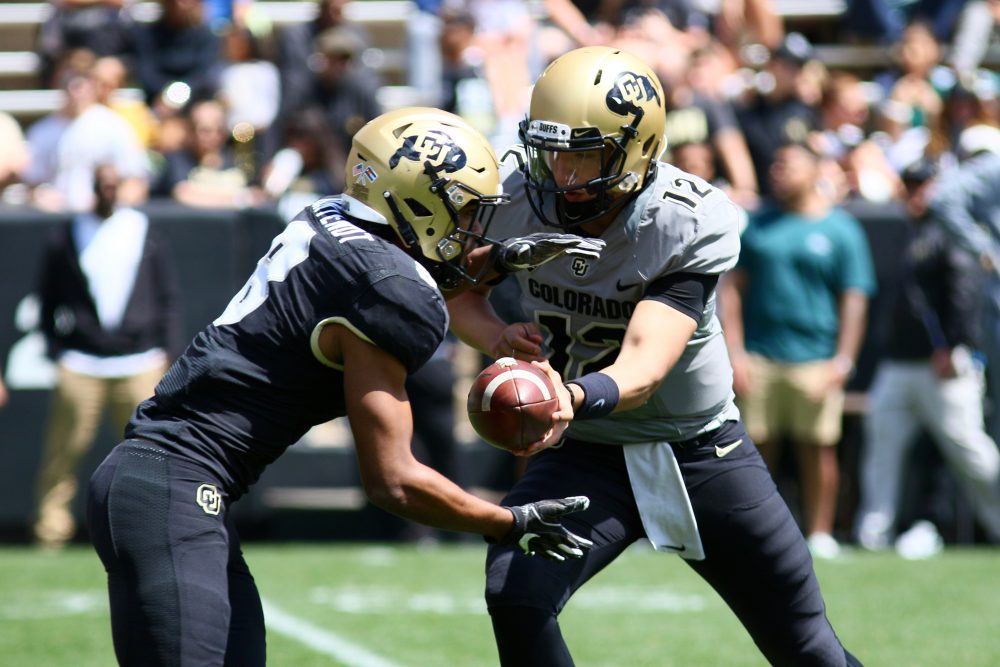 Offensively, Team Gold steamrolled all afternoon, racking up an impressive 536 yards and they were led by some unlikely faces. Backup quarterbacks Sam Noyer (junior) and Tyler Lytle (sophomore) split passing duties throughout the game and gave the Buffaloes quality snaps.

Noyer went 13-of-15 for 195 yards with an impressive passer rating of 231.9, adding two touchdowns along the way. Not to be outdone by Lytle, however, who impressed by completing seven of his 10 attempts for 119 yards and a touchdown. Most notably, neither signal caller threw an interception.

“I think this spring was really productive, from an entire offensive standpoint, and as a team standpoint,” Lytle said. “I think we did really well so I’m excited to go into the offseason and keep working, keep moving forward with the offense.”

Along with the quarterbacks, Team Gold received great showings from freshman runningbacks Jaren Mangham and Deion Smith. Mangham took advantage of his 12 attempts by exploding for 149 yards and three scores. Smith added to the dominance by rushing for 60 yards on 15 carries.

“We got some good, young, talented players, and I’m happy we got them,” Tucker said glowingly in the postgame press conference.

With last year’s leading rusher Travon McMillian moving onto the NFL with the Pittsburgh Steelers, the Buffs have a lot to replace at the tailback position. Watching both players play well is a welcomed sight.

While the scrimmage between the two teams was advertised as a game, it’s important to keep in mind that it’s technically a practice, and scores and stats are not the only things that matter. With every player on the team learning a new scheme, the most important thing is that they continue to grow and learn the system.

“It’s more of a collective evaluation. Obviously, we’re in our stadium. It’s a different environment, but we’re looking for more execution,” Tucker said. “We’re looking for guys that can play with technique and fundamentals and execute under pressure. This was a good opportunity to do that.”

There’s been a lot of excitement around the team since they announced the hire of Tucker, and even in a small sample size, it’s good to see players perform well in their first game at Boulder.

“It’s phenomenal, it’s pro-style, we’re gonna have a lot of options to run the ball, pass the ball, play action and all that stuff,” sophomore offensive lineman William Sherman said about learning Tucker’s offense. “It’s gonna be good going against teams in the Pac-12 who haven’t really seen this type of offense.” 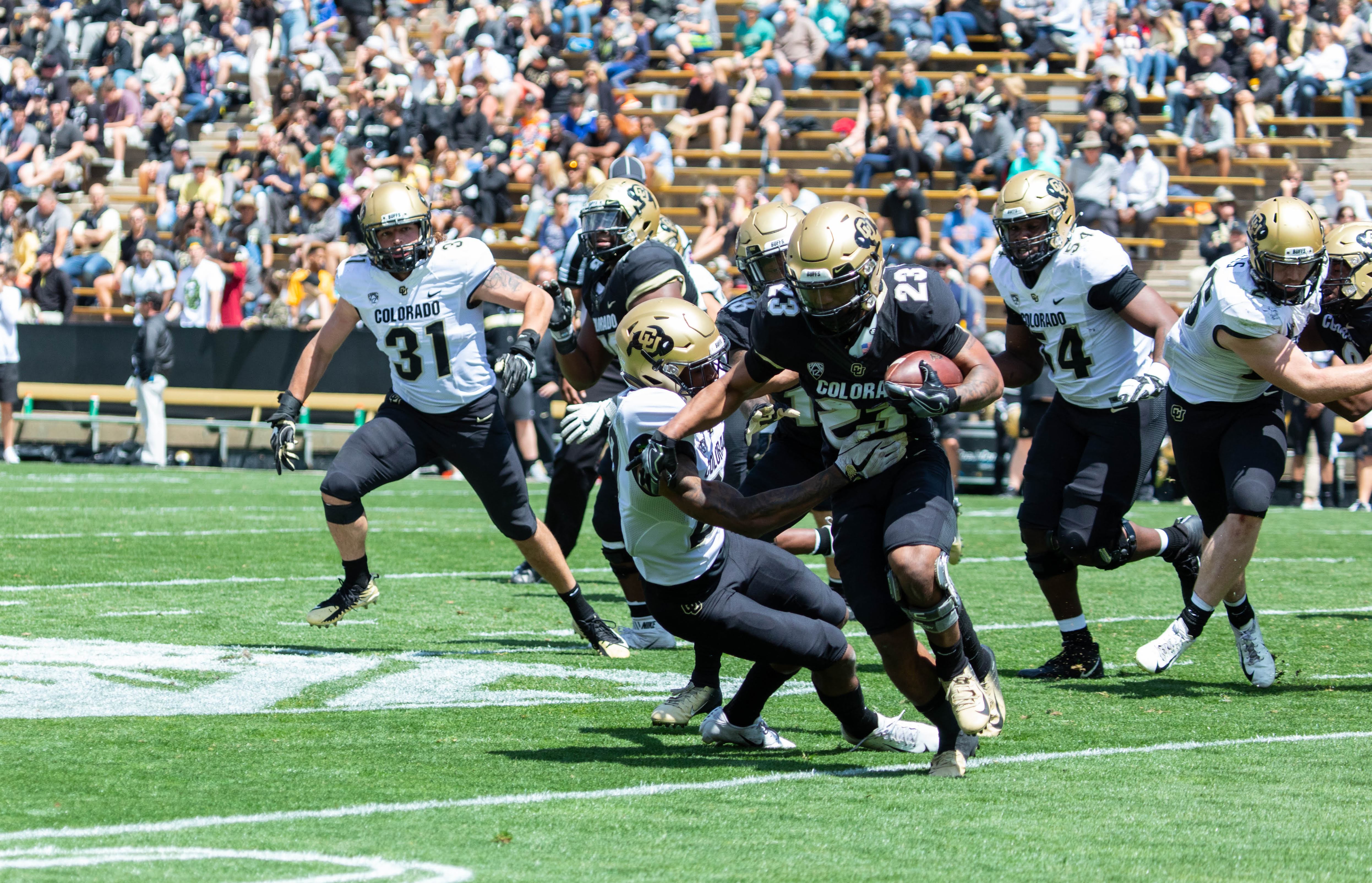 Freshman running back Jarek Broussard runs the ball down the field as he weaves around the Gold Team. April 27, 2019 (Casey Paul/CU Independent) 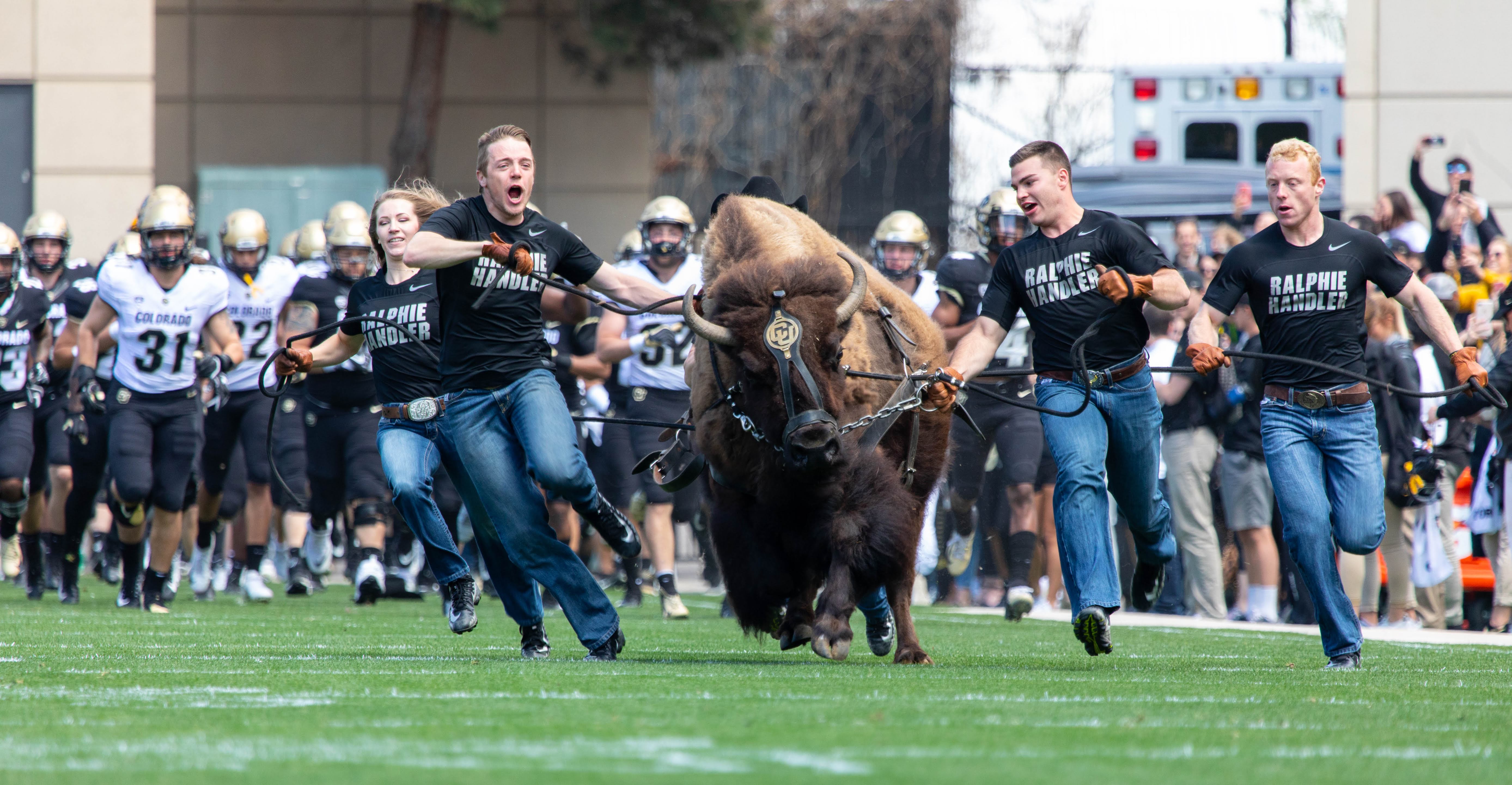 CU mascot Ralphie V runs down the field to start off the first half of the spring game. April 27, 2019 (Casey Paul/CU Independent file) 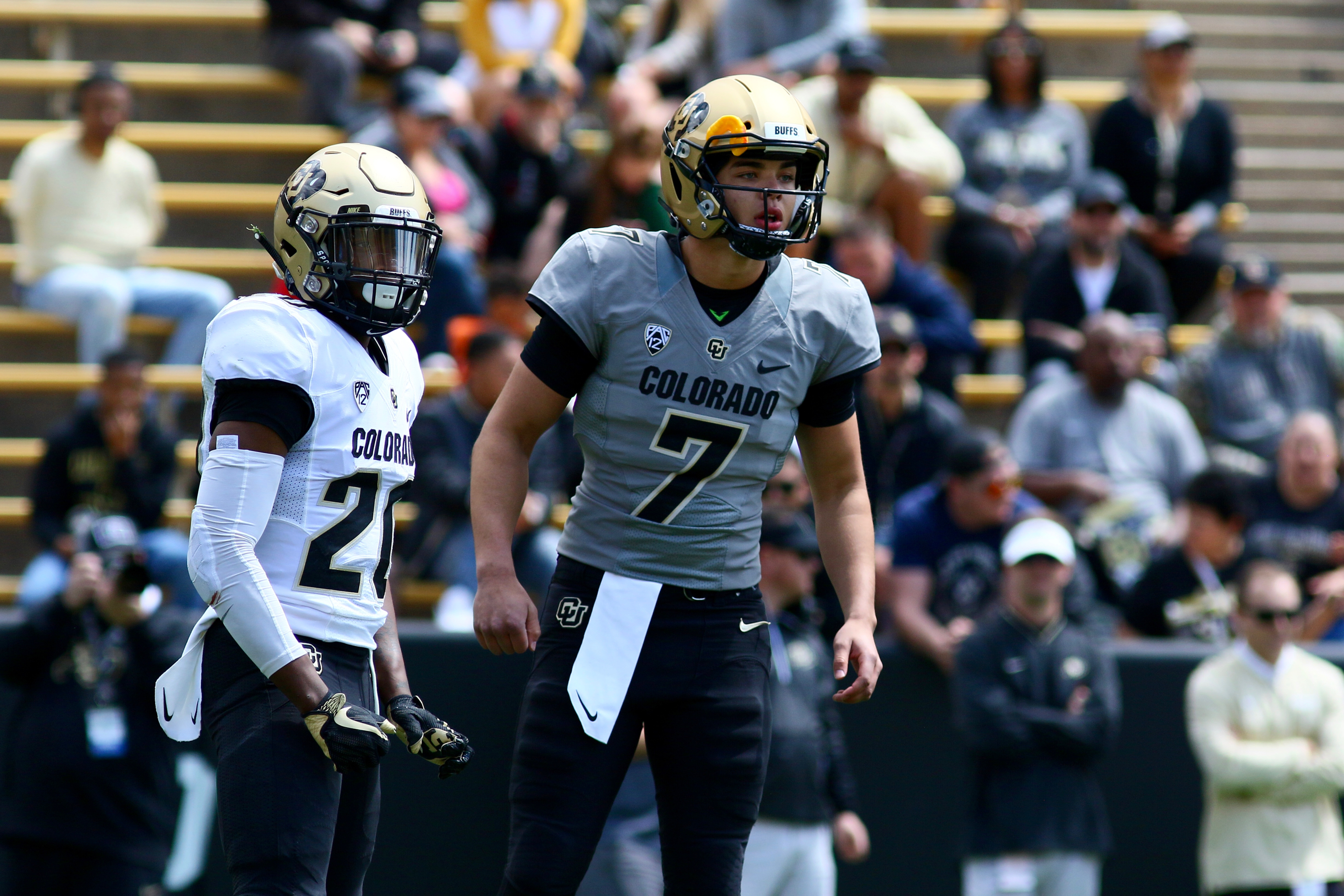 QB Tyler Lytle looks to the sideline during a break in the action at the 2019 Spring Game. April 27, 2019 (Nigel Amstock/CU Independent) 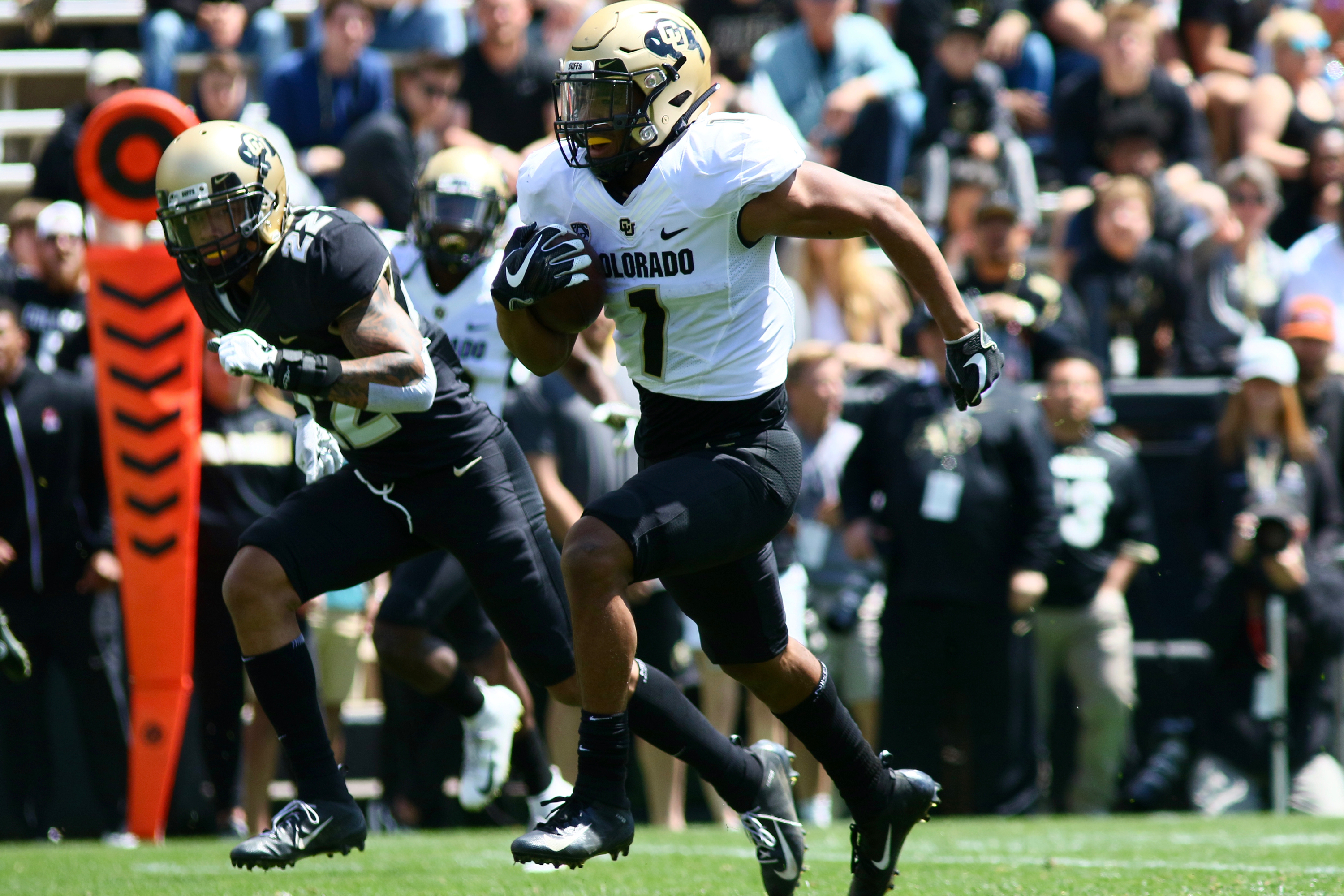 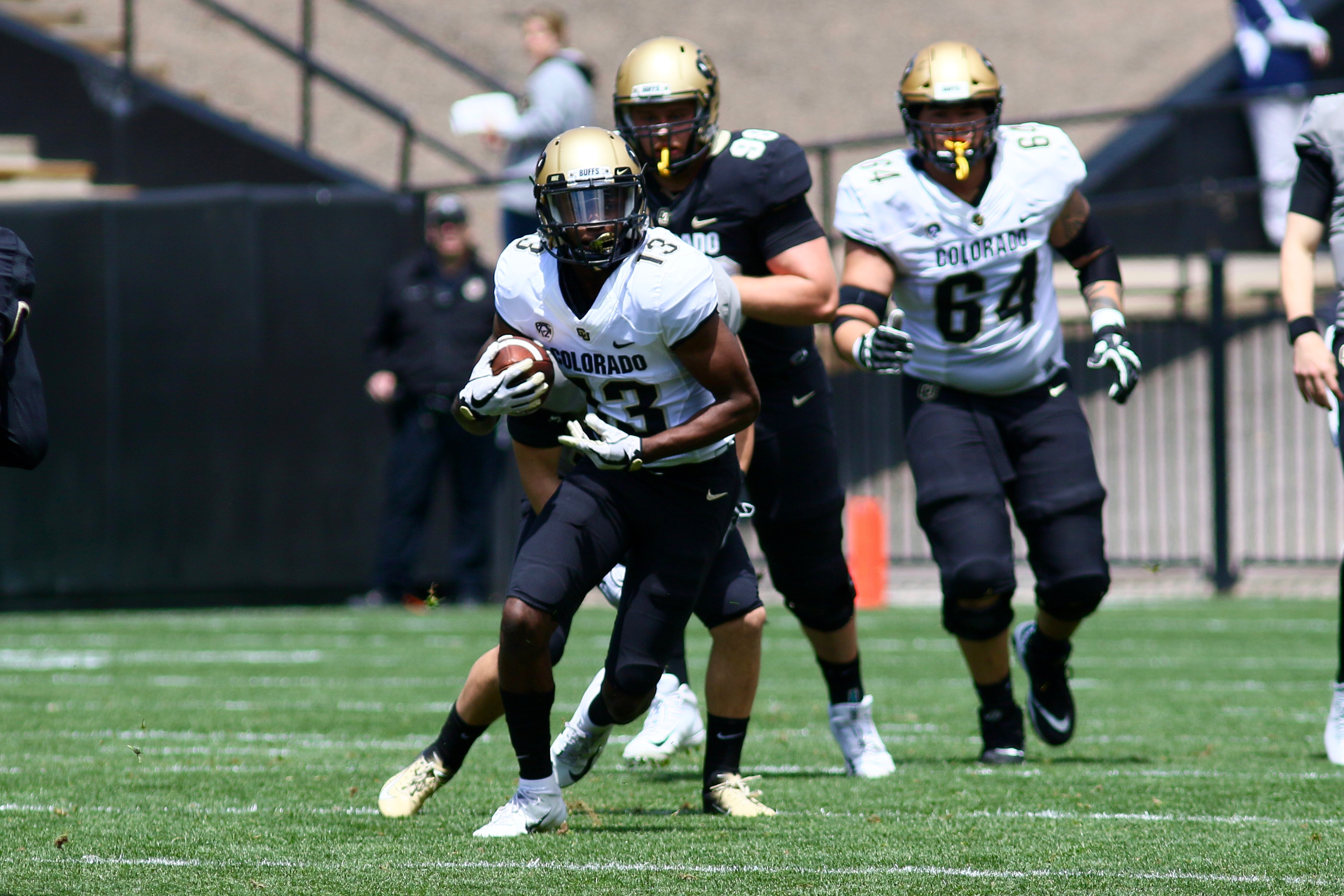 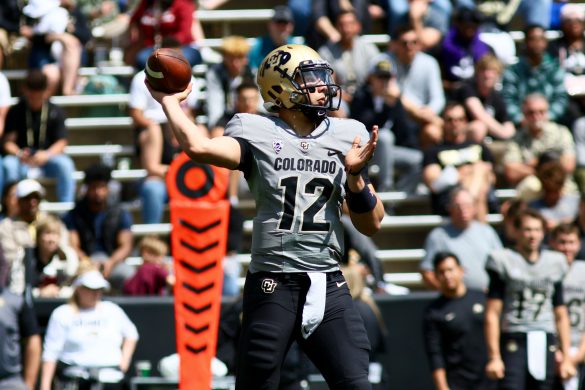 Junior QB Steven Montez looks to throw the ball down the field during the 2019 Spring Game. April 27, 2019 (Nigel Amstock/CU Independent) 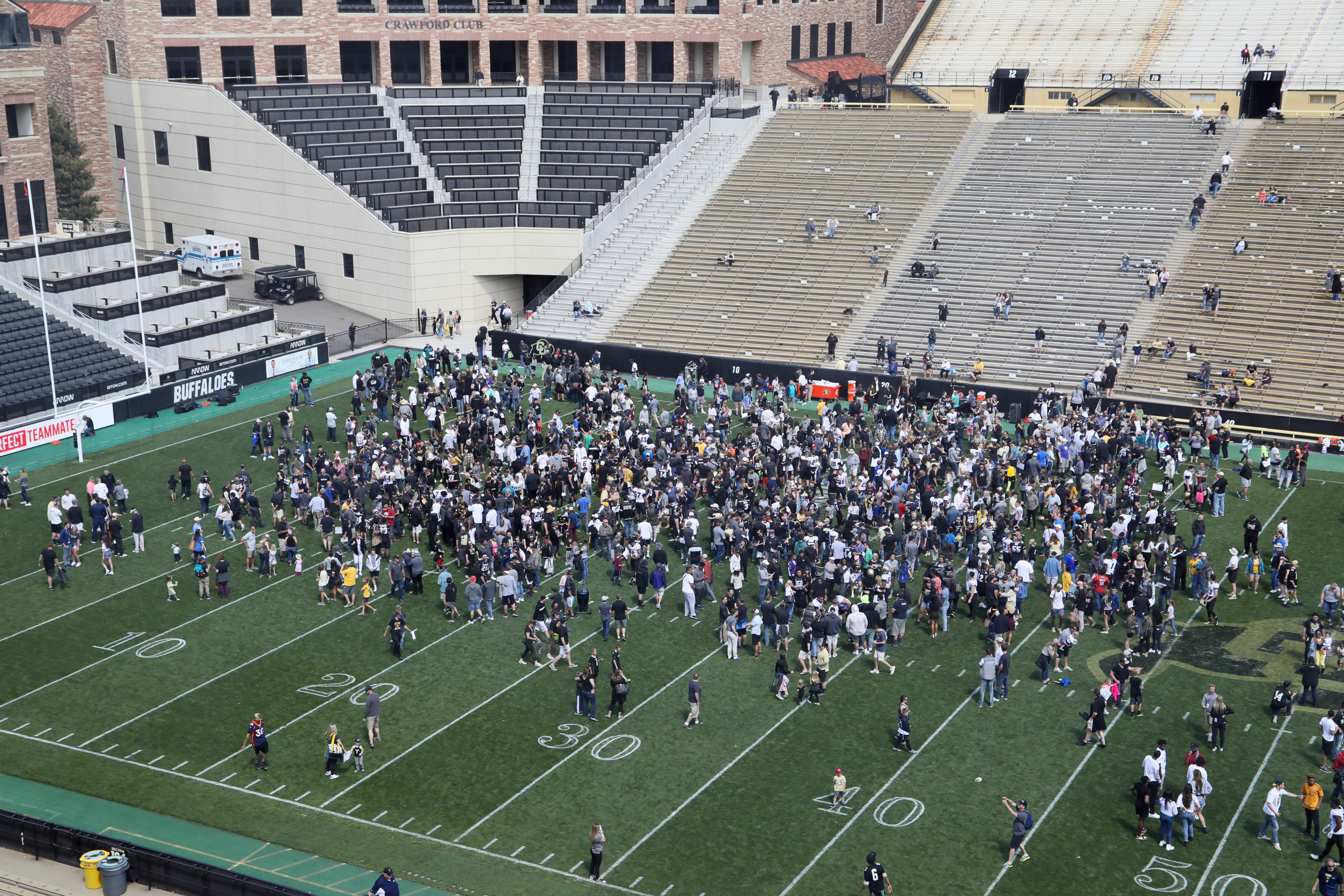 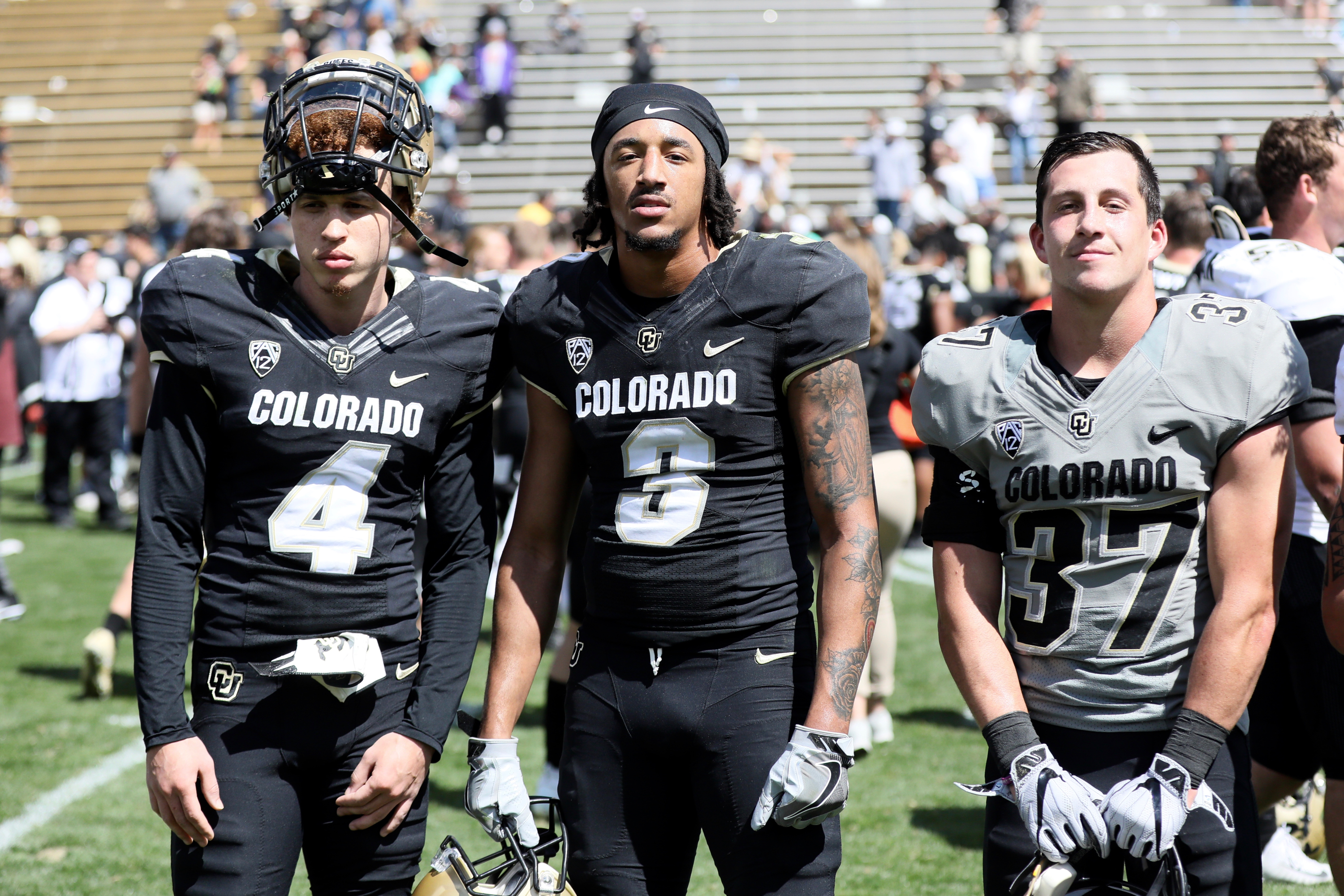 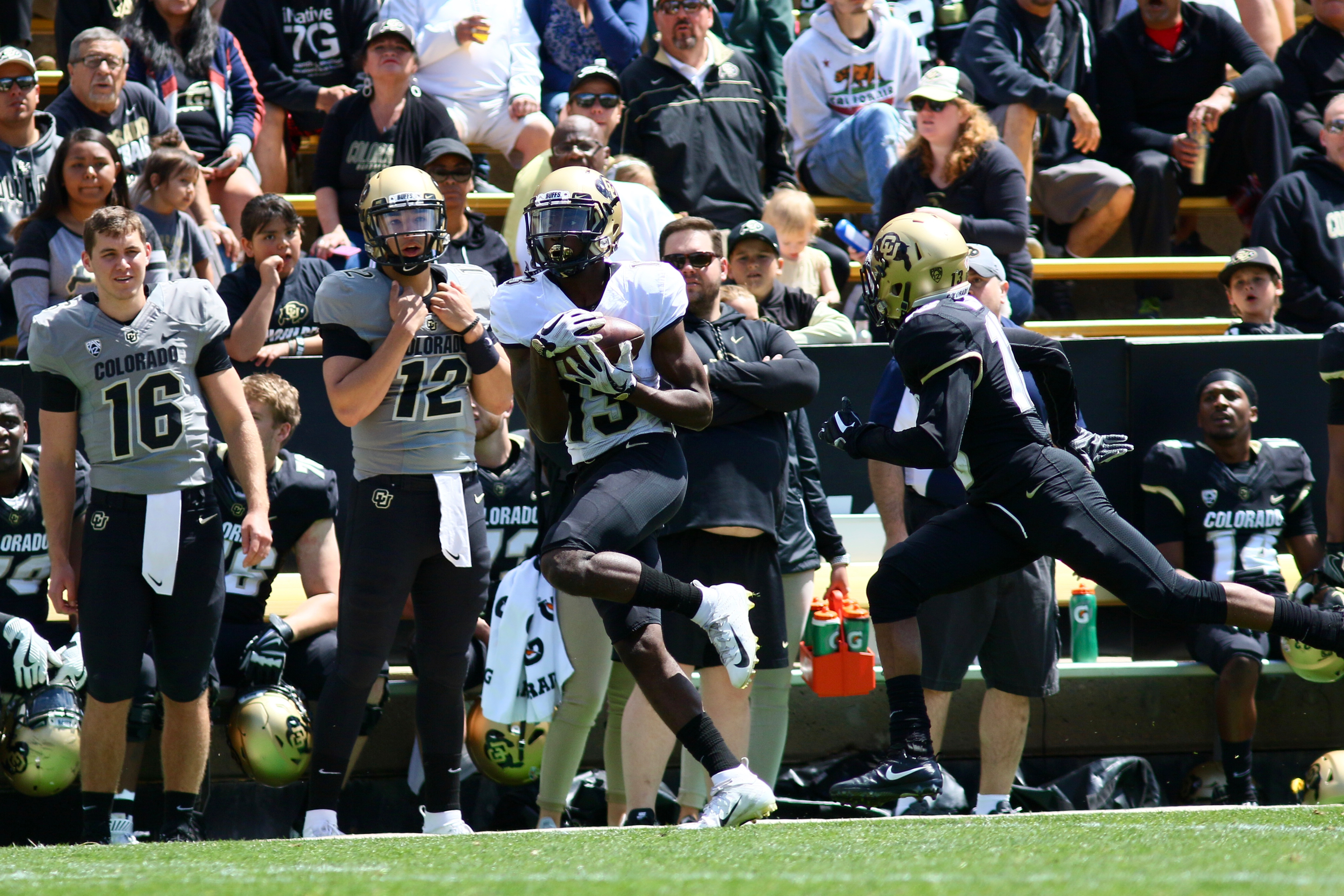