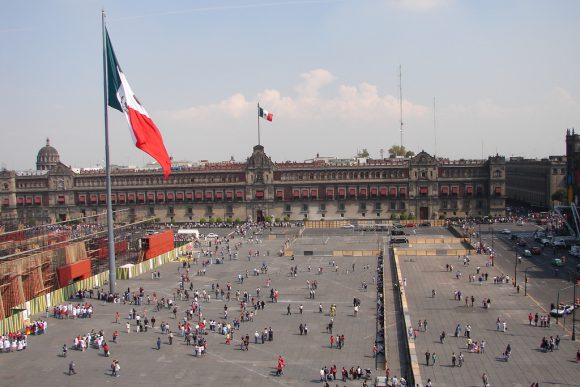 On Tuesday, Lori Hunter, a professor of sociology and the director of CU’s population center, presented her research on how climate change has impacted human migration patterns in Mexico.

Hunter began her lecture, organized by the College of Arts and Sciences’ honors program, with a summary of recent global research into the connection between climate change and migration. She said people from dry areas are more likely to move, especially in times of drought.

According to Hunter, the existence of diasporic social connections between those in destinations and those in areas acutely impacted by climate change also increases the likelihood and quantity of movement from specific towns and regions, as does political context.

“If there’s conflict, that’s going to intersect with these other things to influence movement,” Hunter said.

She also said economic opportunity, or lack thereof, is a huge factor in pushing people toward and away from specific places. Decisions about migration are extremely complex and can almost never be attributed to a single factor, Hunter said.

Still, the northern regions of Mexico are more tied to climate.

“Where there’s a whole lot of connections in the U.S., if there was a severe drought in recent history, people are much more likely to come to the states,” Hunter said.

Existing connections in the U.S. make it far easier to immigrate. Hunter said this was due in part to the increased ease of getting set up in a new country. She also said there is a lower social cost associated with entering an established and familiar community than going at it alone in a foreign land.

Hunter said that the agricultural industry, which depends heavily on climactic changes, draws more migrants during warmer times. This trend, which Hunter said applies exclusively to undocumented immigration, is clear evidence that climate change is already having a notable impact on agricultural markets, on the local level and the global stage.

Another key meteorological metric is rainfall. Although droughts are not inherently linked to increased carbon emissions, Hunter said the extreme and difficult conditions they produce are generally what gives migration from dry, rural agriculturally-dependent areas the biggest boost. Wet years, she said, tend to have lower levels of emigration.

According to Hunter, the phenomenon of Mexican immigration to the U.S. is the single largest and most sustained wave of migration in modern human history. This trend has reversed in recent years, however. Now, she says, more Mexicans who spent time in the U.S. are returning home than there are Mexicans coming north.