Opinion: CUSG doesn’t represent the student body and it’s our own fault 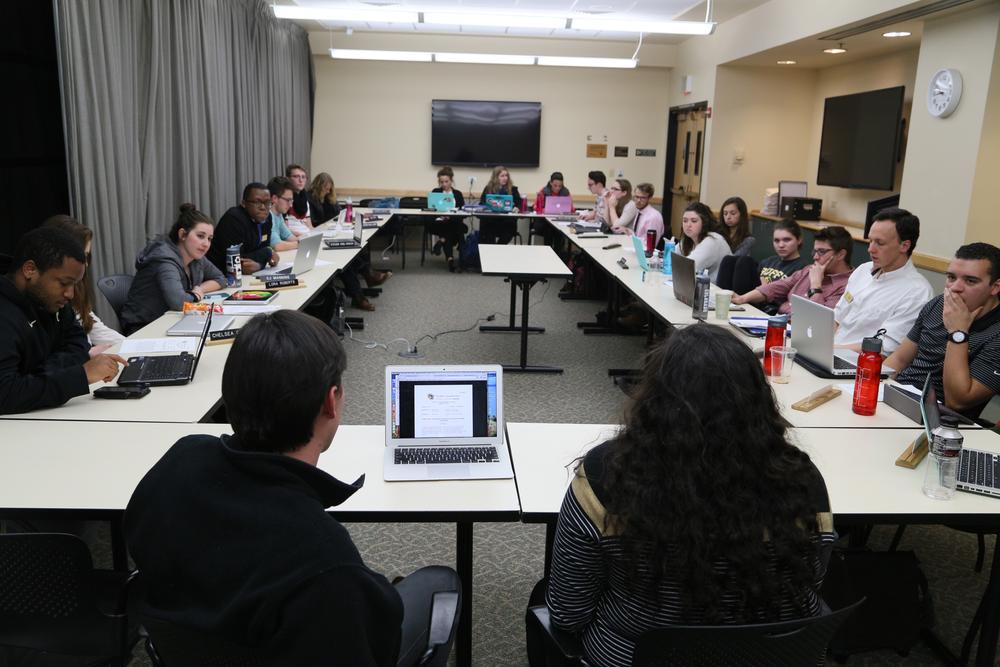 It’s election week. However, the only sign of it is the sidewalk chalk drawings urging students to “Vote for ___!” Despite these enticing rainbow colored messages, statistics predict that very few students will be participating in this upcoming CU Student Government election and that’s a huge problem.

Because of shockingly low voter turnout, the current CUSG does not adequately represent the student body of CU Boulder. This disconnect is evident in their abuse of power.

On their BuffConnect page, CUSG boasts about being “the most financially powerful and autonomous student government in the nation.” However, CUSG does not make good use of the opportunity that they have been given.

Each year, CUSG allocates $24 million of student fees. They allocate this money to various buildings and organizations that impact students directly. For example, the Student Legal Services, the Volunteer Resource Center, the Center for Student Involvement and Radio 1190 among others.

While CUSG has the ability to put their funding towards the extensive list of under-recognized and influential organizations, they simply don’t.

Last year, CUSG spent nearly $11 million on the CU Rec Center alone. That is approximately 45 percent of their total budget. In addition, they also spent over $6.5 million on the UMC — this is more than the amount of money that they spent on the Center for Student Involvement, the Cultural Events Board, the Environmental Center, the KVCU Radio, Legal Services, Off-Campus Housing, the Volunteer Resource Center, the Distinguished Speakers Board, the SOAC and the Outdoor Recreation Facilities combined.

CUSG spending over 72 percent of their $24 million dollar budget on the Rec and the UMC when they have the ability to make substantial contributions to organizations that actually impact the academic and cultural environment of CU Boulder displays the utter disengagement that the students of CUSG have with the student body.

Not to mention that, in previous years, CUSG members have proven themselves untrustworthy with their budget altogether.

In 2016, the Revolution party’s presidents-elects, Colton Lyons and Marcus Fotenos, were found guilty of 13 infractions each after their party had won the election. Some of these infractions included using campaign funds to purchase consumables such as pizza, cookies and flowers for some fraternities and sororities. They were also charged with bribery, tabling violations and underreporting of campaign expenditures.

Despite Lyons and Fotenos being charged with an outstanding amount of violations against the election code — ten violations would be grounds for disqualification — they were reinstated and served the following fall, controlling CUSG’s executive branch.

The root of CUSG’s gross abuse of financial power lies in the fact that they do not really represent the student body and, therefore, do not share their values.

Unfortunately, this issue is caused by the student body as a whole.

According to Alexa Donner, CUSG Election Commissioner, the average vote count from the 2015-2017 spring and fall elections were 2,081 votes. As of the fall of 2017, there were 33,246 students enrolled at CU Boulder.

This means that, on average, only 6.25 percent of students vote in CUSG elections.

In addition, although voting is anonymous, judging by the high number of CUSG members involved in Greek life, the previous bribery of fraternity and sorority houses using campaign funding, and the reported use of pledges going door-to-door to campaign for running parties, it is reasonable to assume that the majority of the 6.25 percent of students who are voting are students involved in Greek life.

This lack of voting allowed the current CUSG to develop. In 2017, nine out of 11 CUSG seats were held by fraternity and sorority members although only approximately 13 percent of CU Boulder students are involved in Greek life.

That is not an accurate representation of the student body.

Luckily, there is a way to fix the misrepresentation of the CUSG: vote.

Since CUSG holds such a substantial amount of power, it is shocking that so little of the student body participates in the voting process. One reason for this may be the confusing and vague nature of the elections and the organization.

The majority of advertisements for CUSG elections are the chalk drawings on sidewalks. While half-reading the words “Vote BOLD” on the walk to class gets the party’s name out there, it provides absolutely no information to what the election or the party stands for.

In addition, the majority of the student body most likely has no idea that the elections are taking place at all or what CUSG even does. And as you dig deeper into conducting research on the election, things don’t get much clearer.

CUSG describes the purpose of their organization in many different, confusing terms.

“[A]s your Student Government it’s our responisibliy (sic) that [funding] gets put to where it benifits (sic) YOU the most,” “At CUSG We work day in and day out to make sure that your needs are met,” and “we ensure that not only every student on campus has a voice, but that the needs of the student body are met,” are the various purposes highlighted on CUSG’s two sites.

However, they never specify how these goals are met beside the allocation of student fees. And, frankly, giving nearly half of the $24 million budget to the Rec does not benefit the majority of students “the most” or contributes to meeting “the needs of the student body.”

Also, besides the vagueness surrounding the organization as a whole, the group voting during elections makes it even more challenging to figure out what the representatives stand for. The concept of group voting makes participation more difficult because students aren’t allowed to vote for individuals, only generic promises hiding behind strange names. Students may have to decide between voting for a group in which they only support one of the three members or simply just not voting at all.

However, despite the various flaws in the system, voting and student participation is the only way to help improve CUSG.

It is up to us to make CUSG a system that represents us. The students of CU Boulder have the power to create a student government that actually makes the university a better place, we just have to utilize it.

The parties running in the 2018 CUSG spring election and links to their bios are as follows: