The Colorado Buffaloes (6-15) pulled off a nail-biting victory over the USC Trojans (16-6), with a final score of 66-63. After nine unsuccessful tries, it is Colorado’s first Pac-12 win of the season.

The Buffs were plagued by problems that have been commonplace this season. Fouling was once again a consistent theme for Colorado, as the team was called for 20 personal fouls, an all too familiar sight. But this game also saw Colorado turn the page on other issues.

Instead of fouling being a one-sided struggle, the Buffs actually won the fouling battle. USC was whistled 25 times during the game. Three Trojan players fouled out, including two starters. Even though they didn’t make it to the end of the game, USC’s two leading scorers — fifth-year senior Temi Fagbenle and freshman guard Aliyah Mazyck — scored 17 and 15 points, respectively.

Colorado countered with an offensive showing of their own. The team shot 44.6 percent from the field, and this was the difference of the game.

“Everybody did their part to a high-level with a ton of energy,” head coach Linda Lappe said. “It was a fun game to be a part of.”

USC’s three-point shot fell flat. The Trojans missed their first 12 attempts, then, with under a minute remaining, the team hit threes on back-to-back possessions. But the Trojans’ grave had already been dug. They couldn’t pull off the last-minute comeback.

Colorado’s three-point shooting also had little effect in the contest. Junior forward Haley Smith was the only Buffalo to hit from behind the arc, nailing her two three-pointers in back-to-back possessions. She led Colorado with 18 points. The rest of the team took five other threes combined, missing them all. After being a strong suit earlier this season, long-distance shooting is becoming less and less a trait of this Colorado team. The Buffs appeared to make up for this deficiency in rebounding.

“I think rebounding is just effort,” freshman forward Makenzie Ellis said. “I think everyone boxed-out well and got ourselves in position.”

Colorado killed the glass, outpacing USC’s boards by 13. This was reflected on the offensive glass too, allowing the Buffs to amass 15 second-chance points.

Defense, as of late, has been Colorado’s calling card. Though it won’t show on the stat sheet, the Buffs’ defense has kept the team in games where the offense wasn’t enough to hang close. In addition to their lack of three-pointers, USC shot 38.6 percent from the field.

“We haven’t been focusing too much on the past scores,” Smith said. “But I think that this one has been really great for us because we were finally able to get that breakthrough. We’ve been so close in the past few games”

To say the monkey is completely off the team’s back is a bit premature. This game could serve as a major lesson for future games. If they can keep this style of play going, they should avoid another 10-game losing streak.

The Buffs will look to gain another Pac-12 win on Thursday when they travel to face the Utah Utes. Tipoff is scheduled for 6 p.m. 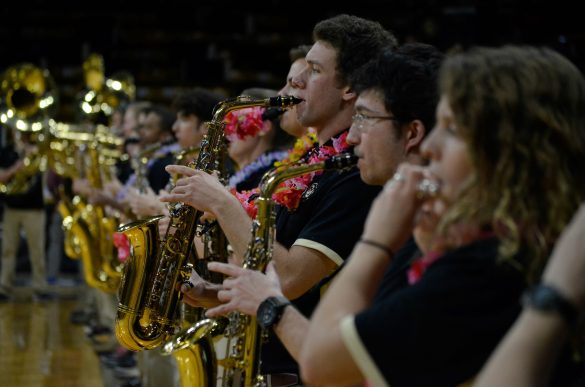 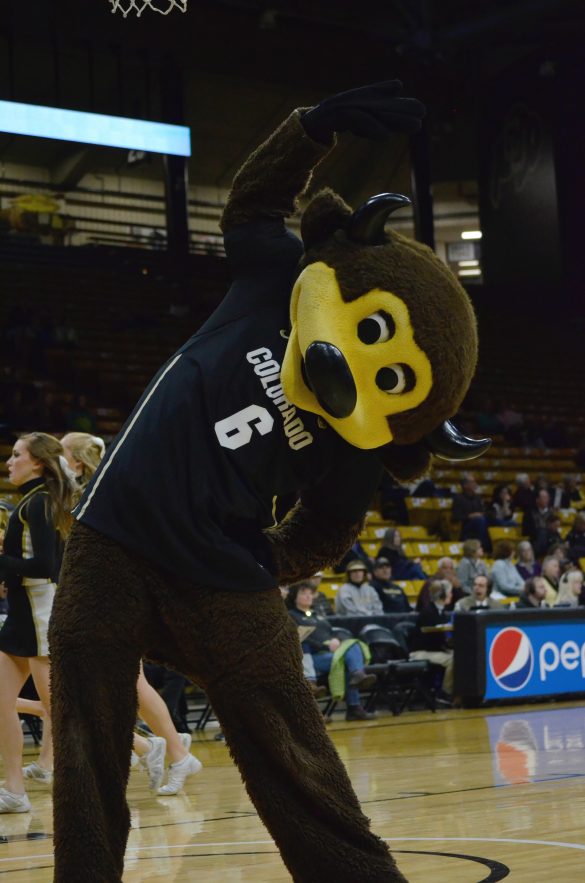 Chip, CU's mascot, distracts the other team by stretching during warmups at the USC vs. Colorado game at the Coors Events Center on Jan. 31, 2016. (Brianna Bradley/CU Independent) 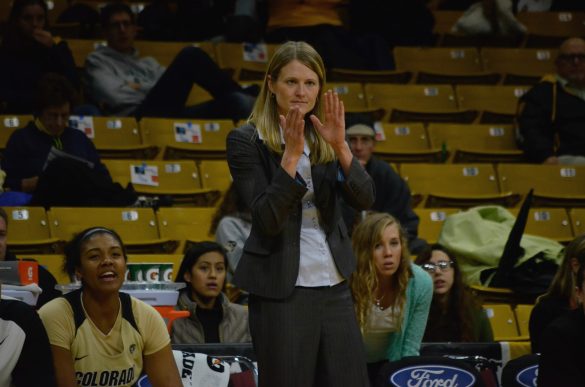 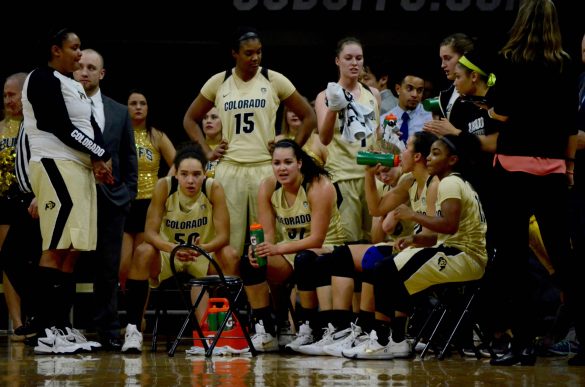 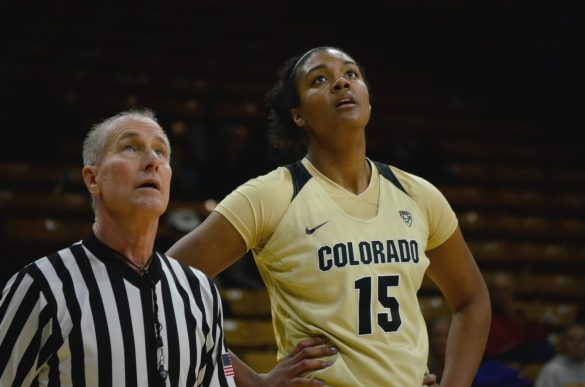 The Official and Zoe Correal (15) watch a free-throw ball at the USC vs. Colorado game at the Coors Event Center. Jan 31, 2016. (Brianna Bradley/CU Independent) 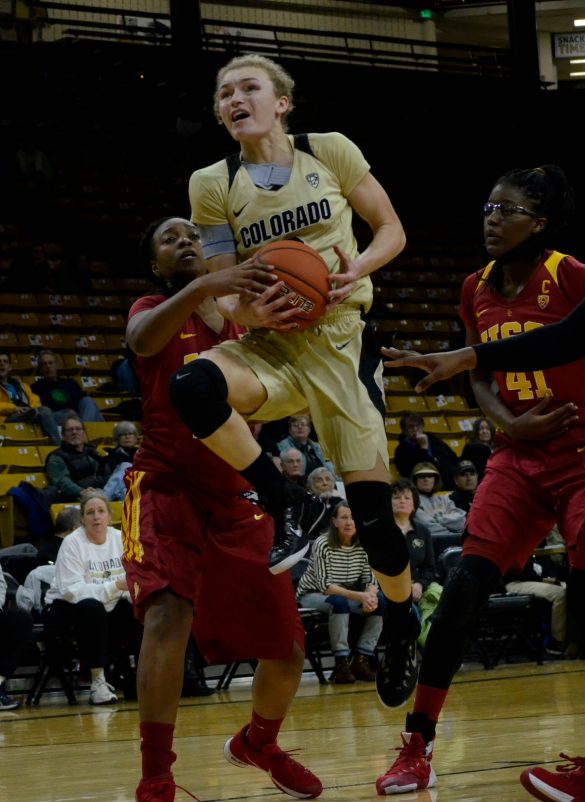