Girl on Girl: Ladies, saddle up 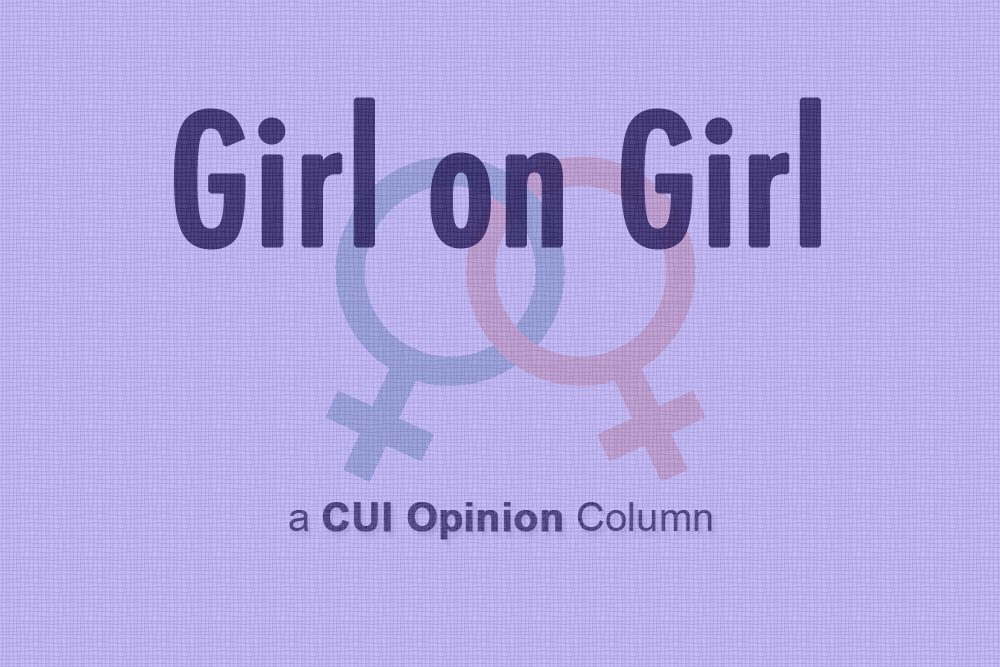 Many of us walk into college with a skewed idea of romantic and exclusive relationships, expecting a strict hookup culture following the “no parents, no problem” and “you’re only young once” idea. College is supposedly the sexual primetime, the hotbed for sexual activity—all that jazz. But even when the rare college student who does want a relationship starts to search for it, what stands in their way are the unwritten misconceptions of who’s in charge.

It’s often assumed that one’s feminine or masculine “nature” will encourage a man and woman to behave certain ways in any relationship—that a man will want to keep it casual while a woman will desire something more. And when a man suddenly shows interest in exclusivity and a woman backs away from it, everyone is surprised.

On the other hand, It can be intimidating for women to initiate the direction of a relationship. We have been socialized to understand that moving “too quickly” might “freak him out,” and that to keep him interested we must be “passive” and “play hard to get.” That we have to keep him “wanting more.” That sex should be withheld, that titles shouldn’t be mentioned, and that it is ultimately on the man to express where the relationship is or isn’t going.

Men being at the forefront of relationships is medieval. Not only have women changed over time, but men have as well. Women continue to gain more recognition in most every facet of life, and relationships are no exception. Men have also been encouraged to grow over time: where it was less socially acceptable for men to show vulnerability, the emotionality of men has become more invited. There is no reason for men to feel the tidal wave of pressure to carry a relationship, just as there is no reason for women to feel excluded from the decision-making space of a relationship. It is unfair to expect a man to nurture a relationship without partnership, just as it is unfair to expect a woman to hold back.

My dad once told me, “relationships end, or you get married.” It sounds kind of funny, but it really is true. The relationship starts, or it doesn’t, and then it ends, or it doesn’t. It seems so simplistic, but why shouldn’t it be? I’ll initiate it or you will, and I’ll work to keep it going and hopefully you will too, and then I’ll end it, or you will. Spin it however you’d like, it takes two to tango. So do you want to tango, or what?

Getting rejected sucks, and putting oneself in that vulnerable place isn’t easy. But it’s no easier for men. It takes guts for a man to ask a woman out or to show interest at all—that effort should not go unnoticed. But that risk of rejection should not be exclusive to the male species.

Women have a place in relationships, and initiating the first hello, the first text or the last—it’s important we know it’s okay to make things happen. The relationship will ride or die with or without your participation, but without it, it may not come to be anything at all.

My ladies: everything you’re talking about with your girlfriend, you know, about why he didn’t answer, why he didn’t call, why he was so talkative yesterday, why he felt distant today—no one can answer these question better than you partner can. There is nothing wrong with talking it out, but it is far more helpful to go to the source. You do not need to feel as though you must stand around wondering and waiting on him. You are more important than that, and far more powerful and influential than you maybe realize.

Regardless of your gender, your attraction, and your personality, a relationship takes two. There is no leader, there is no follower—there is you and there is me. Wherever a relationship is headed, or wherever it isn’t, it is two people that mutually make it happen.

It’s 2015 ladies. It’s time we saddle up. We are not part two of a relationship, but the other and equal half. There is a place for women in relationships, and it doesn’t have to look much different than men’s.