Opinion: The fight against climate change must happen as a collective 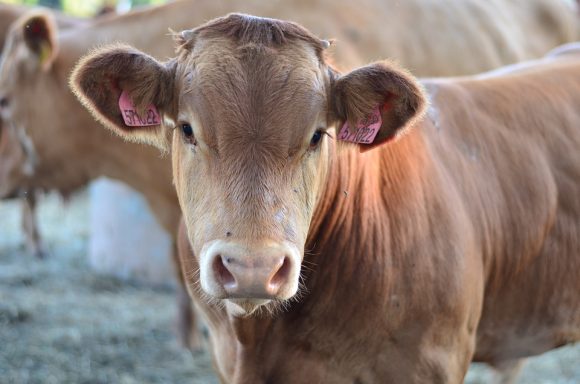 Recently, my colleague Savannah Mather wrote an article calling out folks who consider themselves “so Boulder,” yet can’t even throw out their trash correctly. While Mather was right to call out this hypocrisy and give more attention to respecting our environment, our discussions about environmental issues shouldn’t only be centered around the individual. To make real, lasting change to our environment, we have to act collectively and think structurally.

It’s no secret that about 100 companies cause roughly two-thirds of our global climate emissions, with less than 10 companies being responsible for over 20%. Yes, our individual choices to compost food waste or to not buy carbon-intensive products matter, but they have much less weight than the choices of these giant companies.

Unfortunately, the powerful tend to do what best is in their personal, short-term interest and the rest of the world be damned. The tobacco industry knew for decades that their products were deadly before admitting it, and even funded junk science to create controversy. Now, we’re seeing more and more evidence that the fossil fuel industry has known that they’re pushing us on our current path towards the drastic global climate crisis.

Individual choices alone won’t fix things. We might not be able to spend tens of millions of dollars lobbying policymakers as the oil and gas industry does, but we can force real change provided we work together.

Let’s look at three areas where Buffs can collectively work towards important structural changes to improve our environment, changes far beyond what any of us can do individually.

Divestment, as simply explained by environmental journalist Emma Howard is “the removal of your investment capital from stocks, bonds or funds … and could cause significant damage to coal, gas and oil companies.” As the climate, energy and environmental reporter Umair Irfan explains, “Divestment serves as a mechanism that lets activists go toe-to-toe with the giants propagating the status quo.”

You might recognize that this has been tried in our recent history; until fall 2017, Fossil Free CU fought to get CU to divest in the fossil fuel industry. While they failed at their main goal, they did force significant attention on the problem. Now that we no longer have a university president who spent the majority of his life being enriched by the oil and gas industry, we should work towards this important goal once more.

It won’t be easy, and it won’t happen without pressure. Here’s a telling quote from a 2017 Daily Camera article about that last divestment attempt:

“You can’t just sell all the stocks you don’t like and buy the stocks you do like because that’s not how we invest,” said David Gross, CU senior finance instructor and chair of the Boulder Faculty Assembly’s Budget and Planning Committee. “We invest in indexed products.”

Before saying that divestment is an impossible ask, recognize that universities across the country – from Brevard College, to the University of Massachusetts, to Stanford University – have already started to divest. Are they really more dedicated to the environment than folks at CU?

Moving beyond the divestment movement, we must point out the elephant in the global climate change room: the military-industrial complex.

The U.S. military is one of the biggest polluters in the world, emitting climate-changing gases on the order of medium-sized countries. And the damages aren’t only to the global climate; military bases and operations are notorious for damaging the areas in which they operate. As Chilean-based journalist Whitney Webb explains, “The U.S. Department of Defense has left its toxic legacy throughout the world in the form of depleted uranium, oil, jet fuel, pesticides, defoliants like Agent Orange and lead.”

If we care about the environment, we have to drastically shrink our military.

It’s also worth noting that until the 2015 Paris climate agreement, the U.S. didn’t have to act on, or even report, emissions from the military. Now that we’re no longer part of the Paris agreement, there are again no external obligations to address these emissions.

What does this mean for us? At a minimum, we need to have a very serious conversation about our campus involvement with groups like ROTC and our partnerships with the military-industrial complex. According to Llyod Thrall, former Army Ranger and Deputy Assistant Secretary of Defense for Force Readiness, “We live in a world where military and civilian spheres are converging.” To that end, he recently taught a special defense course on our campus. And while our aerospace department has many fantastic things going for them, we can’t ignore their partnerships with big players in the defense industry, such as Ball and Northrop Grumman.

Regardless of whether we think there are good things that come from these partnerships, if we seriously care about the environment we need to seriously address our willingness to partner with the military-industrial complex. And if we care more about our global environment than a sprawling military, we might need to challenge our school’s tacit endorsement of the status quo by changing these partnerships.

If we care about our environment, we’ve got to stop — or at least drastically reduce — eating animals.

We have significant evidence that one of the major ways we can combat global climate change is to drastically reduce our meat production. The recent Intergovernmental Panel on Climate Change report is pretty alarming, but it makes clear that we can improve our ability to fight climate change if we move towards plant-based diets. While environmental concerns don’t dictate getting rid of all meat consumption, they require drastically reducing and altering our meat habits, and not solely due to direct emissions. Per a Scientific American article, “A 2009 study found that four-fifths of the deforestation across the Amazon rainforest could be linked to cattle ranching.” While some want to destroy the non-forest Amazon, I’m pretty sure we’d be better off protecting the natural one.

Even beyond broad environmental concerns, our meat production causes drastic environmental harm to those who live near massive factory farms. Just read the following passage from a recent article in The Guardian about one of the rarely-discussed aspects of our farming practices:

“[There] is a massive open-air cesspool storing the pigs’ waste – a stagnant pool containing their feces, urine, blood and other bodily fluids – often referred to as a “lagoon” … When the cesspool reaches its capacity, its contents are liquefied and sprayed into a field across the street from Miller’s house.”

Unsurprisingly, research shows us that such horrid conditions are often concentrated in areas where folks are disproportionately non-white and impoverished.

While you can make individual food choices that do make a difference, we can do significantly more by also tackling things structurally. Many of us get significant amounts of our food from campus, so if we genuinely think that global climate change is a problem worth caring about, we could, for example, force the university to simply stop selling animal products. Such a change wouldn’t stop folks from going to the Hill to eat their animals, but it would make it less simple for most of us to engage in this ecologically harmful and unnecessary behavior.

Yes, individual choices matter, but we cannot ignore the structural issues that can have wider impact and constrain what individual choices we do have. According to environmental journalist Martin Lukas, “Individual choices will most count when the economic system can provide viable, environmental options for everyone—not just an affluent or intrepid few.” Doing things alone isn’t enough. The most important thing you can do as an individual is organize. Organize groups of like-minded folks to push for radical, structural changes. Individually, you’re just one person, but collectively, you can force real change.