Opinion: If you’re ‘so Boulder,’ at least throw out your trash correctly 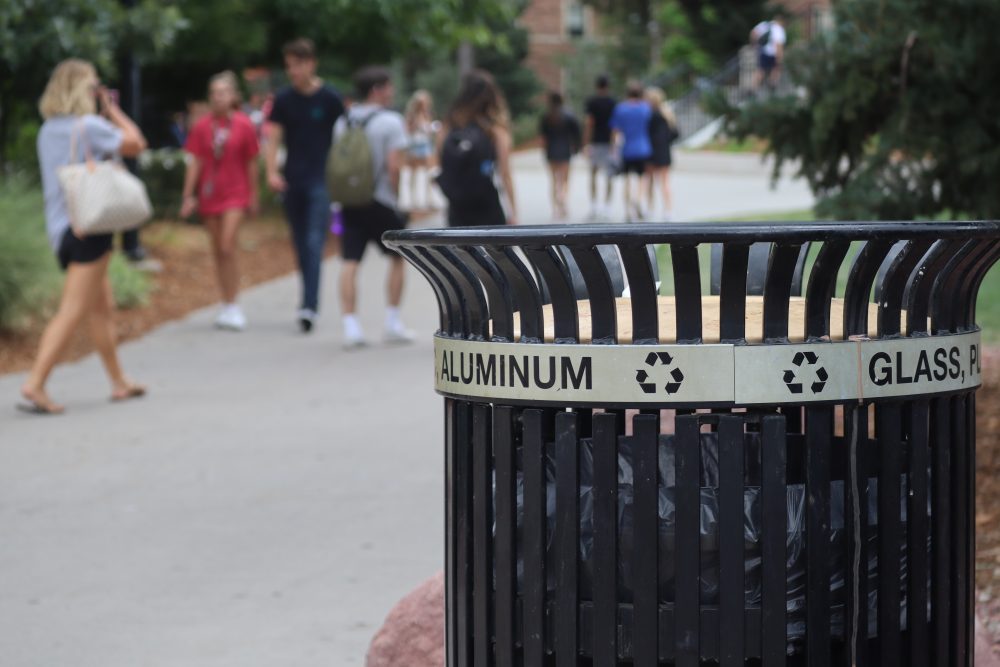 Living in Boulder, Colo., there is an unspoken belief that we are all eco-friendly, tree-hugging, Birkenstock-wearing Earth lovers. However, that mindset really only extends so far when we look at how active students and faculty at the University of Colorado Boulder are in fulfilling the campus’ zero waste goal. With an expansive collection of recycling bins, over 30 composting stations and signs describing where to properly dispose of your trash on campus, the university makes it fairly easy to keep our waste at a minimum. Despite these measures, it is not uncommon to see students and faculty throwing all of their trash into the improper bin. This turns us into hypocrites if we think of ourselves as progressive and environmentally friendly just because we live in a place nestled in the mountains and carry around $40 reusable water bottles.

Diffusion of responsibility is one of the greatest inhibitors of managing our excessive pollution around the world, including our trash. This phenomenon describes how no one person or institution carries the weight of an issue on their own shoulders. Instead, individuals comfort themselves in thinking that someone else will take care of it. The problem with this, as I am sure you can already put together, is that when billions of people, or in our case a campus comprised of over 36,000 students, take on this mindset, any promise of change is thrown out the window. This is not to say that CU Boulder is doing anything wrong; in fact, we should be proud to be a part of such a progressive institution in the face of climate change and degradations to environmental protections. However, if you are going to pride yourself on the idea that going to CU means you must be environmentally conscious, then taking the five seconds to look at which trash goes into which proper bin should not be a problem.

It is important to note that recycling contamination, or improper disposal of trash, is a worldwide epidemic, posing a serious threat to the environment. When materials such as plastics containing food waste, plastic bags, or unrinsed metal-capped glass containers are thrown into recycling, they contaminate the entire bin, forcing trash collectors to send everything in that bin to a landfill. This seems like a pretty insufficient system, but at the end of the day, even recycling is a business. Trash sorting facilities have to budget and allocate their money in the most efficient ways, and that does not include taking the extra time to pick out what should go in the recycling or the landfill. The cost for collection centers to sort extra waste that may not belong in recycling is far too high than what it costs to just divert it all to a landfill.

You may not realize how hazardous improper disposal can be for workers as well. Contaminants, hazardous waste and vector-borne diseases manifest in trash when it is not properly sorted, leaving workers exposed to potential infections or injuries.

And workers aren’t the only ones who suffer from the effects of poor trash sorting. It probably comes as no surprise that our planet has a serious pollution epidemic. One of the most prominent issues thanks to our lack of recycling and proper trash disposal is ocean contamination. Plastics and other waste are carried into the environment by wind or other force while being transported to a landfill, or through litter. Once these pollutants enter the ocean, they break down into microplastics, small traces of plastic that are hard to individually collect. These microplastics, as well as other waste, have found their way in mass quantities into the Pacific Ocean, creating what is known as the Great Pacific Garbage Patch.

“If you are going to pride yourself on the idea that going to CU means you must be environmentally conscious, then taking the five seconds to look at which trash goes into which proper bin should not be a problem.”

Microplastics are also often ingested by marine animals, leaving the chemical compounds in the material to absorb into the organism. Eventually those chemicals and toxins move up the food chain as the next animal feeds off of the first one that had plastic in its system already, and so on and so forth. This phenomenon is known as bioaccumulation. It’s an increasingly dangerous process occurring especially in marine life, affecting organisms as large as a Cuvier Beaked whale, which was found off the gulf of the Philippines this past March with 88 pounds of plastic in its stomach.

Although ocean clean-ups and marine conservation may be one of the most talked about issues among the dangers of pollution, it is important to remember how our trash affects us on land as well. Landfills are huge contributors to global warming. Landfill gas that is released during the decomposition of trash is composed of 50 percent methane and 50 percent carbon dioxide, two greenhouse gases that in excess amounts have detrimental effects on our atmosphere. Every time someone contaminates the recycling bin or throws all of their waste into the trash where items could have been recycled or composted, that increases the concentration of greenhouse gases into the atmosphere.

As a student or faculty member at CU, you may be surprised to know that although our Boulder bubble is highly active in striving towards a zero waste community, the state of Colorado is rather poor at trash diversion. The most recent data released about CU’s zero waste effort was from the 2017-2018 fiscal year, in which CU’s diversion rate was 51.32 percent. By comparison, the state of Colorado’s diversion rate as a whole was only 12 percent. During this year, CU also recorded a 5.57 percent, or 177 ton, decrease in landfilling. CU is a part of a growing number of schools that are involved with the Zero Waste International Alliance (ZWIA), which means that it understands that a “mature industrial economy could not reach literal zero waste,” but that it’s not impossible to get pretty close to it if we all take the time and effort to care.

The easiest solution to our laziness when it comes to proper trash disposal is to just read the signs above the corresponding bins, or take the few seconds to read the label on your coffee cup that says if it can be recycled or composted. As an institution that continuously takes on sustainable practices and environmental awareness, it would make sense for a strong number of community members to also care about current sustainable issues. The issue is some may agree and support the university’s efforts, but do little to act on them themselves. Those pictures by the Boulder Creek might look really good on your Instagram feeds, but they won’t for much longer if your waste ends up in them.