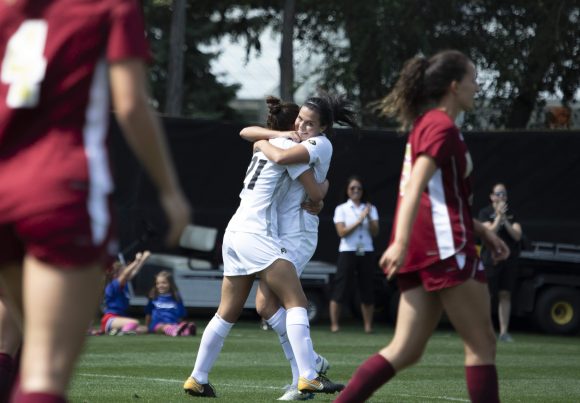 On Sunday, the Colorado Buffaloes’ women’s soccer team played host to the University of Denver Pioneers at Prentup Field in Boulder. The Buffs came into the game without a loss on the season and kept it that way with a 2-1 win that moves them to 8-0-1 on the season just before Pac-12 play begins.

CU came out firing on all cylinders with a relentless attack that gave them plenty of scoring opportunities early in the game. Junior forward Tatum Barton got behind the defense in just the 7th minute, but a great save from Denver goalie Brittany Wilson kept the score at 0-0.

The Buffs kept the ball in DU’s half of the field for much of the first half. When junior forward Stephanie Zuniga put in a cross, it looked like a sure goal off the head of Barton, but another block from Wilson kept it out.

Barton’s physical play and the Colorado attack kept their feet on the gas pedal, creating chances left and right, but a mass of DU defenders in the box plus a couple saves from Wilson helped keep the ball out of the net for much of the first half.

DU started mounting an attack later into the first half. A shot towards the bottom corner was met by junior goalie J.J. Tompkins as she dove to keep the score level. Whenever Denver got a shot or looked threatening on the attack, the CU defense was able to win the ball back and mount an effective counterattack.

The Buffs’ counterattacks were especially deadly considering how much space the Pioneers were giving them to run in the midfield. Freshman midfielder Emily Groark had plenty of space to work with on the wing, using her speed and ball skills to make defenders miss and push the ball down the sideline.

Groark made all the right moves, but it seemed every sequence ended in a block by the DU defense. Groark’s hard work finally paid off when she put in a cross that was met by the head of sophomore forward Marty Puketapu, who was able to slot it past Wilson for the Buffs’ first goal of the day, making the score 1-0 in the 27th minute.

Tompkins played an excellent game for CU in goal, showing how it was possible that the Buffaloes had only conceded two goals on the season to that point. Tompkins had six saves on the day.

A routine throw-in near midfield in the 39th minute turned awesome when freshman forward Chaynee Kingsbury did a flip off the throw-in and launched the ball into the box. The ball bounced around towards freshman forward Libby Geraghty who passed it right back to Kingsbury, who let a shot fly from 30 yards. The high looping shot went right through the hands of Wilson, making the score 2-0 as the first half came to a close.

The Buffaloes came out in the second half playing a much more controlled style, successfully keeping possession for long periods of time with crisp passes. After finally pushing into the Denver half, Zuniga put in a cracking shot off the volley, but a great leaping save from Wilson kept it from perhaps being the goal of the season.

Leading 2-1, the Buffs got a chance to stretch the lead to two after they were granted a penalty kick. However, senior midfielder Sarah Kinzner’s shot was blocked by an excellent save from Wilson, who seemed intent on making up for her mistake in the first half.

In the 66th minute, the Pioneers had some open field to work with and worked the ball into a favorable position. Senior goalie Scout Watson, who just subbed in, made a great diving save. But the ball dribbled back out into the box and Denver forward Camryn MacMillan was able to slot it away just beyond the outstretched arms of Watson.

What was nearly a fantastic double save from Watson became a glimmer of hope for the Pioneers as they brought the score to 2-1 with just under 30 minutes left to play.

After the Denver goal, CU began attacking again like they had in the first half. Megan Massey had a great strike off her left foot that looked to be the dagger for the Pioneers, but another great leaping save from Wilson kept it out.

CU did all they could to run out the clock as the second half went on, but a DU free kick just outside the box in the 89th minute looked to be threatening. However, the Pioneers couldn’t grasp their last opportunity and the buzzer sounded shortly after. The Buffs had hung on for long enough to keep their unbeaten season alive.

The girls are now 8-0-1 on the season and now enter the meat of their schedule as they get ready for Pac-12 play. They’ll play three straight road games to start conference play, starting with Oregon State next Friday. Sporting an undefeated record to start the season, the Buffaloes should have plenty of confidence to remain unbeaten, even on the road. 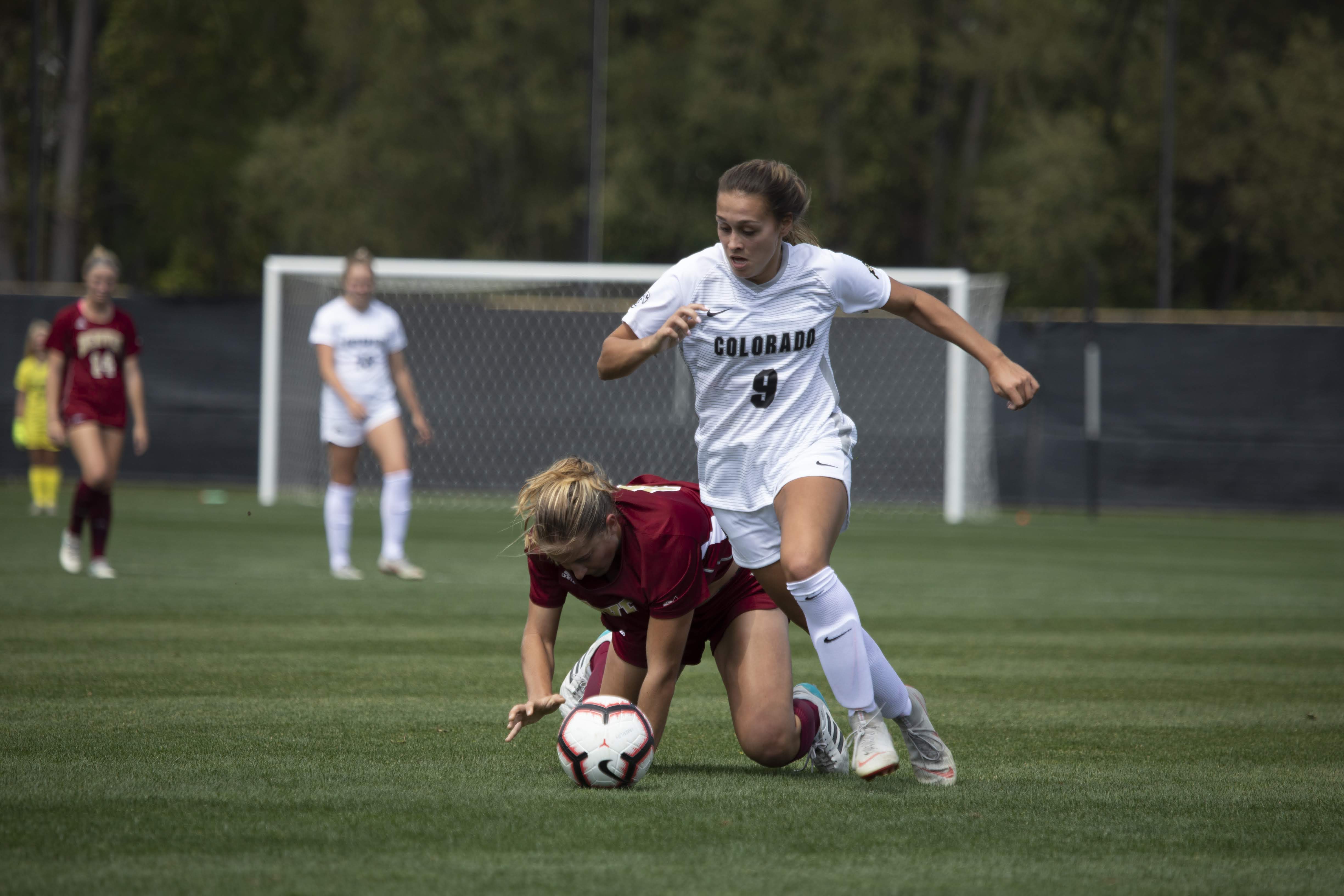 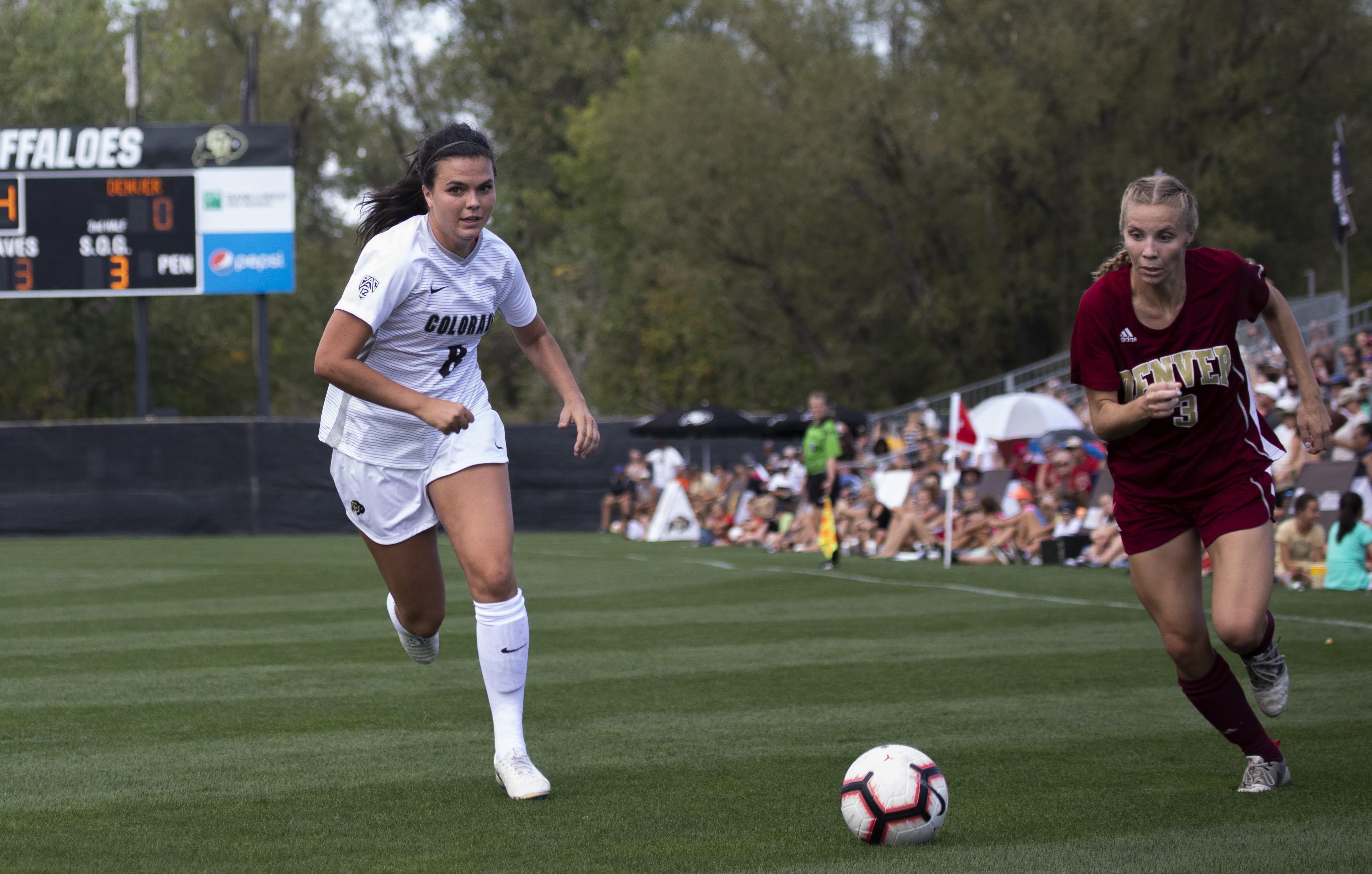 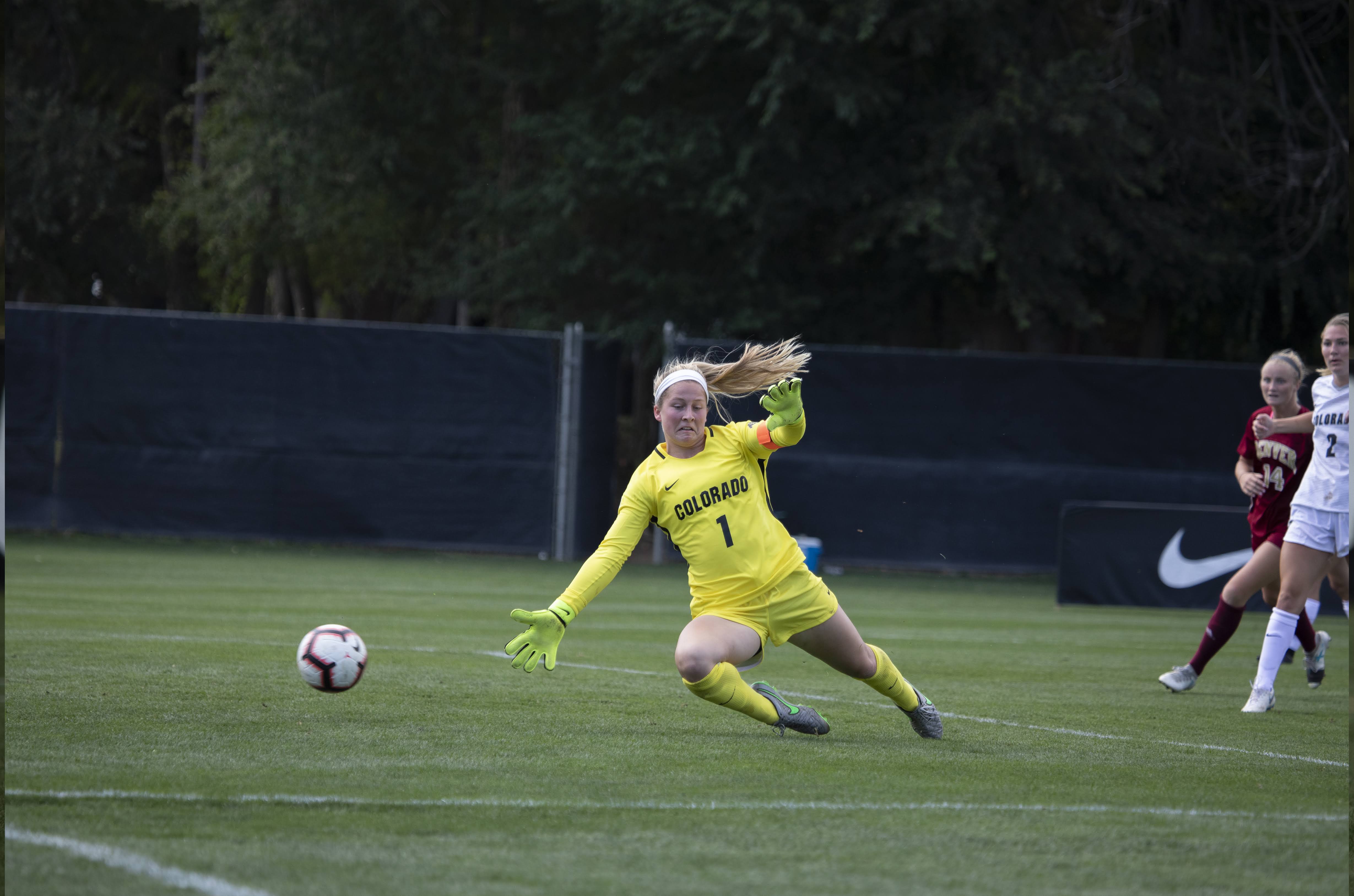 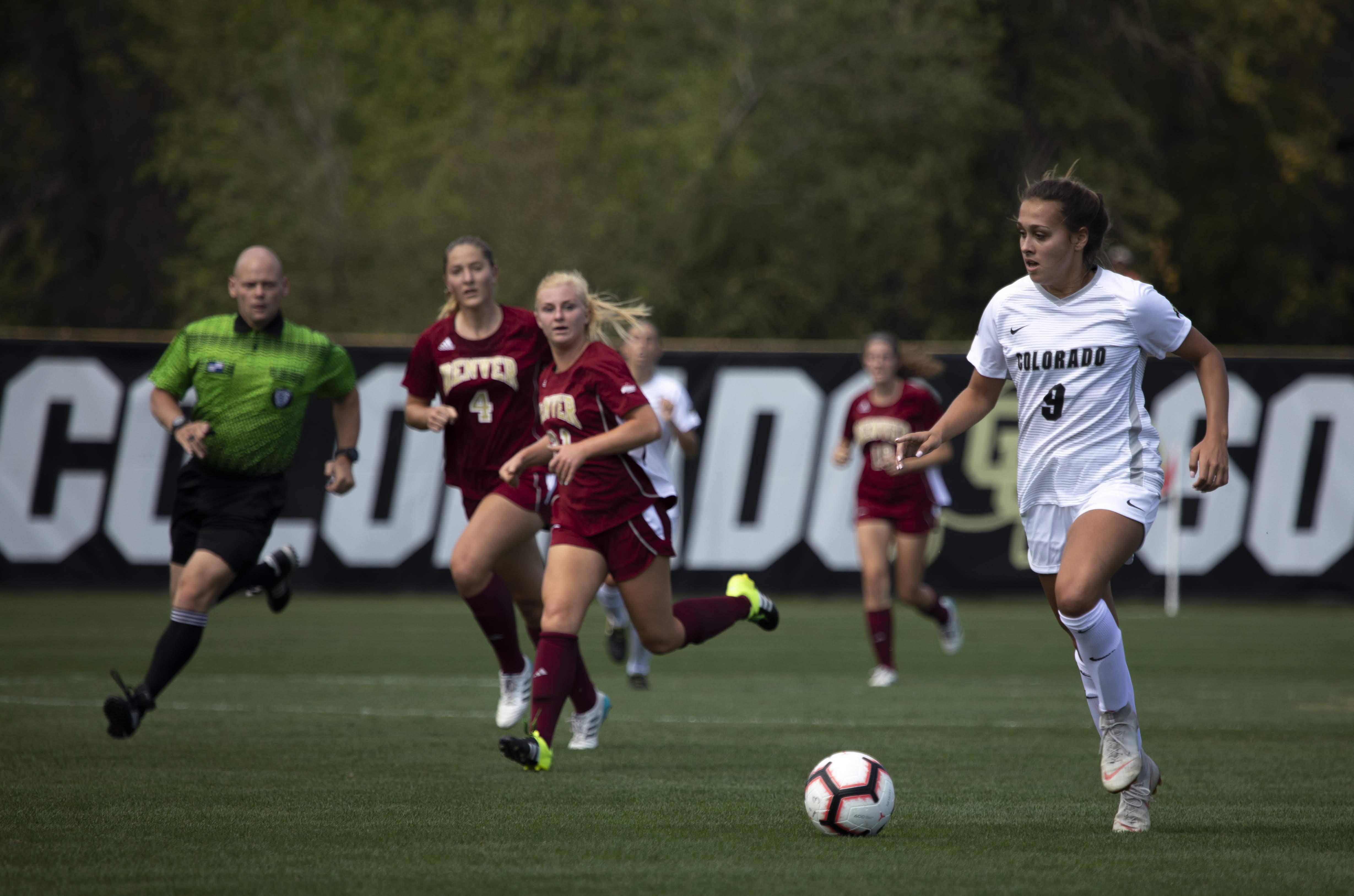