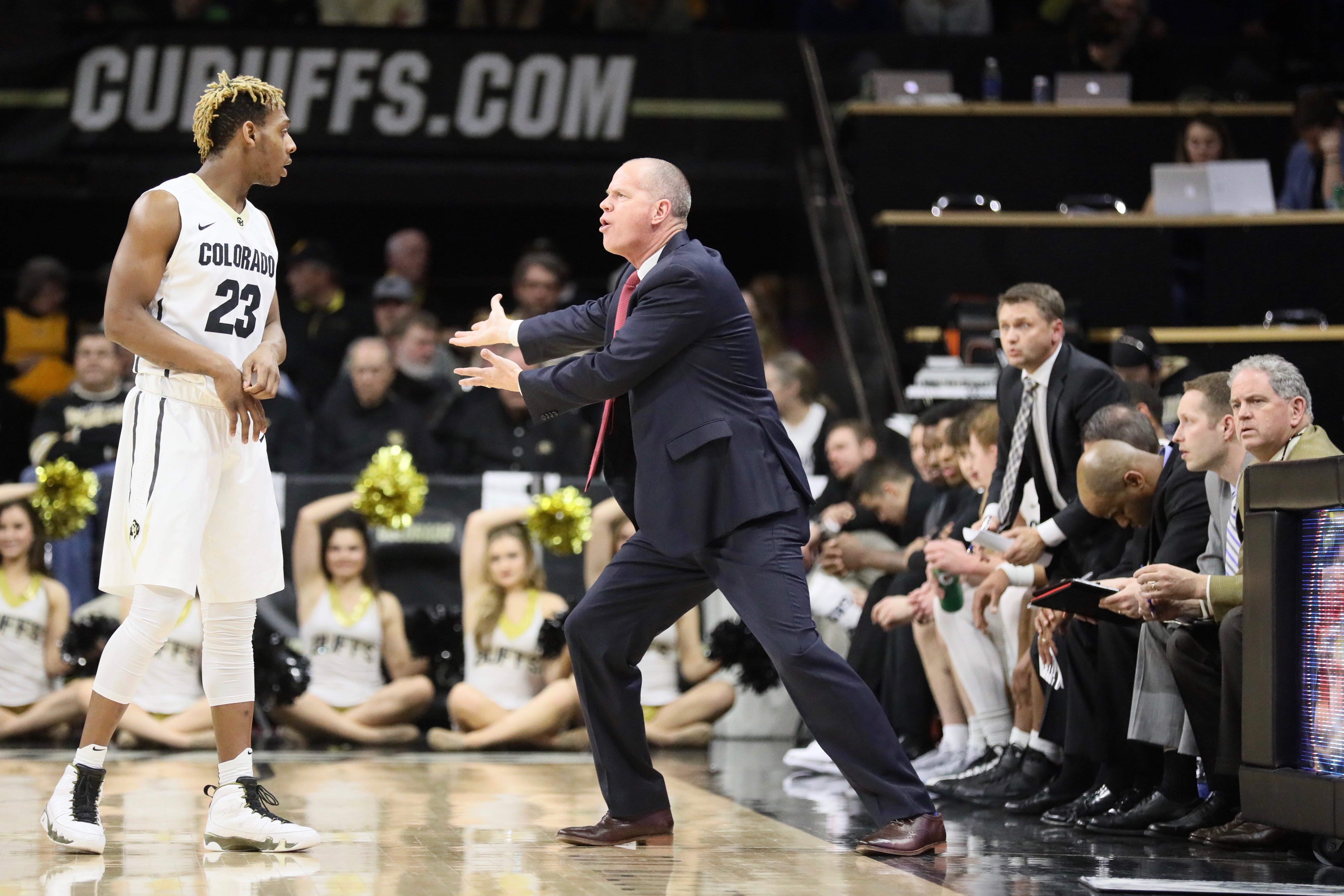 The Colorado Buffaloes basketball team is looking to rebound this year after an underwhelming 2016-17 campaign.

The Buffs ended that disappointing season 8-10 in the Pac-12 and 19-15 overall. They were unable to qualify for an NCAA Tournament berth and were bounced in the first round of the National Invitational Tournament.

In the offseason, the Buffs lost key pieces in Wesley Gordon and NBA draftee Derrick White. Without them, most of the weapons in head coach Tad Boyle’s arsenal are young, inexperienced players, including eight freshmen. However, the new guys seem poised and ready to compete.

“It’s a whole new face and whole new look. But I love this team,” Boyle said after practice on Tuesday. “Our goal this year is gonna be no different than in the years past. We want to qualify for the NCAA Tournament, compete for a Pac-12 championship, and hopefully be playing our best basketball in the month of March.”

This season, the competition is fierce for starting spots. Boyle has made it clear he won’t determine who gets playing time simply on experience and seniority. Every single position is up for the taking.

“There should be nobody in here that feels comfortable, in that what you did last year has no bearing on what you’re gonna do this year,” Boyle said. “Whether you’re a senior, whether you’re a freshman. It doesn’t matter, I want our players to feel like there’s playing time to be earned.”

With less than a week before their first exhibition game against the Colorado School of Mines Orediggers, Boyle doesn’t know what the starting rotation will be. However, the depth of this Colorado squad is encouraging

A part of this young nucleus, who understands the competitiveness of the situation, is freshman forward Evan Battey. A native of Villa Park, California, Battey came to Boulder with a presence in the post. He aspires to replicate a playing style similar to Golden State Warriors forward Draymond Green.

Senior guard George King, who last season averaged 11.1 points per game and led the team in rebounding, with 6.8 per game, has given Battey high praise for taking on a leadership role of his own.

“He points things out that I might not notice,” King said. “[Battey] has even pulled me to the side and say ‘hey GK, this is actually the better play’ … [he’s] one of those guys.”

The relationship between King and Battey is very encouraging for Boyle, who confirmed Battey’s knowledge of the game.

“When I think of basketball IQ, I think of Evan Battey.” Boyle remarked.

King also has an important role this year as a veteran mentor to the young members of the squad. He is known for being an athletic guard who excels defensively on the glass, but Boyle is looking for other qualities in him to benefit the team. He wants to see leadership and consistency in particular.

So far, King has signaled he’s ready to take on those responsibilities.

Guard McKinley Wright IV is another talented freshman that has caught Boyle’s eye. According to Boyle, the Minneapolis native has shown great effort and determination in training camp. Wright, an undersized prospect, has had a chip on his shoulder for most of his career.

“I’ve been like that my whole life,” McKinley said. “I’ve been one of the smaller guys on the team, but it’s in my heart. I don’t care about my size or who I’m guarding or how much larger they are. I’m just playing the hardest with my heart.”

On the other end of the spectrum, one of the more highly-touted prospects on this team is Colorado Springs native D’Shawn Schwartz. The highly-ranked small forward was included in the ESPN 100. He wants to contribute in whatever way he can, likely in rebounding or scoring.

At the end of the day, this team aims to rewrite the script from last season’s failures. The Buffaloes are ranked ninth in the Pac-12 preseason poll. That ranking could give them the edge they need to silence critics this season.

The Buffs will be hosting an exhibition game against the Colorado School of Mines Orediggers on Oct. 30 at 7 p.m. in Coors Event Center. Their first regular season game will also take place at Coors, when they take on the Northern Colorado Bears Friday, Nov. 10 at 6 p.m.