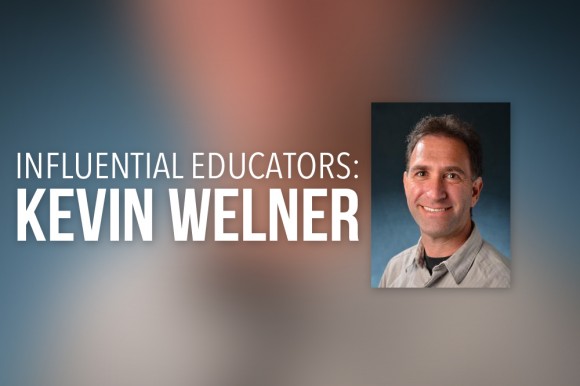 Changing careers twice has had its benefits for Kevin G Welner.

The most recent switch landed him working on the Schools of Opportunity project and has given him the ability to gain recognition for schools in New York, Colorado, and hopefully by next year, the nation.

Born and raised in Southern California, Welner went to public schools all throughout his education, but one teacher stood out more than the others.

“I had an English teacher in high school who was amazing,” Welner said when asked about Marilyn Whirry. “She later won the national teacher of the year award.”

“She approached education in a way that was extremely challenging but also extremely supportive, and engaging,” Welner said. “I think that even though I chose this career two careers in, I reflected on that a lot when I went back to pursue education.”

Director of the National Education Policy Center, Welner and his colleagues are seeking “to identify and recognize excellent public high schools that actively strive to close opportunity gaps by engaging in practices that build on students’ strengths, thereby creating engaging and supported learning opportunities for all their students.”

In his research, Welner has explored issues of tracking and de-tracking within schools.

Tracking, which has been around since the 1970s, focuses on the practice of sorting the entire school population by academic ability level for all classes.

“Tracking has been studied in detail for three decades and more, the research is very common and the results are very consistent,” Welner said. “The next question is ‘What should we do?’ that’s why I think the research for de-tracking is much more interesting, because we don’t know how to have successful, heterogeneously grouped classrooms.”

According to Welner, it’s essential to move, “from a system where kids are tracked to where the placement decisions are random.”

Welner continues by saying that, “the next step is to make sure that the teachers feel supported, and the specific supports that are coming to the forefront of the research involve helping teachers to individualize their lessons, to teach students the same thing but teach them in ways that provide different support and reach them in different ways… One thing that is really important is that de-tracking, in order to work, has to be structured so that all kids are getting the high track curriculum.”

Through analyzing data from a de-tracked school in New York called Southside High School, “we’re seeing that the de-tracking reform has been helping the high track kids as well as the lower track kids, pretty much everyone.”