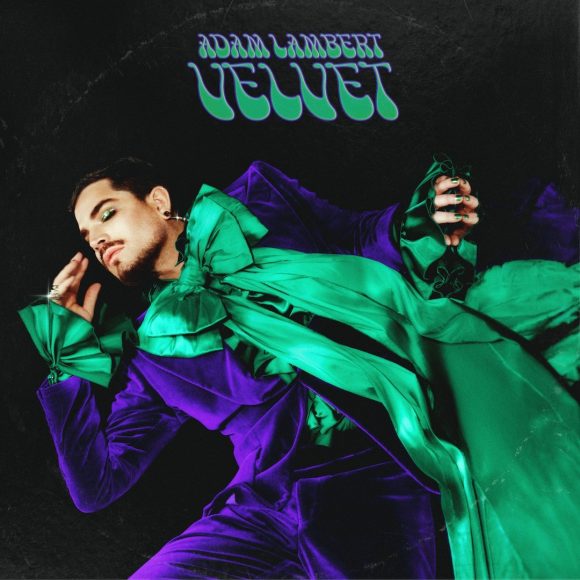 “I’ve been feeling nostalgic,” Adam Lambert croons on “Velvet,” the title track from his new album, released Friday. Touring on and off with Queen’s Brian May and Roger Taylor since 2009, Lambert certainly experiences nostalgia often, living in the shadow of the vocal powerhouse Freddie Mercury. On “Velvet,” the 38-year-old singer channels Mercury’s silky croon and ostentatious flair while staying true to his luscious pop aesthetic. Billboard fans voted it the best album of last week, ahead of even The Weekend’s and Balvin’s new releases.

Since his rise to fame on American Idol in 2009, Lambert’s style continues to evolve and surprise. His debut album “For Your Entertainment,” which included a Grammy-nominated cover of Pink’s “Whataya Want From Me,” established his style as an amalgamation of glam hard-rock and pop. His next releases “Trespassing” (2012) and “The Original High” (2015) tilted towards mainstream electropop.

Effortlessly funky and jazzy, “Velvet” is a new era for Lambert, a return to his retro inspirations. The title track, highlighting Lambert’s slippery falsetto, feels like a suave Taylor Dayne disco anthem. In “Stranger You Are” the funky bass weaves around the snappy high-hat, channeling Queen’s “Another One Bites the Dust,” and the interlude features a Stevie Wonder “Sir Duke”-esque brass solo. “Love Don’t” could easily be a hit Whitney Houston remix, like Kygo’s “Higher Love” remix.

Lambert’s silky throwback, however, suffers at times, especially on his collaboration with Nile Rodgers “Roses.” Rodgers potent funk overpowers Lambert’s airy whispers of “All I got was roses / Don’t mean without emotions / Baby just do it right,” leading to an anticlimactic chorus. Unlike their previous collaboration “Shady” from “Trespassing,” with Lambert’s pure sass and untouchable confidence, “Roses” felt too tame. In “Overglow” and “New Eyes,” Lambert’s delicate croon likewise gets lost in the dense texture.

Thankfully, in other tracks, Lambert finds his groove, creating catchy choruses perfect for the ’80s dance floor. In “Ready To Run,” a revamp of his “Trespassing” song “Runnin,” Lambert talk-sings “I ain’t fallin’ for your charm / Put a lock on my heart / Ready to run” above a driving beat and perky bass riff. “Superpower,” “Coming in Hot” and “New Eyes” feel grunge, letting the singer show off his unmatched rock belt, piercing through the distorted guitar.

In “On the Moon,” Lambert sings about tripping on the moon, his sensual falsetto melting over the light atmospheric synth, in a style reminiscent of a young Alicia Keys. The album closes with “Feel Something,” another spacious track, a heartfelt plea of “I don’t need to feel love / I just want to feel something.”

On “Velvet,” Lambert forgoes his distinctive glam pop for a fusion masterpiece, combining ’70s and ’80s styles of R&B, disco, synthpop and rock. He pays homage to retro icons, managing to fit the aesthetic of two decades in only 13 tracks. In “Superpower,” Lambert declares they can’t “put me in a box” or “make to be something I’m not.” After an album like “Velvet,” Lambert has certainly broken free from expectations, declared his independence and found his “superpower.”