Opinion: Valentine’s Day is not about love, at least not in the way it should be 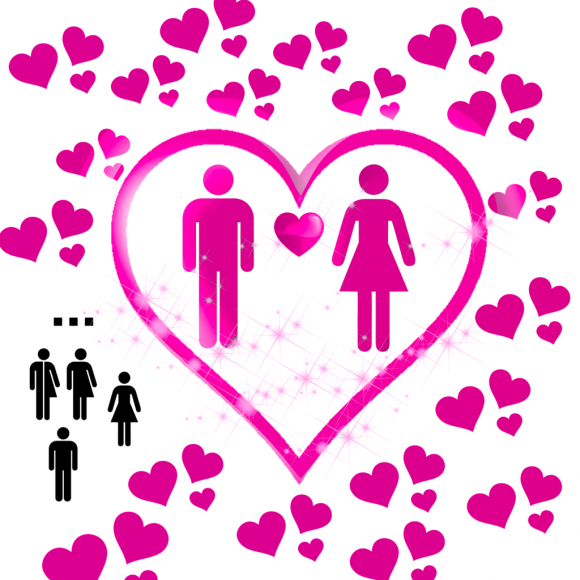 The epitome of Valentine’s Day is devotion to one, monogamous partner who is either on the giving or receiving end of cheap chocolate, fickle Safeway roses and a $10 Merlot. Is that the kind of love we all want?

The modern American version seems to think so. This holiday tells people how and when to experience the same kind of “love” as everyone else.

Historically, Valentine’s Day hails from the ancient Roman festival of Lupercalia. The characteristic that makes love what it is has changed over time. While the Romans emphasized fertility and the matching of future sexual partners via lottery, the modern version emphasizes consumerism, hetero-normativity and traditionally sexist gender roles. This is a testament to just how varied the concept of love is.

For example, the 2020 line-up of Hallmark Valentine’s Day movies features exclusively heterosexual relationships. And the main advertisement photo on the Kay Jewelers website showcases a man and a woman passionately kissing as their model for love.

Shane Company‘s Valentine’s Day slogan is “This year, give jewelry — because she deserves a gift that lasts a lifetime.” The only message in this ad is that women and their lasting love can be bought, and sometimes, on a deal.

AdoreMe, an online lingerie company, sells its clothing not by appealing to practicability or comfortability, but rather a woman’s sense of self. AdoreMe tells women that their value as human beings is correspondingly interlaced with sexual viability. Its newest Valentine’s Day advertisement line is, “Our sets featuring cut-outs, bold colors and strappy details allow you to express your boldness and unapologetic confidence.” It must be horrifying to think that a woman could gain confidence from humor, intellect or a promotion.

What’s worse? Each of these examples has a price tag. They promote a materialistic and consumerist attitude towards a genuine human experience.

Valentine’s Day is not only hetero-normative and misogynistic, but it’s also extremely trite; proclaiming that humans love in a superficial capacity. The pressure to engage in love based on romantic and/or sexual behaviors is also perpetuated by the classic Valentine’s Day sweetheart candies. Typical sayings include WINK WINK, UR HOT, YUM YUM, BE MINE, WWW.CUPID, URA TIGER and YOU & ME. Even though some sayings are more platonic, such as 2000 HUGS, #1 FAN and RISING STAR, the majority are indicative of romantic or sexual love.

“Each of these examples has a price tag. They promote a materialistic and consumerist attitude towards a genuine human experience.”

Love at the University of Colorado Boulder is vastly different. For some, love is platonic, while for others it is romantic, familial, emotional, self-transcendent or even physical. Not only is student love disproportionately misrepresented by heterosexuality and traditional gender roles, but students are taught to think about love as more than romantic relationships.

At CU, professors have looked to define love from the perspective of their discipline. Zoe Donaldson, an assistant professor of behavioral neuroscience at CU, did a study on which brain chemicals were responsible for the ability to form long-term bonds with other humans. Some would define this kind of relationship as “love.” By observing prairie voles, a uniquely monogamous mammal, Donaldson identified the hormones vasopressin and oxytocin as essential in forming these long-lasting relationships.

Megan Shannon, a professor of political science specializing in international relations, defines love in terms of cooperation. She said emotions influence interactions between nations because countries are just masses of people.

“In some ways, countries fall in love and they do loving things every day because they’d rather cooperate more often than conflict with each other,” Shannon said. Examples of cooperation Shannon included were trade agreements, human rights treaties or environmental pacts.

Valentine’s Day preaches that love flows from the faucet of our hearts. However, if it isn’t apparent from the insight of various professors at CU, love is crafted by the brain. It’s just as complex and intricate as the inner workings of our minds.

Contrary to popular belief, Valentine’s Day is a demonstration of just how much we ignore love. The increasing normativity of mass-produced, heart-shaped love is truly frightening. It is as thoughtless and vapid as choosing truffles from a Russell Stover chocolate box.

If Valentine’s Day isn’t reflective of true human experience, why do we buy into it?

Believing an advertisement’s concept of love is ignorant and incredibly dangerous. Until we challenge these normative definitions of love, we continue to insult ourselves.

This Valentine’s Day, go out and love, but don’t do it in the way Hallmark tells you to. And certainly don’t stop after Feb. 14.

Vayle Lafehr is a Freshmen at the University of Colorado Boulder studying International Affairs and Philosophy. She is an opinion editor and writer at the CU Independent. She enjoys calling attention to a variety of issues that affect CU students.