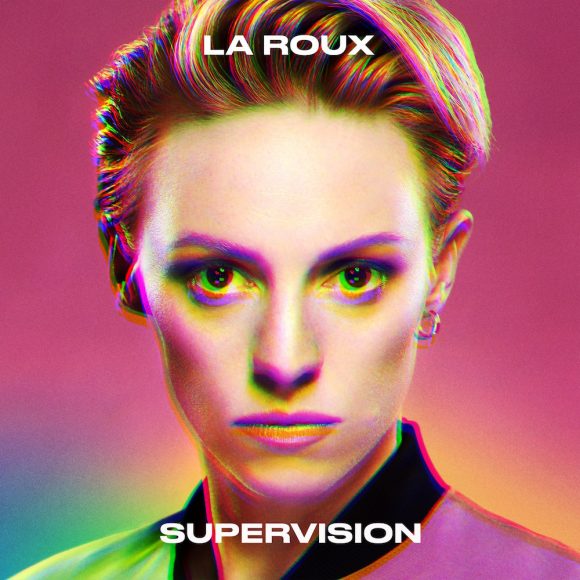 In her critically acclaimed 2014 sophomore album, “Trouble In Paradise,” La Roux crafted a vibrant, bright and layered retro sound with unapologetic disco influences. Throughout the album, she paired funky and cheerful dance tunes with introspective and heartfelt lyrics of love, lust, heartbreak and relationships. Five years later, “Supervision,” released on Feb. 7, explores the same stark contrast with even more intimate lyrics and a wider range of topics yielding understated yet still colorful instrumentation.

Soon after Ben Langmaid departed from the synth-pop duo, lead singer and producer Elly Jackson was faced with revamping La Roux as a solo project. Jackson released “Trouble In Paradise” and underwent stylistic reformation, creating an image and sound for a name that has relied heavily on iconoclastic tropes from the golden era of synth-pop. La Roux changed dramatically.

Five years prior, the synth-pop act had taken the mainstream pop music world by storm with singles like “Bulletproof” and “In for the Kill.” La Roux’s sophomore album was a bold attempt at bringing back the old-school disco and marrying it with modern layered synthesizers. Together with somber lyrics, the outcome was a unique album that crossed between dance and pop. It was an album that made it hard for the listener to stop themselves from moving their hips to stories of heartbreak and decaying love.

Just like “Trouble In Paradise,” Jackson released “Supervision” under similar circumstances. She had the follow-up to her sophomore album mostly completed a year later when she broke up with her long-term partner and ended up scrapping the album completely and starting over. What came to fruition was nearly a quarter of a year writing and recording process, resulting in Jackson’s darkest and most understated album yet. As a dance synth-pop album praised for being quiet and melancholic, “Supervision” is unique. However, it’s not far outside of Jackson’s wheelhouse, given the time spent shaping La Roux into a category of its own.

Almost all songs on “Supervision” are composed from a very similar palette. They are repetitive, light with sparse electronic sequenced drums and strum-heavy funk guitar. The synths are mellow yet embellished via rhythmic patterns. A plethora of added depth and texture cycles throughout. In the first few listens, the album resonates and becomes formulaic. However, apart from its lead single “International Woman of Leisure,” the album has very few attempts at catchy hooks or earwormy melodies, an unusual choice for the genre and La Roux in general.

La Roux uses the laid-back instrumentation as a backdrop for her vocals to stand out and take the lead heavier than previous albums. Her lyrics are sincere, heart-to-heart conversations, where Jackson opens up about her emotions in the wake of an emotional low point, laying out her feelings of lost love and self-doubt. Lines like “Do you feel like you’ve forgotten something?/ Do you feel like you’ve been left behind?/ Does it feel like you’re running from it? / All the while, running out of time?” from the track “Do You Feel?” are even more impactful when delivered over groovy, colorful instrumentation. The mood of the album is similar to witnessing someone having an emotional breakdown in the middle of a party where everybody else is having the time of their lives.

An understated dance album with vulnerable lyrics sounds very much like an oxymoron, which is a testament to the scale of the risk La Roux is taking. She is pushing the boundaries of the genre and exploring how multi-faceted a dance album can be. The eclectic energy of Jackson pouring her heart out while trying to make her listeners move allows her to connect with her audience in an intricate way. Sadly, the genius of “Supervision” will likely go under the radar for many due to a lack of flashy or catchy moments. However, for the patient listener who is willing to dedicate their attention and be patient with it, this album is a one of a kind experience that fits in nicely with the La Roux catalog. “Supervision” makes its creator feel like a life-long friend who the listener has been with through the highest of the highs and lowest of the lows.

La Roux is coming to Gothic Theater in Englewood on Mar. 16. More information and tickets can be found here.