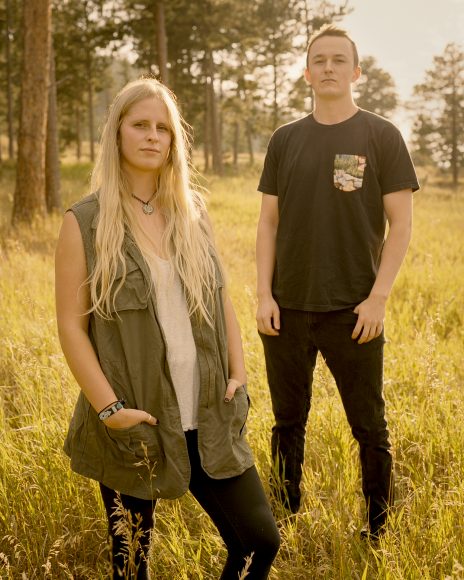 No Touch. (Courtesy of No Touch)

Electro-soul duo No Touch will release their fifth funky single “Church” on Friday. A colorful music video shot in Denver’s trendy RiNo neighborhood will also be released on No Touch’s Youtube channel.

“I wanted to draw from old school funk records, the kind of songs that just immediately make you move,” Caj said. “I started with a groovy bassline and built pieces around that foundation.”

Like Hozier’s hit “Take Me to Church,” No Touch has an irreverent take on their new track “Church,” though without Hozier’s philosophical commentary.  No Touch’s song is a simple celebration of love and pleasure, backed by a brassy guitar and syncopated, building beats.

“Lyrically, it’s a tongue-in-cheek play on religious imagery,” Cass said. “We don’t take ourselves too seriously; it’s certainly not a harsh exploit on the subject. ‘Church’ is an ode to love and lust for all us sinners.”

No Touch will release their debut EP in spring 2020. No Touch can be found on their YouTube channel or on Spotify.