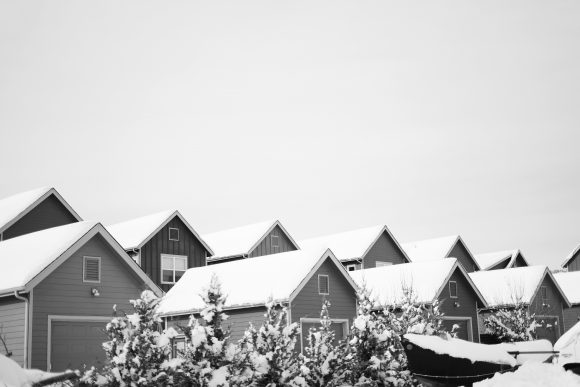 In November, Boulder voters cast their ballots for a number of issues such as increased taxes and open space protection. But the issue of affordable housing dominated much of the 2019 election, with many Boulder City Council candidates positioning it as a key policy. Four out of five Boulder activist groups named affordable housing as one of their main focuses in choosing candidates in the 2019 election. But for many residents, it remains a perplexing issue.

Jay Sugnet, senior planner at the City of Boulder’s Department of Housing and Human Services, said Boulder was one of the first cities to adopt an affordable housing program back in the ‘80s.

“There was a general concern that Boulder was more expensive than other parts of the state,” Sugnet said.

Despite a long history of affordable housing initiatives, the issue persists.

According to the city, only 7.8% of housing units in Boulder qualify as affordable for low and moderate-income households.

The average price for a detached single-family home in Boulder is estimated at over $1.2 million, with the median price being nearly $1 million. From 2014 to 2017, the number of single-family homes in Boulder County listed for under $250,000 decreased by 72% and the number of attached dwellings listed for under $150,000 decreased by 87% as reported by The Denver Post.

Regardless of these programs, housing is still unattainable for many. According to the city’s communication department, only about 37% of city workers live in Boulder. Sugnet said that number is going to keep decreasing.

“Boulder needs to be a well-rounded community, one where people can work, live affordably and have access to the amenities and services they need,” said Eric Budd, a representative from activist group Better Boulder.

One frequently proposed solution is rent control which establishes a maximum price on what rent can cost in a certain area.

California, Oregon, New Jersey, New York, Maryland and the District of Columbia all implement some form of rent control on the state-level or in individual municipalities.

However, controlling rent on private residences is forbidden in Colorado per a 1981 law. A bill to repeal that law failed to pass earlier this year.

Local laws often prevent proposed housing solutions. Budd said that duplexes, triplexes and townhomes are not allowed in the city due to its zoning laws.

“The median price of a detached, single-family home in Boulder is $1 million,” Budd said. “In order to serve more people and promote compact, sustainable development, Boulder needs to legalize duplexes, triplexes and townhomes to create the kind of affordability we need.”

The city also faces problems with its existing services.

“We have a lot more demand for housing than we have supply,” Sugnet said. “So the challenge is that if we advertise a lot more, more people are going to be disappointed.”

As the system is now, Sugnet said that some residents have been waiting several years to find a home. When affordable properties do become available, it often creates competition, leading to randomized lotteries selecting who gets to buy the home.

In addition to low supply, there can be resistance to creating more affordable housing options.

“Oftentimes, there’s neighborhood opposition to affordable housing,” Sugnet said. “People in the community still view affordable housing as something that will bring additional crime and reduce their property values, whereas the evidence proves otherwise.”

Despite this, many community members do advocate for affordable housing.

Holly DeHoog, a long-time Boulder resident, said that most of her friends and all but one of her children have been forced to move out of Boulder in recent years due to housing prices. DeHoog’s 92-year-old father spends more than 70% of his fixed monthly income on housing.

“What we need is additional funding to construct new units and preserve the affordability,” Sugnet said.

Sugnet hopes to gain that additional funding through a 2020 Boulder County ballot measure that, if passed, would implement a sales tax, raising approximately $20 million annually for affordable housing. The measure, originally intended for the November 2019 election, was pushed back in April.