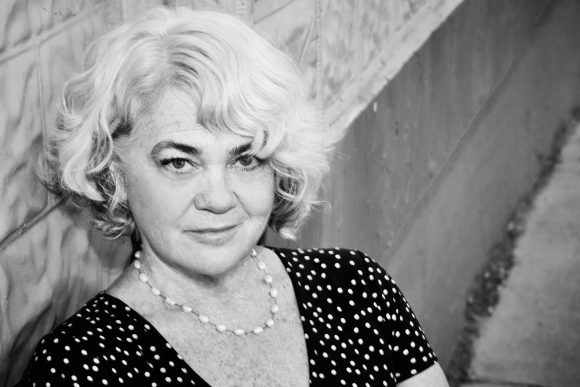 In a Boulder barbershop bursting with the buzz of hair clippers and boisterous conversation, a baby sat on the floor, swinging in an automatic rocker while his mother, Holly DeHoog, then 37, worked her scissors. Even while working six-day weeks, DeHoog couldn’t afford childcare, so she, the customers and her baby had to make do.

DeHoog is one of many working-class residents overlooked by the shiny, affluent version of Boulder represented in the media. Despite the positive press, in 2017 Boulder had a 21.58% poverty rate compared to the 12.3% national average the same year. These residents work increasing hours to afford Boulder while others have been forced to move elsewhere. According to City of Boulder spokesperson Margo Aldrich, only about 37% of city workers live in Boulder.

Since 1978, DeHoog has made ends meet by cutting hair. After divorcing her first husband, DeHoog went to beauty school to provide for her son. By 38, she was supporting two biological sons and her adopted niece all by herself.

“The hardest part was raising the kids,” DeHoog said. “We ate a lot of beans.”

DeHoog’s white, loosely curled hair is cut into a bob with brown streaks framing her face, decorated with lines and spots collected over her 66 years. “I kind of like the wrinkles,” she said. “How’re people gonna know what you mean if you don’t have wrinkles?”

While raising her kids, DeHoog worked six to seven days a week, giving around 20 haircuts a day. She worked in several salons during these years, even owning her own salon on Pearl Street before having to give the shop to her sister when rent became too high for her to afford.

Throughout the years, it’s been obvious to DeHoog that she differs from most Boulder residents.

“These women would invite me to tea in the middle of the week and I was like, ‘What? I have to work,’ ” she said.

As her children grew up, DeHoog worked hard to keep up with their surroundings. She traded haircuts for dentist visits, acupuncture and mattresses (a barter she still relies on today). On Halloween, she took the kids to Mapleton Hill where they could get the “big candy.” But it wasn’t always enough.

When he was young, DeHoog’s son Evan yelled at her, demanding she “get a real car.” He was frustrated, comparing his friend’s Mercedes to their old Volkswagen bug that had holes in its floor. Her other son, Griffin, tried to trade his comic books for his wealthy friend’s PlayStation, not understanding why his mother made him return it.

“He was kind of upset about it but you know what? Tough shit,” DeHoog said. “Get a job.”

Today, DeHoog runs her own studio, Holly’s Hair Studio, within Sola Salon. With her children grown, she’s gone from working six days a week to three and a half.

“I live very simply,” she said. “It’s sad that money’s never been my focus, but I still don’t care.”

Rather than money, DeHoog seeks happiness and influence in her community. She provides her clients with sanctuary and compassion and even donates five free haircuts a month to locals with mental health issues.

“I live very simply. It’s sad that money’s never been my focus, but I still don’t care.”

Daria Kotys-Schwartz has been going to DeHoog since 2006. Both of her children got their first haircuts with DeHoog.

“She’s been such a huge part of my life,” Kotys-Schwartz said. “She has seen a lot and she is incredibly grateful for what she has in her life and she shares that with you.”

Outside of hair, DeHoog is very involved in Boulder’s social community. She’s been a jazz singer for 25 years, currently leading the band “Holly and the Husbands” at regular gigs at Tandoori Grill.

Her bandmate, Rob Dando, calls her old-school Boulder. “She just has a ton of friends who love her to death,” he said. “It’s astounding how many people show up at her parties and gigs.”

“We all grew up with not a lot of money and we all kind of figured out how to get by on our skill and talent,” Dando said.

However, the financial strain of living in Boulder has not gone away for DeHoog.

Even with rent-control as a favor from a generous landlord, rent takes up $1,100 of her 92-year-old father’s $1,500 monthly fixed income. DeHoog and her sister send their father money monthly to help him get by. DeHoog’s own children have been forced to move out of Boulder, except for one who lives with five roommates. Most of DeHoog’s friends from the ‘70s have also left Boulder.

“My reaction has been to make my world a little smaller,” DeHoog said.

Today, her world consists of the mile radius around her condo that she’s owned since 1984 and took 25 years to pay off. Her hair salon, bank and favorite coffee shop, Vic’s, are all within walking distance. And she likes it that way.

DeHoog says, despite how much the city has changed, she plans to stay in Boulder for the rest of her life. Her first apartment’s rent was only $150, over 10 times less than the average price of Boulder apartments today, according to one site.

But as residents get wealthier, “I just charge them more,” she said with a laugh.