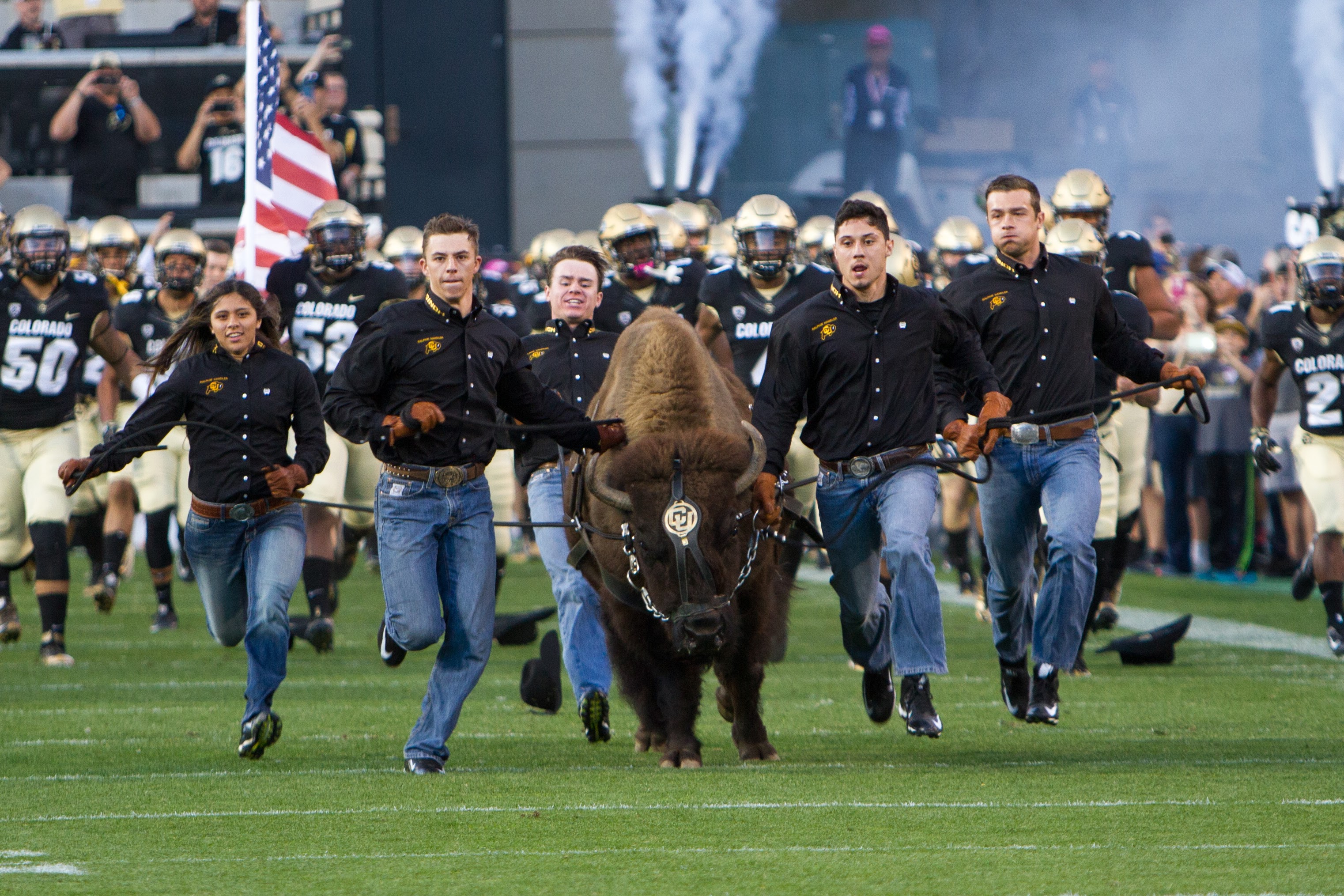 Ralphie V runs across the field along for the opening during the Buff’s 40-16 win against the Arizona Sun Devils on Saturday, Oct. 15, 2016. (Benjamin Chang/ CU Independent file)

At the beginning of every University of Colorado Boulder home football game, a crowd of tens of thousands roars with excitement and school spirit as CU’s mascot, Ralphie, storms the field.

In the wake of CU’s recent announcement of the retirement of Ralphie V, a 13-year-old female buffalo, People for the Ethical Treatment of Animals (PETA) released a statement on Wednesday calling for CU to retire the live mascot program entirely. PETA, an organization internationally known for its activism in fighting for animal rights, wrote a letter to CU Boulder in which its grievances were listed. According to the Daily Camera, CU spokesperson Ken McConnellogue says President Mark Kennedy has yet to receive a letter.

Megan Wiltsie, PETA media coordinators, said in the letter, “animals should not be thought of as toys, props, or amusements. Instead, they should be respected for who they are and how they live naturally.”

Beyond PETA’s belief that animals should not be used for entertainment, the letter raises concerns for Ralphie V’s safety, citing college mascots have been injured on a number of occasions during sporting events.

“I think it’s kind of crazy because I heard that they take good care of Ralphie and it’s always been a tradition at CU,” said Kristin Johnson, a senior CU student studying psychology. “As long as they’re taking good care of Ralphie, I don’t see the problem.”

Ralphie is not just a name known exclusively around Boulder. In 2016, Fox Sports named Ralphie as one of the “top college football live mascots,” making her a nationally recognized mascot. Ralphie’s legacy dates back to 1967 when CU’s first live mascot took to the field.

Ryan Huff, CU spokesperson, said CU does not intend to do away with the “Ralphie tradition.”

Ashley Byrne, PETA spokesperson and campaign specialist, is a graduate from CU Boulder. She recalls being at the football games with friends and seeing Ralphie running around the field.

“It always put a damper on our time,” Byrne said. “We know better, so it is time to modernize this tradition. It’s the right time now that CU is already retiring its current Ralphie.”

CU administration has yet to comment further on PETA’s request.