Opinion: Toss the smart phone, get a dumb one 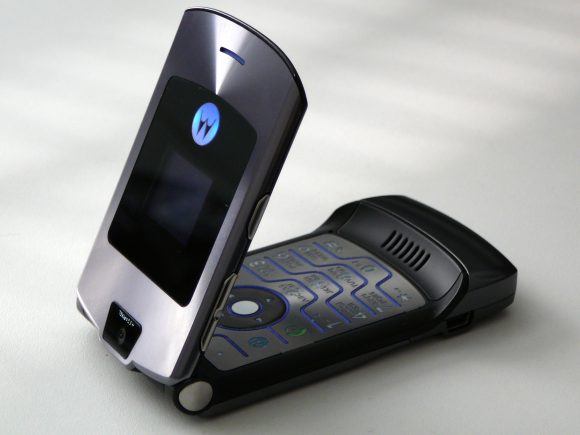 The sheer number of smartphones on campuses like the University of Colorado Boulder likely rivals the population one-for-one in students and faculty. Nearly everyone has one of these mobile devices and the university doesn’t make it easy to not have one. QR codes are everywhere on campus, directions are given in the form of links and notifications about events are posted to social media. We seem to be trapped within the confines of this digital world. The university clearly buys into the idea that these devices are good and more or less are here to stay. This is evident in the built-in “5-minute smartphone breaks” in lectures and the “important notifications” that students are delivered via phone. This may be the case permanently unless we do something about it.

Some students may not be able to envision a world without a device beeping and buzzing in their pocket, but one once existed. This article may not convince you that you should ditch your device for something more primitive, but perhaps it will make you consider the other option as something not entirely unreasonable. That other option is, for lack of a better word, a dumb phone, the kind that flips or slides and has a keyboard that doesn’t disappear when you close an app. I am referring, of course, to a flip phone.

“We seem to be trapped within the confines of this digital world.”

Doesn’t sound so appealing, does it? Well, let’s see if I can change your mind. The flip phone is primitive, yes, but that is its greatest strength. You can text and call and that’s just about it. Texting is a hassle, so you most likely won’t use your flip phone for this in particular. Instead, you’ll likely call everyone. Here’s where it gets appealing: The more you engage in calling, the more comfortable you are with interpersonal interaction which makes you a better communicator. Being a good communicator is often listed at the top of most “must-have” charts that employers look for in their employees, and is considered one of the most important skills for a CEO. This gives you an obvious edge in the job market, but the applications don’t stop there. Being a better communicator might help keep your significant other around for longer and make those relationships with friends and family less tense.

A flip phone also diminishes the time you get distracted. Since there are no apps or even the internet, you won’t go down any YouTube rabbit-holes. That leaves you more time to focus on the things you want to really engage in. This could mean more time to learn that language you’ve been putting off for months or read that book that has been collecting dust on your nightstand.

Consider all the distraction-free studying you could accomplish or the essays you could write, all without those background buzzes and beeps that vie for your attention. Multiple studies have found links between reduced cognitive capacity and the presence of a smartphone, due to something called “Automatic Attention” which is a brain function that “unconsciously monitors for signs of critical importance” in the environment. The brain is then diverted from the task at hand by these notifications which it labels as “critical.” With 91% of the population taking their smartphones with them everywhere, this distracted state of living is permeating our entire existence.

Sure you may still have a computer that can suck some of that precious time away, but the point is that computers are much larger and more inconvenient to carry around while you’re out. This will force you to look for other means of entertainment while with friends. Engage in that deep philosophical conversation, play tic-tac-toe, come up with an idea for a book both of you can collaborate on. And, if you’re alone, talk to someone you’ve never met before.

You won’t be able to get directions from an app. You’ll have to do what many did twenty years ago and carry maps in your glove box or stop and ask people for directions. This is just another opportunity to practice interpersonal communication skills, learn stories and meet new people. Admittedly, this is a slower approach and requires some forethought and preparation when you need to go somewhere you’ve never been, but that’s part of the fun.

This may not change the world but it will at least change your life. There is no one size fits all. This may not work for you, but for all those that I have met that have made the switch, not a single one has regretted it. I won’t deceive you: You have something to lose by switching. All those cat videos, Instagram followers and instantaneous connections will be gone, but it is only when we have something to lose that we value what we have gained.