CUSG fall election: What you need to know 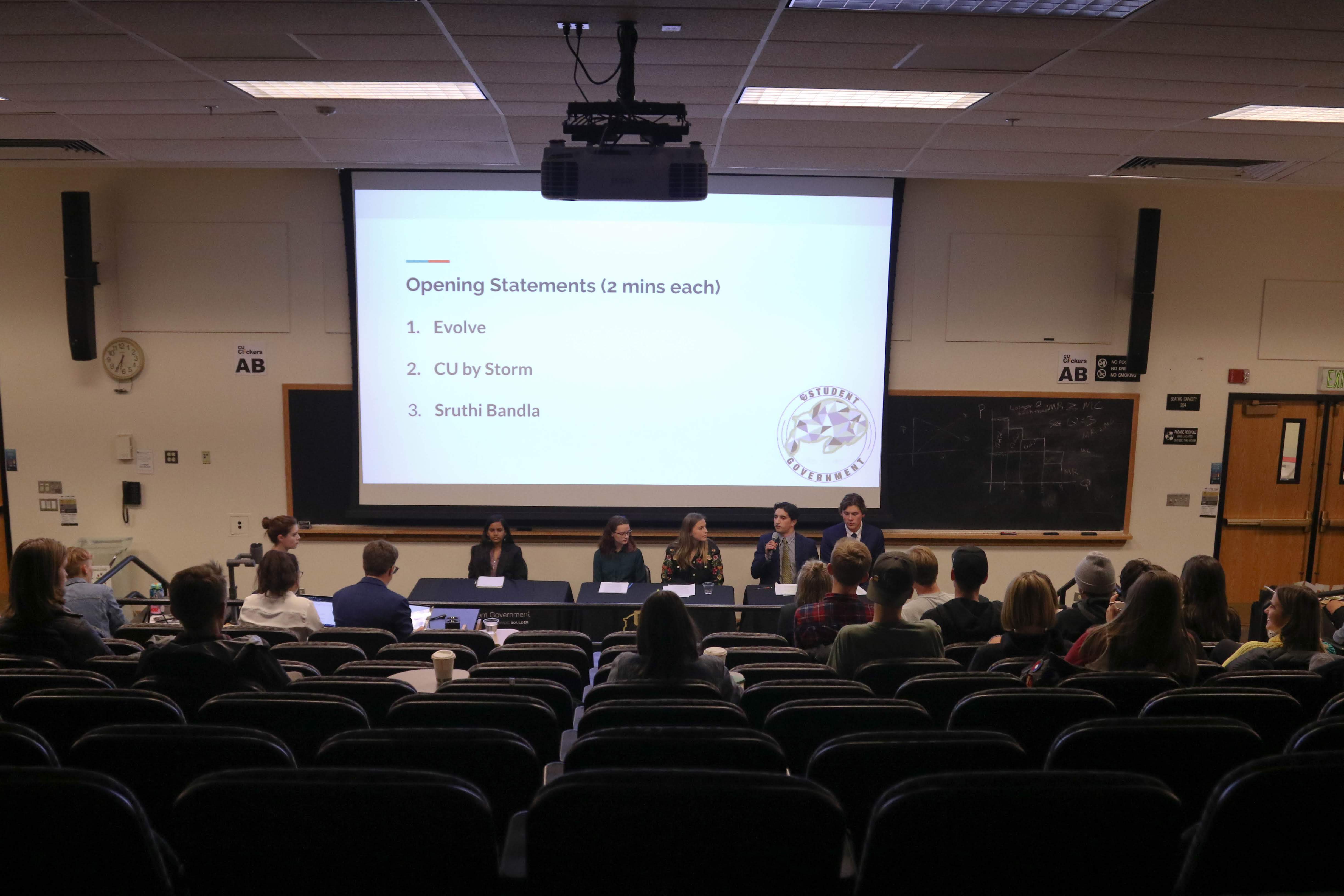 The participants begin the debate with an opening statement at Ramaley Hall on Oct. 23, 2019. (Kara Wagenknecht/CU Independent)

Voting for CU Student Government (CUSG) representatives-at-large begins Monday and is open through Thursday. The CU Independent attended a recent debate and compiled what you need to know about the candidates vying for votes.

CUSG manages about $24 million of student fees, making them what they call “the most autonomous student government in the nation.”  The five representatives will help control where this money goes in the 2019 fall election and will represent all students across colleges. The two tickets running are CU by Storm and Evolve. There is also an independent ticket, Sruthi Bandla.

With over 100 students on CUSG, their duties in representing the student body range from funding different organizations and clubs to passing legislation, as well as representing student voices on boards. The government’s main goal is “to serve students wherever possible.”

Election results will be published after 8 p.m., Oct. 31. Here is what you need to know about each ticket: 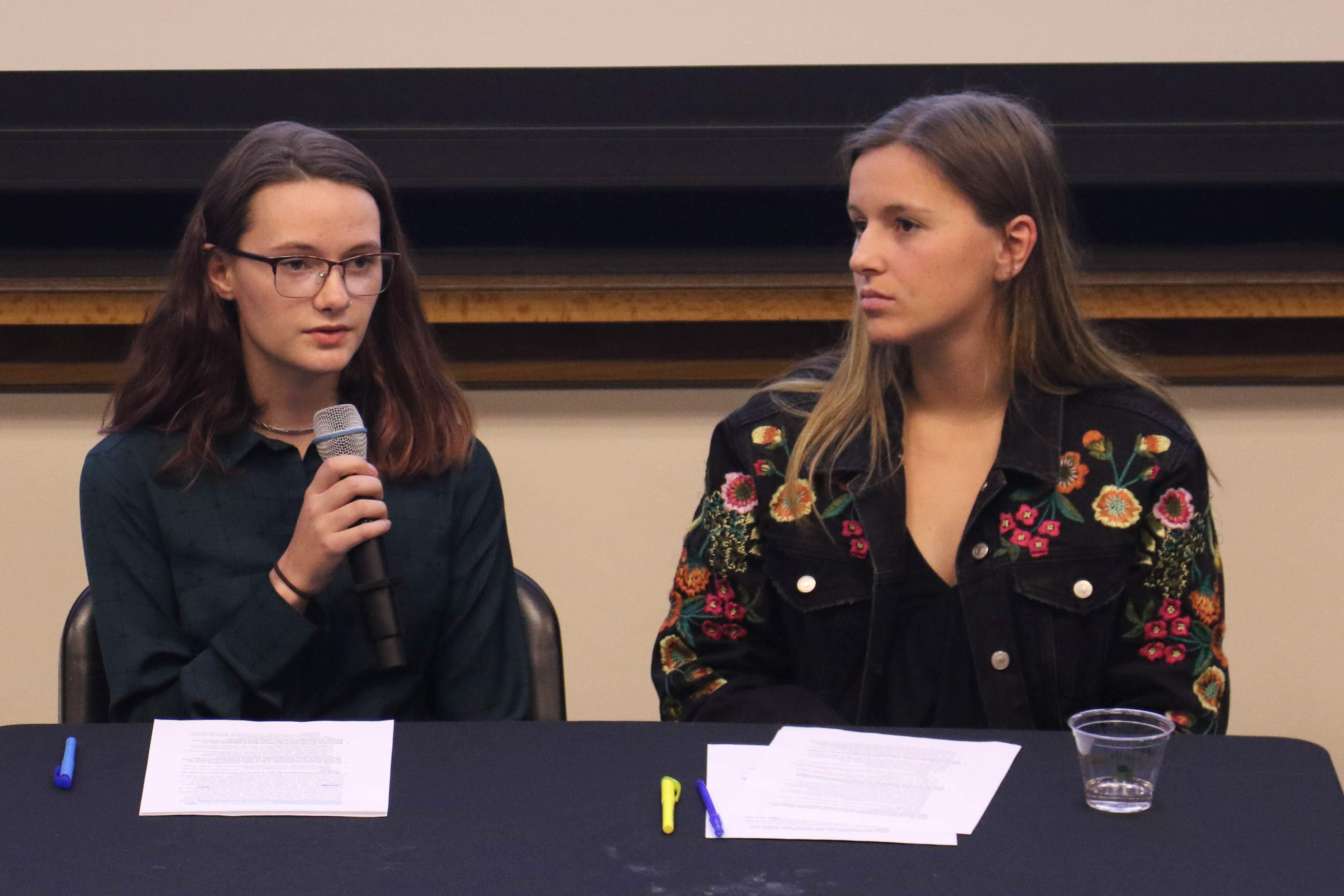 Kathryn Adams and Katy Storm are both running for representative-at-large on the CU by Storm ticket. The ticket’s main goal is to increase CU inclusivity and safety, more largely address issues on race, gender and sexual assault, the candidates said.

Adams is a junior studying ecology and environmental biology with hopes to go to law school. She was inspired to run for office because of her experiences teaching English in Cambodia.

Storm is a political science and women’s studies major who hopes to improve the Boulder community by creating conversations on sexism and racism on campus.

During an Oct. 23 CUSG-sponsored debate, the two discussed re-introducing “blue light” emergency telephones on campus. The 80 phones were removed in 2015 because no legitimate emergency was reported through the phones in “years,” according to a statement from the University of Colorado Boulder police chief when the phones were removed.

CU by Storm also hopes to facilitate conversations about racism and its effects on campus by creating a diversity board. 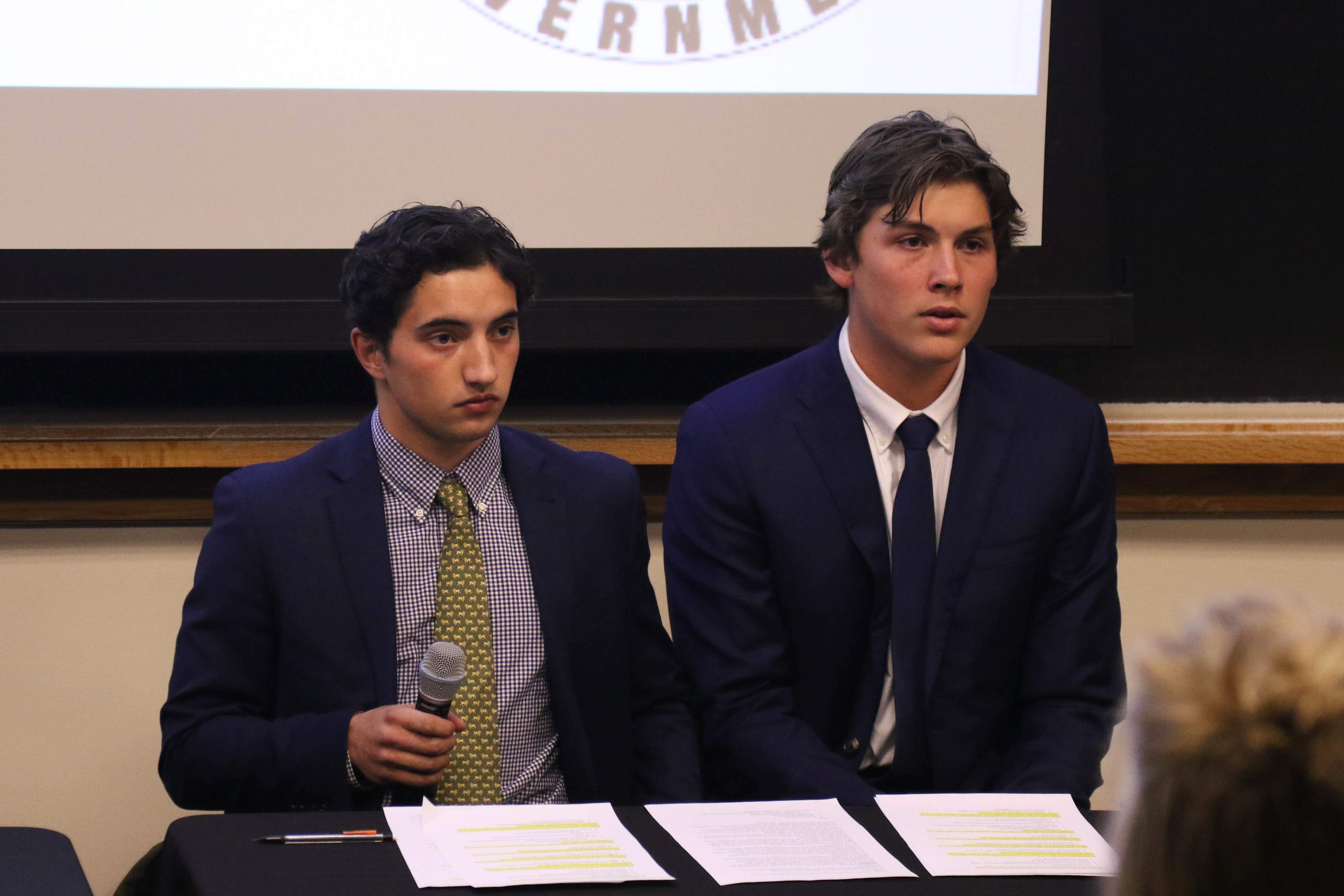 Nic Crosbie and George Conway of Evolve listen to the first question of the debate at Ramaley Hall on Oct. 23, 2019. (Kara Wagenknecht/CU Independent)

Nic Crosbie and George Conway are the candidates on the Evolve ticket running for representative-at-large. Evolve’s main objective is to focus on suicide prevention, mental health and substance abuse on campus.

Conway, a sophomore finance major, said he wants to “increase availability” to student resources. Conway is an Evans Scholar and is the Athletic Chair within the organization at CU.

Crosbie is also an undergraduate pursuing a degree in finance. He is a member of a fraternity and led the chapter’s 2019 recruitment process. Crosbie said he has started multiple small businesses in high school and college.

Evolve wants to decrease the wait time it takes to meet with a CAPS professional during walk-in hours. They believe this will help increase students’ access to medical assistance for mental health-related issues.

Evolve has said it will support the Black Student Alliance to help with diversity on campus. They also hope to work with Allyship, an organization dedicated to social and economic justice. 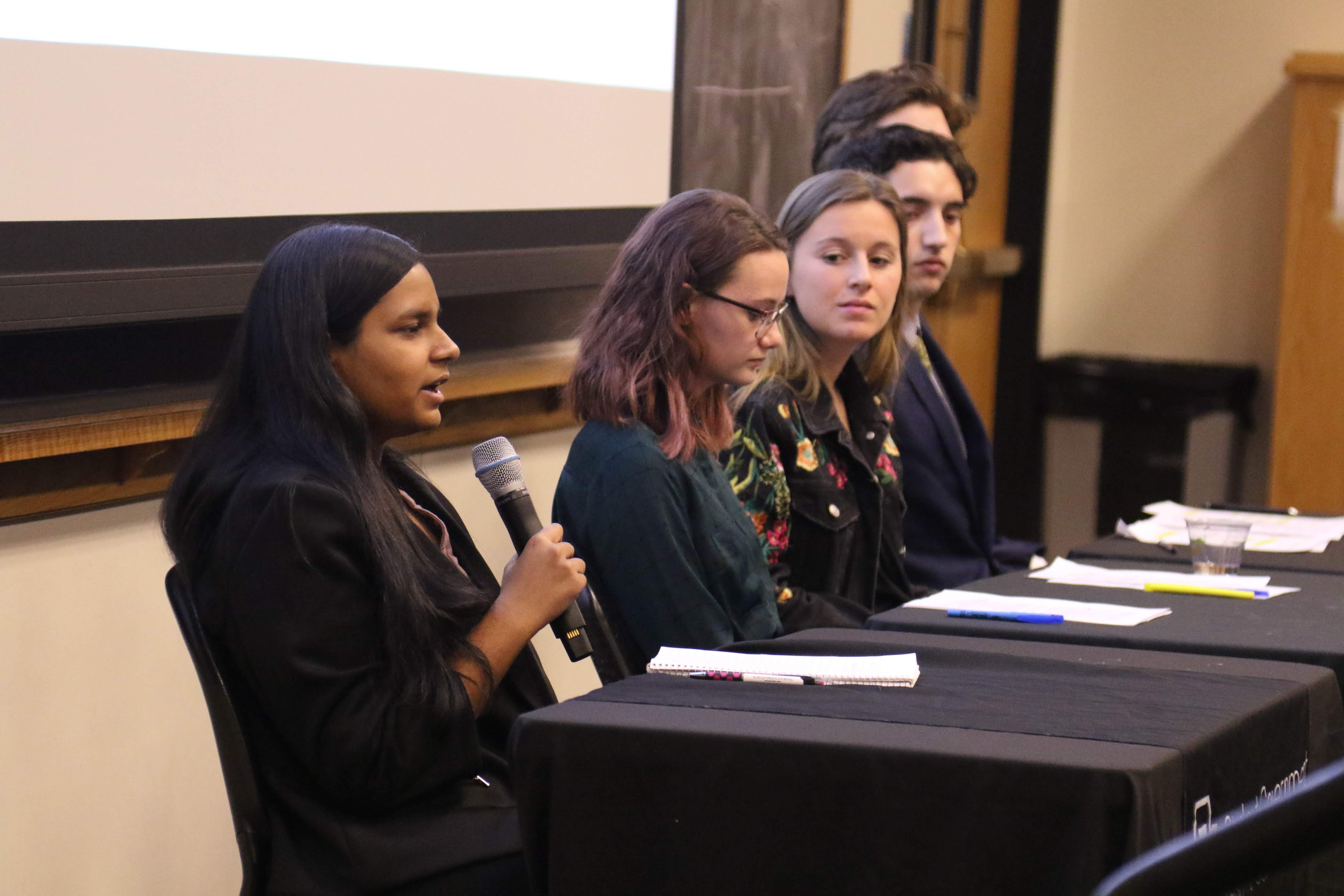 Sruthi Bandla gives her opening statement at the beginning of the debate at Ramaley Hall on Oct. 23, 2019. (Kara Wagenknecht/CU Independent)

Bandla is running for representative-at-large as an independent. She is an undergraduate studying aerospace engineering who said her main goal is to create a safer campus for all students.

“I really care about student involvement and safety,” she said during a CUSG debate.

If elected Bandla wants to reimplement the university’s partnership with an app that allows students to send messages to other students in the area if they are feeling unsafe. She hopes this will decrease the amount of sexual assault on campus.

Bandla said that once she’s in office she hopes to meet with minority and diversity groups on campus to figure out their needs. She then wants to implement changes to campus based on the campus groups’ advice.