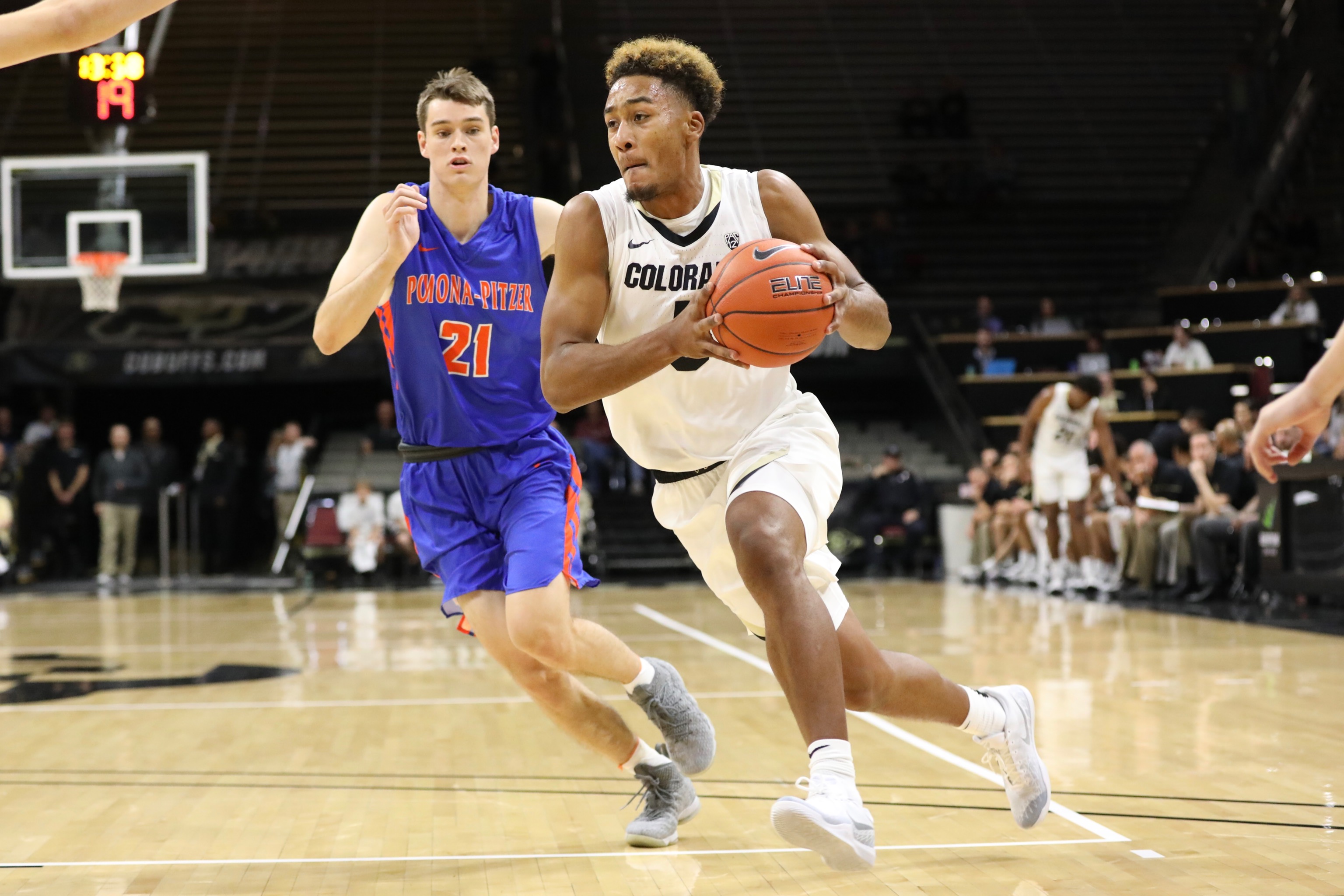 Junior guard D’Shawn Schwartz drives the ball toward the basket during the first half of play at the CU Events Center. Oct. 26, 2019 (Nigel Amstock/CU Independent)

The University of Colorado Buffaloes men’s basketball team defeated the Pomona-Pitzer Sagehens, 87-56, in their first exhibition game on Saturday afternoon at the CU Events Center. The Buffaloes got off to a quick start, jumping out to a 17-4 lead just five minutes into game thanks in part to transition baskets and tough defense.

“Good opening day for our guys,” said Colorado head coach Tad Boyle. “To get their uniforms on and to get some fans in the stands. We did an open scrimmage a couple of weeks ago and I’ll get a chance to watch this film but we have come a long way since then. I think we have shown some improvement … I thought there were some good things by everybody.”

CU hosted an exhibition game for the third-straight season and faced off against the Division III Pomona-Pitzer Sagehens for the first time in school history. The Buffs were led by sophomore forward Evan Battey and sophomore guard D’Shawn Schwartz who combined to score 28 of the Buffaloes’ 87 points. Junior center Dallas Walton, who made his return after injuring his ACL last year, also made a big impact for the CU Buffs, scoring nine points on 4-of-5 shooting. 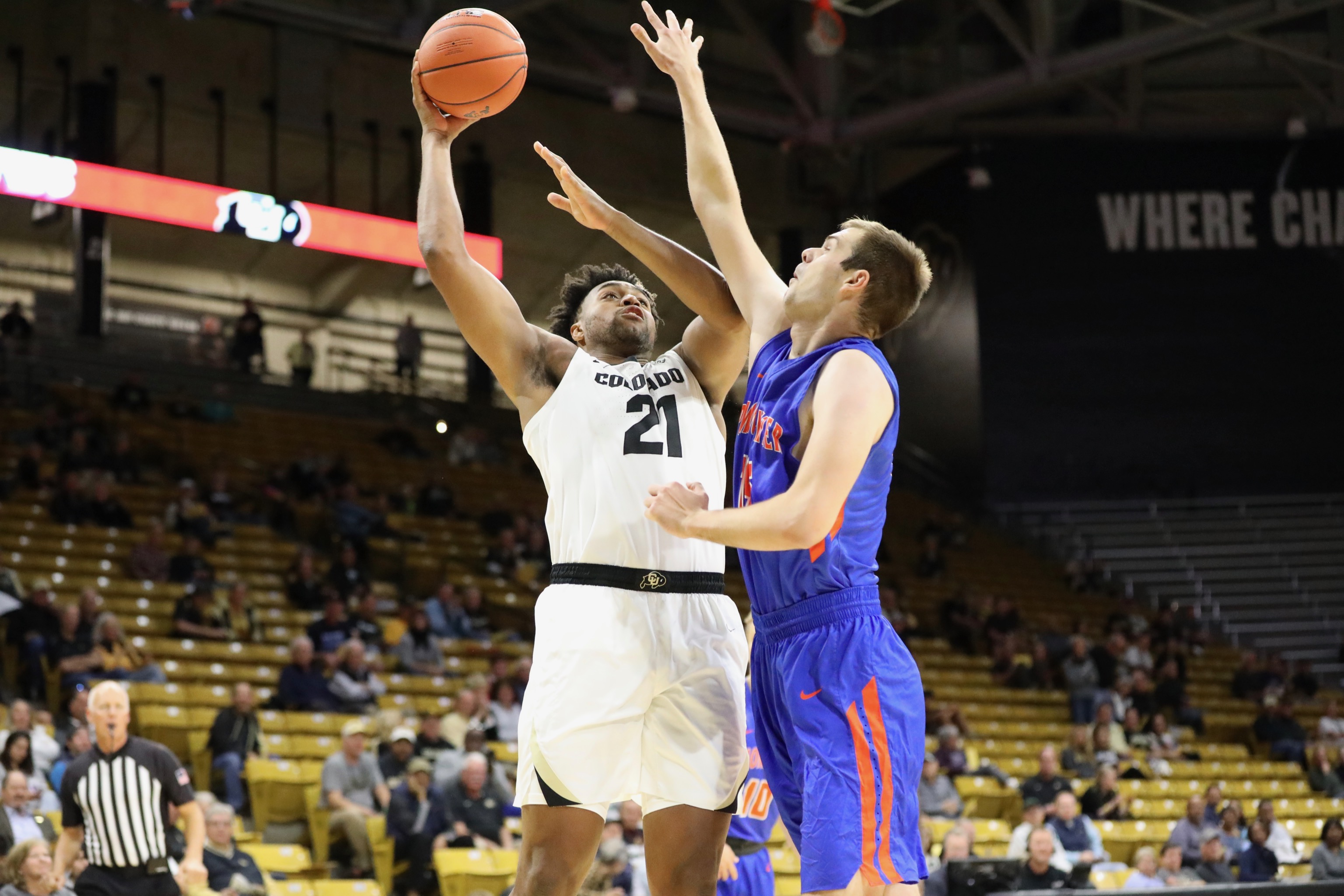 Battey scored nine of CU’s first 11 points and made five of the six baskets he took. The sophomore also added three assists and continued to prove his great passing abilities as a power forward.

“I always bring the energy for my team and try to help my team whenever I can,” Battey said. “Just being aggressive, that’s what we’re trying to do. Put the ball in the basket and whoever has the hot hand, we go with him.”

D’Shawn Schwartz led Colorado in scoring with 15 points and had one of the most exciting plays of the day with an emphatic dunk in the first half. Also in the first half, CU converted on their fast break opportunities and played solid defense to get a 27-point lead to close out the half. 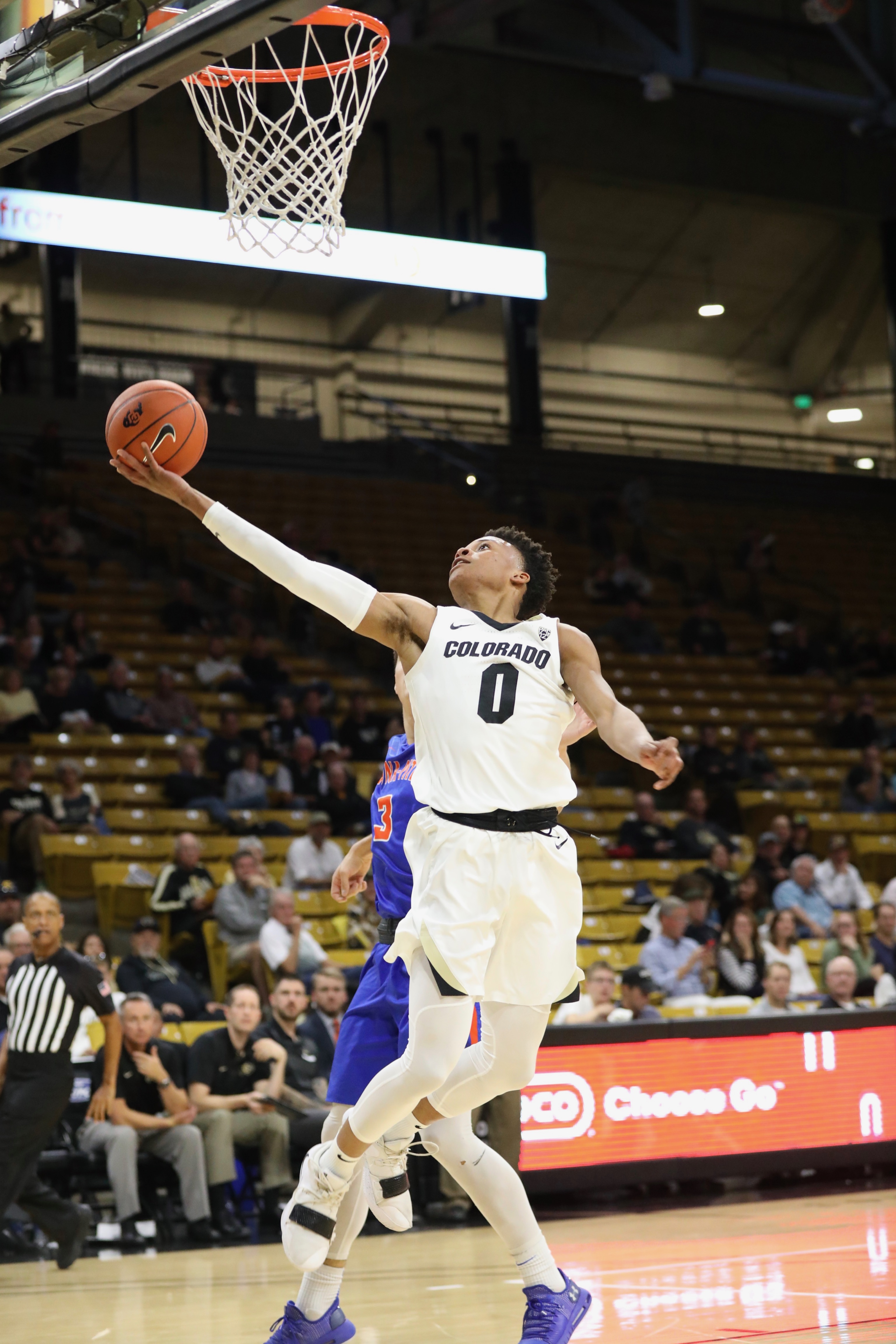 Senior guard Shane Gatling elevates the ball toward the hoop during the second half of play at CU Events Center. Oct. 26, 2019 (Nigel Amstock/CU Independent)

Boyle noted that defense is what opted him to start Parquet over junior guard Maddox Daniels, sophomore guard Daylen Kountz and Gatling.

“It is all based on defense,” Boyle said. “He is a guy that guards the ball the best out of those four guys. That is something I am looking at. Everybody brings something different to the table. It might be a different guy each night.”

The first points of the second half were scored by Schwartz who converted on an open three-pointer. Gatling, first off of the bench for the Buffaloes in the half, had a nice pass to set up foul shots for junior forward Alexander Strating. The Buffs picked up where they left off in the first half and continued to score points in transition and looked to push the ball when they could.

“First half I thought we were much better than in the second half,” Boyle said. “What we have to get better at is rebounding the ball. We were out-rebounded today (47-43). That is not Colorado basketball. That is unacceptable. Give credit to Pomona-Pitzer for that. There are some areas we have to get better at both rebounding and defensively. Offensively we will be a work in progress. We have a lot of weapons on this team. We had 19 assists. We had 13 at halftime. We didn’t shoot the ball as well in the second half. That is part of it. It was a good starting point for us to use as a benchmark to get better.”

Despite being out-rebounded by Pomona-Pitzer, CU closed out the game with force, finishing the game with a score of 87-56. The crowd got to see three new faces get game action in Daniels, junior center Frank Ryder and freshmen guard Keeshawn Barthelemy. 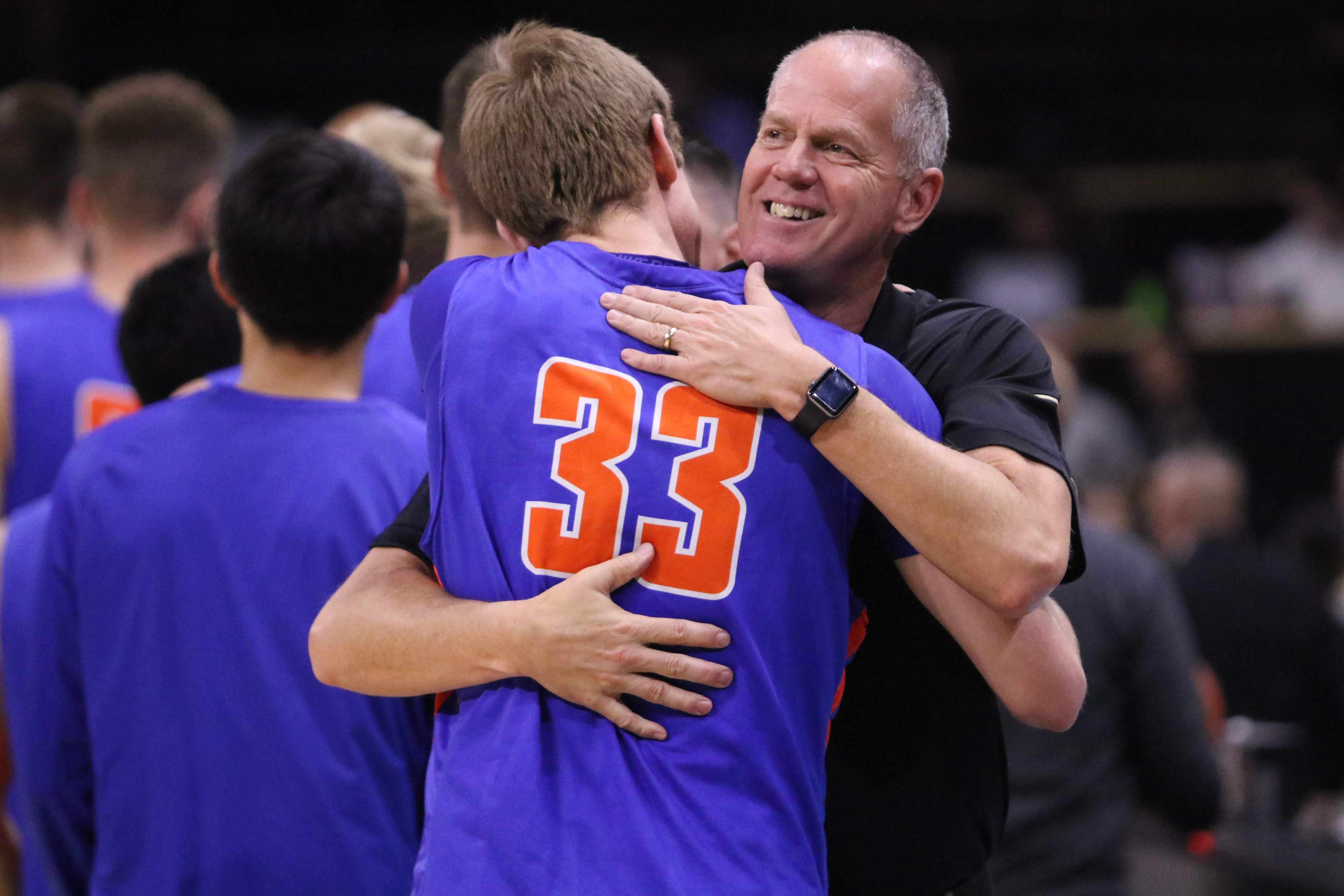 Boyle knows that he has his work cut out for himself with setting a rotation. With so many talented players available, it will be difficult for him to make decisions when there isn’t much separation between players.

In his 10th season as Colorado head coach, Boyle got a unique opportunity to watch his son Jack play and coach against him. Both Boyle and his son mentioned that the game had special significance for their family. Jack Boyle scored 10 points and enjoyed being able to play on a court that he spent so much time in the stands as a kid.

Boyle has a talented roster and some decisions to make before the Buffs play next. CU is set to open up their regular season with a non-conference game against Arizona State on Saturday, Nov. 9 at 8:30 p.m. MST in Shanghai, China. 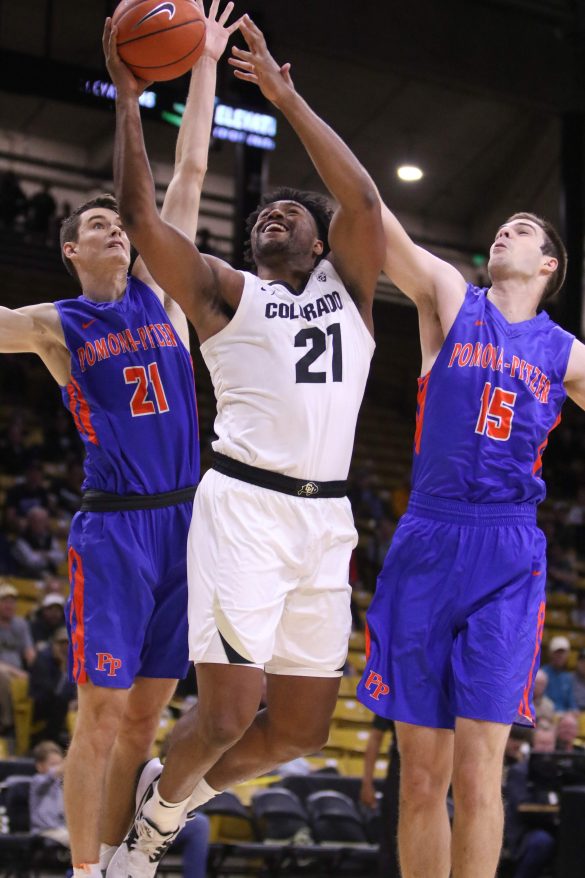 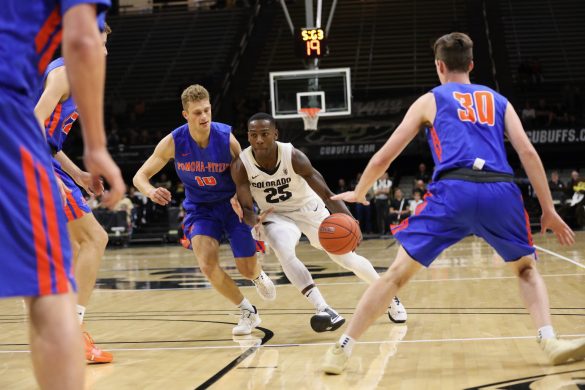 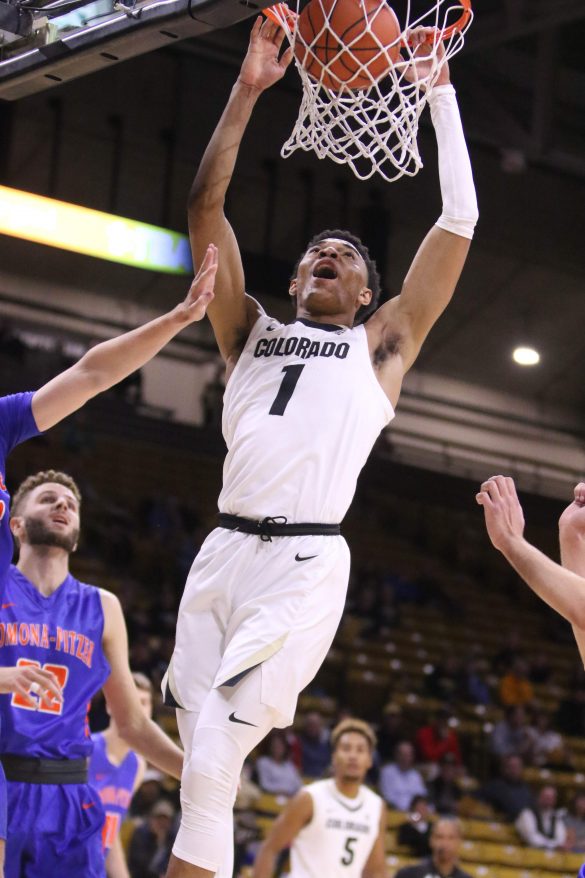 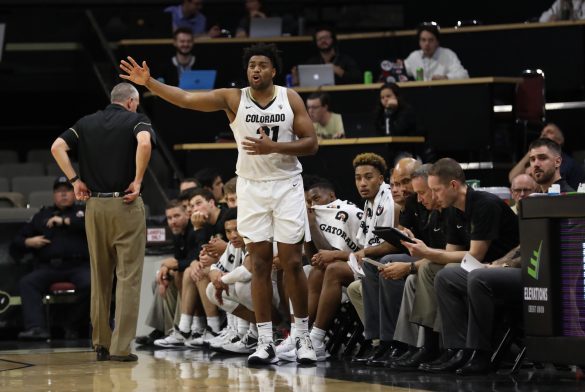 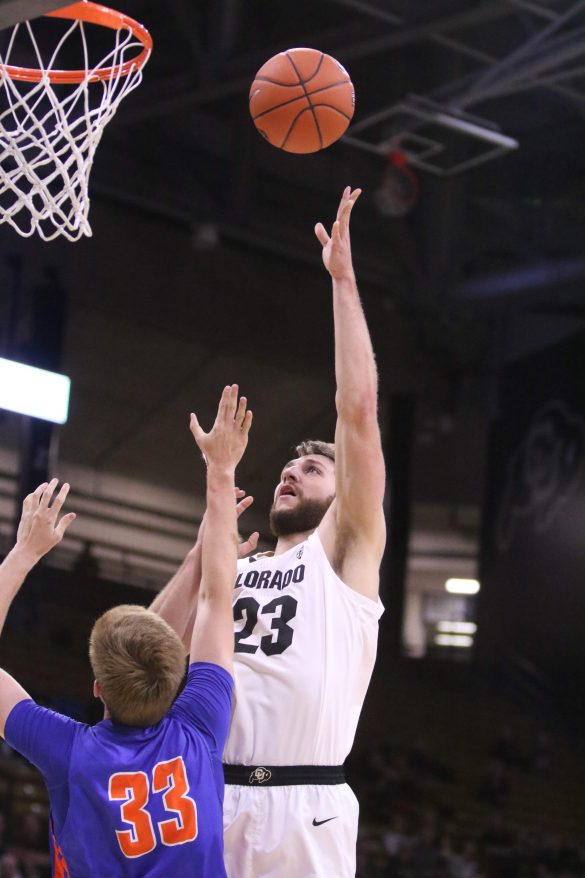 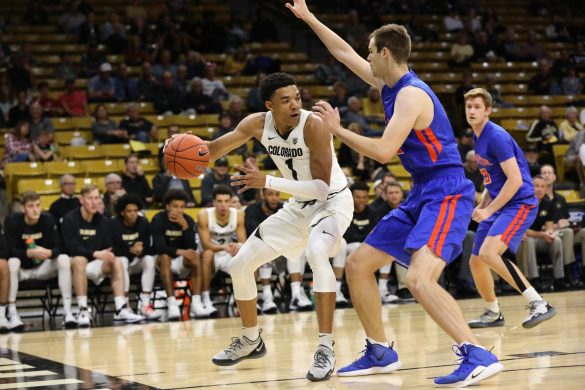 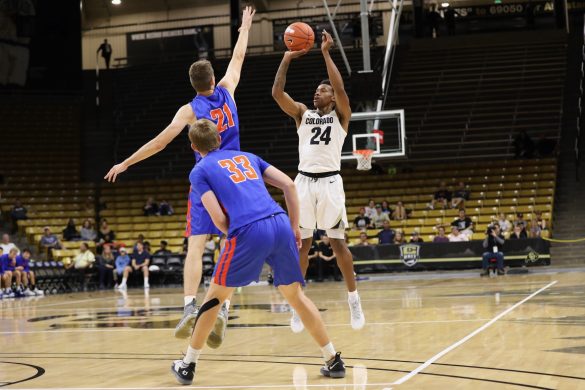 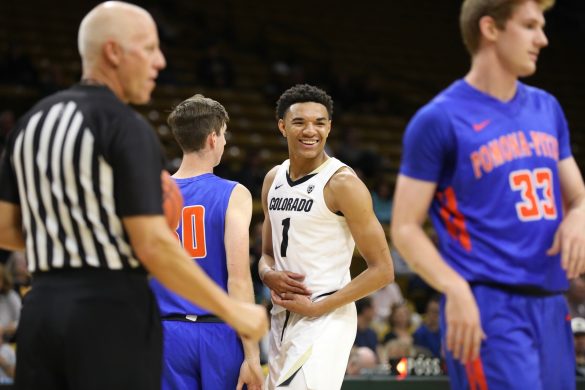 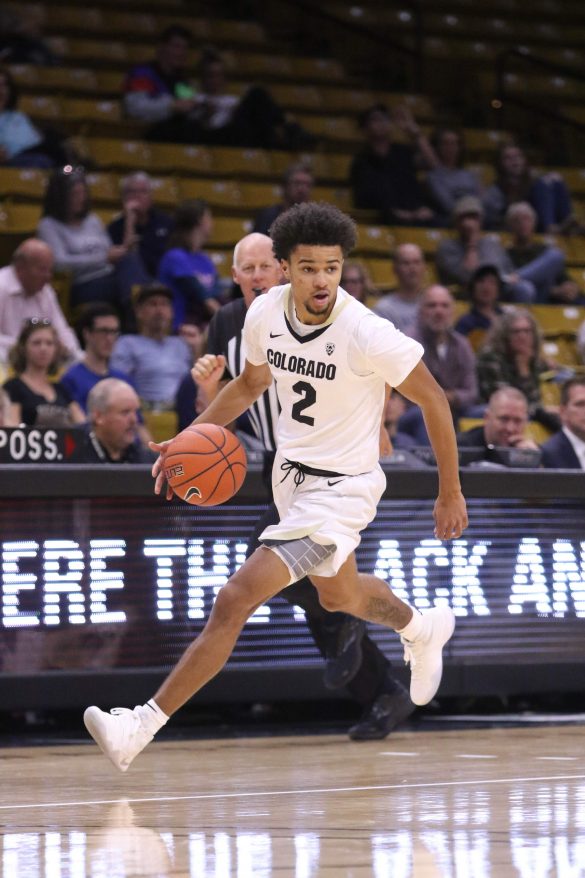 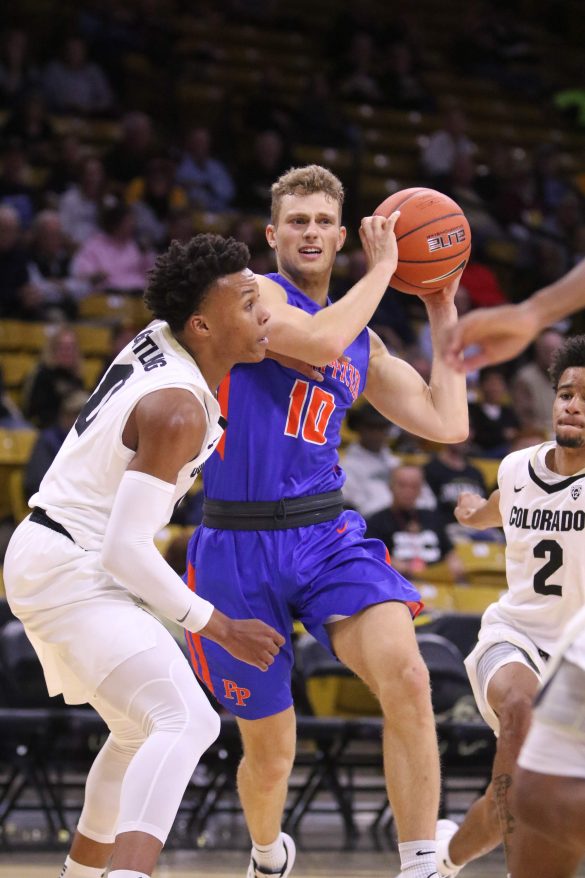 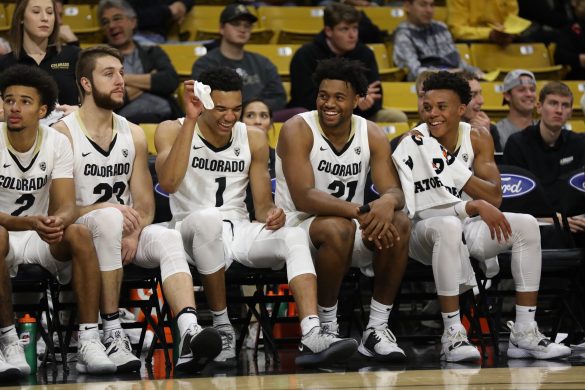 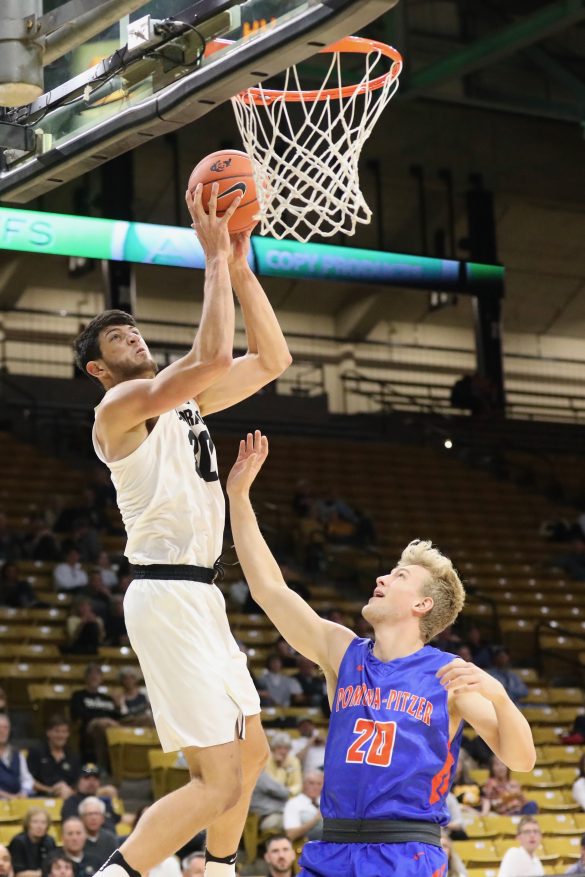 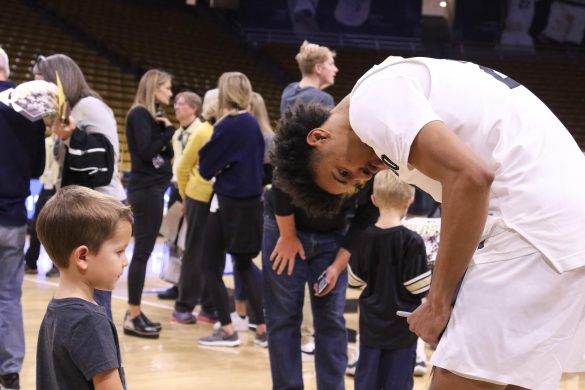