Bombargo is ready to rock Boulder 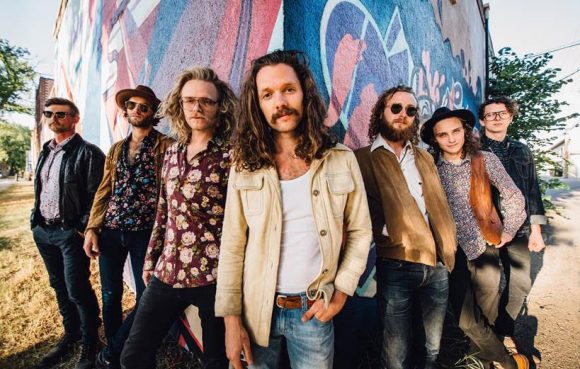 Canadian indie rock band Bombargo sets out on their first American tour to connect with their American fans.

Lead vocalist Nathan Thoen explained Bombargo means “band of brothers” in Swedish, which stems from Nathan and Anthony Thoen’s Swedish roots. The seven-member band includes two sets of brothers and three friends, who Thoen considers to be his brothers “whether we are blood or just in bond.”

Recently, Bombargo’s career has taken off. Taylor Swift added their song “Mr. No Good” to her playlist titled “Songs Taylor Loves.” Thoen and the other band members marveled at seeing their song next to huge names in the pop music industry like Ed Sheeran.

“We are making our break into the (music) industry, and it really is breaking,” Thoen said.

Currently, the band has only released singles, like “Oxygen” and “Already There,” since their last full-length album, entitled “We Are Bombargo” was released in 2017.  Bombargo recently recorded a song in LA for their upcoming album as well.

Bombargo’s top indie-rock hit “Oxygen” has 777k streams on Spotify. “Oxygen” emulates Portugal the Man’s brassy style with an acoustic sound. The lyrics have interesting twists and myriad drug references: “There’s something in the air / That I’m breathing / It’s not only oxygen, that I’m feeling.”

Bombargo often writes songs in jam sessions. Thoen said that he will record himself “singing in the shower” and bring song ideas to the sessions, letting the music “organically grow” from there.

“It helps keep us on our toes creatively,” Thoen said. “The band is very blessed because they have seven great musicians in our band but also seven songwriters.”

Dates for Shows in Denver/Boulder: