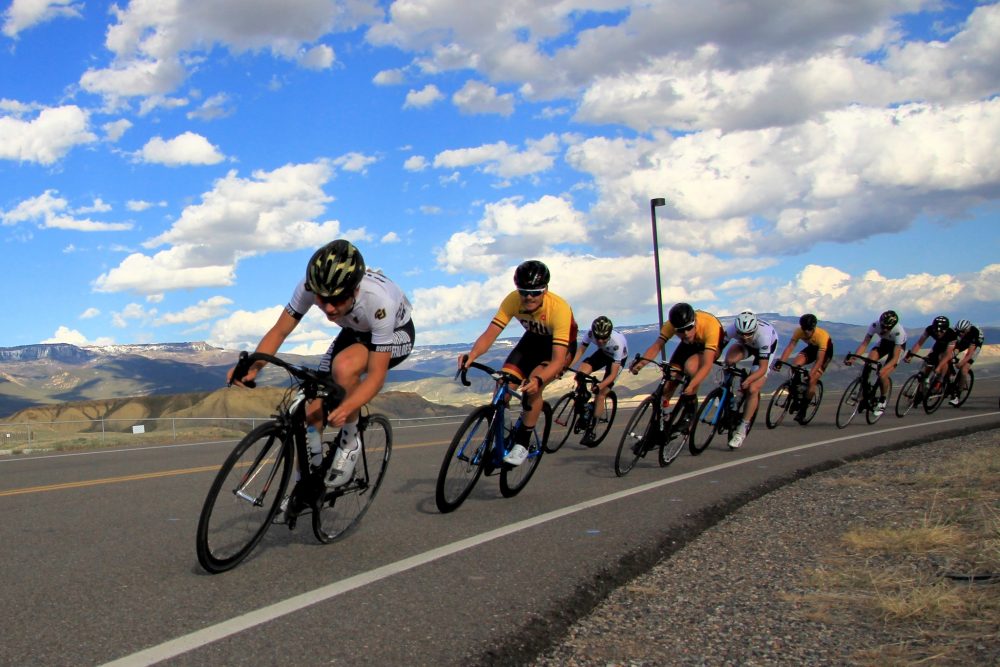 The University of Colorado’s Cycling Team finds itself in the midst of another successful season. It’s a group that has known victory for some time, with the team coming second overall in nationals the last two years and first overall three years ago with championships in both road and mountain cycling. Road co-captain Micheal Kouznetsov hopes to find tougher competition in the future by taking the cycling team to the varsity level.

Currently, Mountain is in season and preparing to compete at their nationals against other club teams. They’ve had a successful season thus far, including a great showing at their recent home race in the Aspen Snowmass.

“I feel like I made a lot of progress and got to know a lot of people last year,” said head coach Heather Fischer, who is in her second year at the helm. “I am excited to be able to continue the growth of the program.”

With roughly 10 professionals on both Mountain and Track each year, the groups expect to win. But as they look for tougher competition, cyclists are also hoping to reach varsity status.

“All we want is the title of varsity,” Kouznetsov said. “It’s not really competitive anymore.”

“I feel like I made a lot of progress and got to know a lot of people last year. I am excited to be able to continue the growth of the program.”

But getting the university on board is not so easy. In order to achieve varsity status, the team must distribute $10,000 in scholarships a year and pay for riders’ entry into events. Kouznetsov argues that $10,000 would not be missed by some of the larger athletic programs at CU and could easily be reallocated to club teams such as theirs.

Still, a club status has not held this team back. Recent CU graduate and former team member Sepp Kuss is now riding in the UCI World Tour, the highest stage for road cycling. His resume includes two grand tours and a win on at the Vuelta a España, a race formidable to the Tour de France.

“What I didn’t see … was any CU-affiliated social media mention anything about it,” Kouznetsov said. “This is someone who is at the highest level of the sport and he’s getting no recognition from the university.”

These achievements have left members confused and frustrated with what they see as an apparent lack of spotlight. Members wish CU would promote the team through news outlets and social media platforms. With alumni winning major races and current riders defending national titles, there is plenty of cycling for the university to brag, they say.

Cyclists say they are further constrained in advertising. Unlike the cycling programs at Colorado State University or Colorado Mesa University, the CU team can’t promote sponsors through social media or display sponsors on uniforms. Riders themselves are unsure why this is the case, but the rule is in part due to CU bylaws concerning club sports.

“Club sports have given us these rules that are not explained well or hidden so deep within CU’s legal pages that it’s just a well known within the club sports community that we can’t do these things,” said Mountain captain Robbie Reid.

Mountain will face off against strictly club teams at nationals in Big Bear, California on Oct. 10-12. The road team will face the same circumstances when their season kicks off in the Spring.

Regardless of the frustrating club status and exposure issues, the cycling team stresses that it is a community.

“More than the racing, it’s a group of friends,” Fischer said. “That’s where you make some of your best, lifelong friends because you share similar passions.”

“(The team) has shaped my life in a huge way, more so than I ever would have thought it would,” Reid said. “I really hope that kids coming on will have the same experience.”

Cyclists of all levels are encouraged to join the Cycling Team and there are opportunities for all riders to contribute. To learn more or get involved, check out their website.