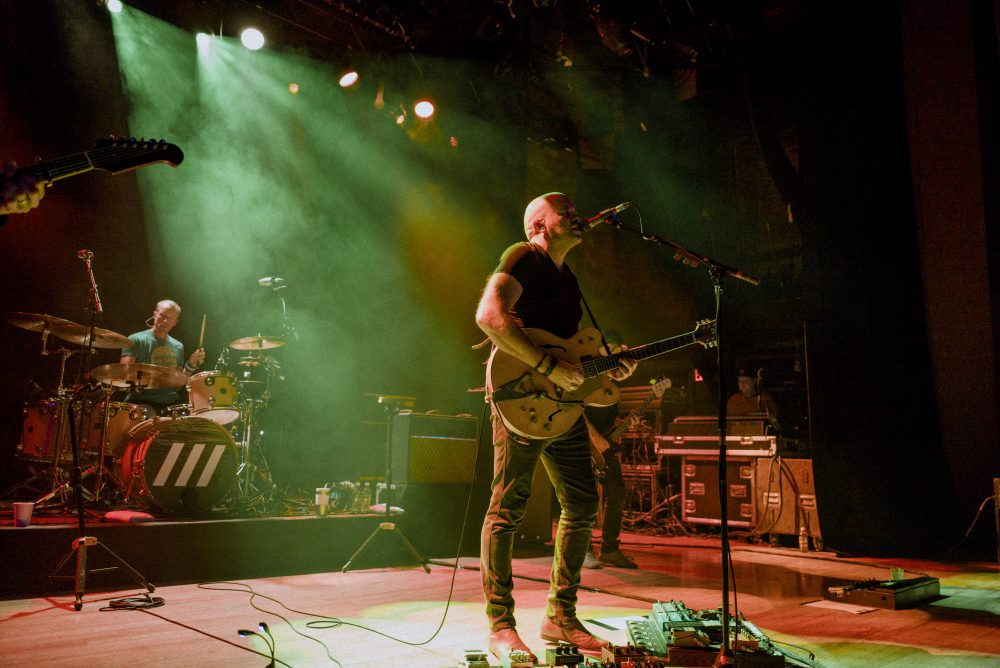 British band Ride brought a showcase of their decades-spanning work to the Boulder Theater on Oct. 4. Guitarists Mark Gardener and Andy Bell, bassist Steve Queralt and drummer Laurence “Loz” Colbert took the stage with Boulderites in the audience dressed in Slowdive, XTC and Beat Bookshop t-shirts — a reflection of Ride’s late 1980s and 90s era. But these Converse-clad true believers consistently gave more energy than the band itself seemed to be giving to the Boulder Theater that night.

Lead singer Mark Gardner took a sip from his Thermos and launched into “Jump Jet,” the opener
of the band’s latest album, “This is Not a Safe Place.” The show featured eight of the album’s 12 tracks. The crowd seemed to appreciate these songs, but the denser, noisier songs like “Repetition” were better received by the audience, drawing blurred head-bobbing and close-eyed smiles from a few.

“Repetition” lyrically confronts change, something that the personnel of Ride have a deep familiarity with. The band formed in Oxford in 1988 while the members went to art school. They spent their early years being influenced by noisy art-rock like My Bloody Valentine and Sonic Youth before releasing their debut album Nowhere in 1990. Ride’s first incarnation was marked by exhaustion and disagreement on the musical future of the band, and they broke up in 1996 only to reform in 2014. “This Is Not a Safe Place” is the band’s second album since the reunion. 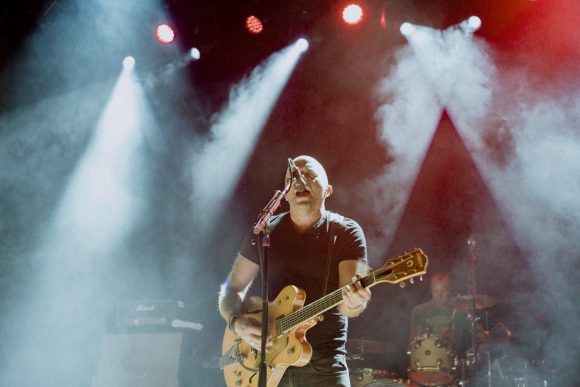 In Boulder, Ride seemed to be a band that was still confronting exhaustion and differing ambitions. The biggest crowd interactions Gardener had were standard remarks about how beautiful the Boulder Theater was and that he had walked a dog that day. The band’s interactions among themselves seemed tense as if they were trying to get in the same head-space throughout the night. Guitarist Andy Bell, who also was the bassist for Oasis, received most of the love from the crowd, with shouts of affection in between songs.

Stagehands shuffled guitars to Bell, who cascaded dreamy drones during the crowd’s favorite songs, usually the ones from Ride’s ‘90s catalog. “Leave Them All Behind” from 1992’s “Going Blank Again” was the crowd’s first display of passion for this beloved and weary band, but their energy only peaked to that level when classic Ride songs were played. Luckily, Ride knows their fans well enough gave an encore consisting of “Seagull” and “Chelsea Girl,” two of their earliest songs.

Ride is currently continuing their world tour with more dates in the US and Canada, which can be found here.