‘We are the change’: Black Student Alliance organizes protest in wake of chancellor’s address 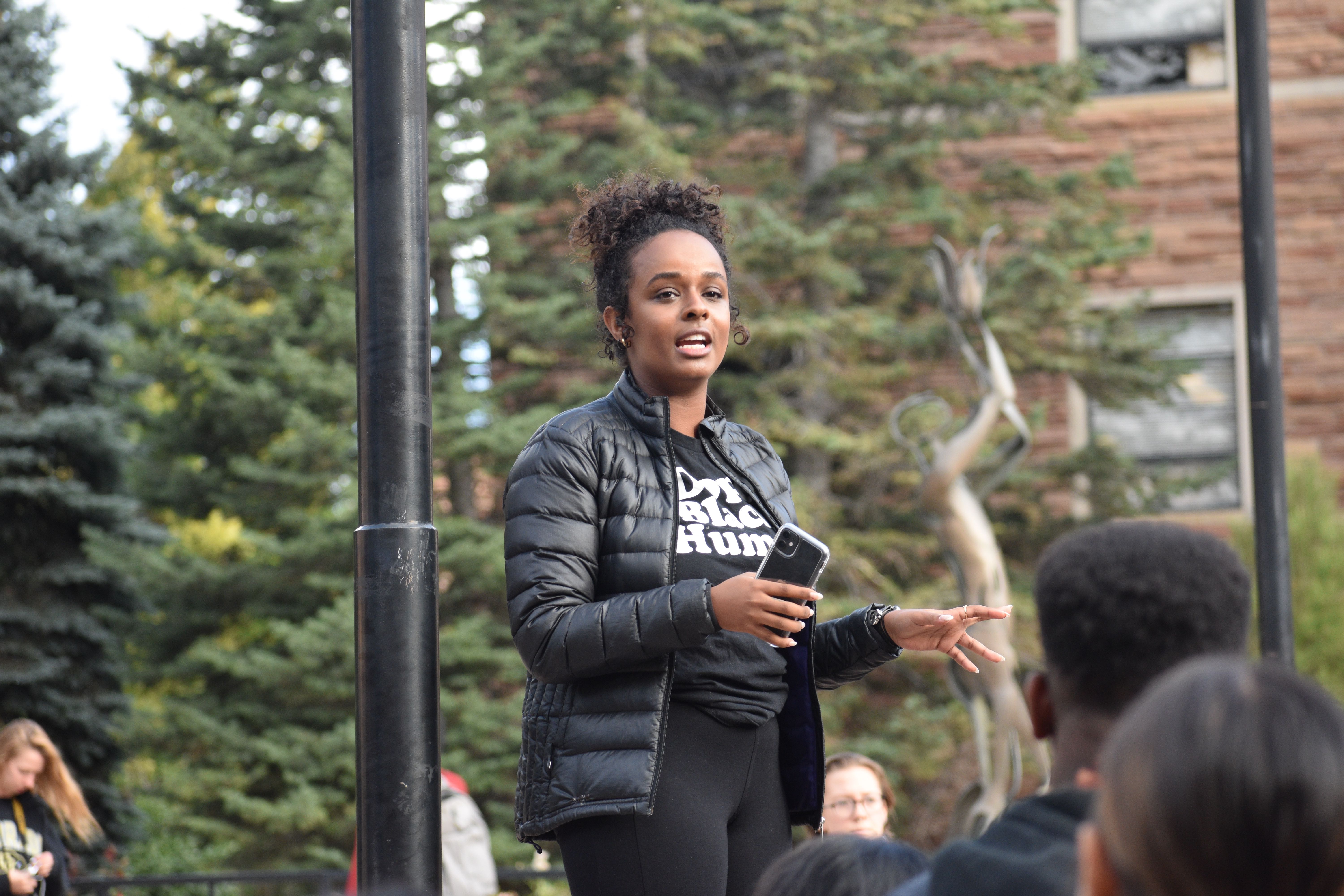 “This was forced on us and we suffer in silence,” said BSA President J. Fitzgerald Pickens. “We are the change.”

Multiple members of BSA made speeches advocating for the university to commit to ending the discrimination that many students say they face on campus.

“I want to make sure that people still care about this issue a week from now, two weeks from now,” said Blaine Tarekegn, director of events for BSA. “I would like to see them do more, I know a lot of people of color on campus including myself don’t feel safe on campus.”

Student outrage comes after a white woman verbally attacked a black student in CU’s Engineering Center on Sunday, calling the student the N-word and accusing him of stalking her. The woman was later identified as 33-year-old Rebekah Krajacic who is not associated with the university. DiStefano spoke of the issue at his annual State of the Campus speech on Tuesday – however, many student attendees walked out of the speech, stating that their concerns were not being adequately addressed. 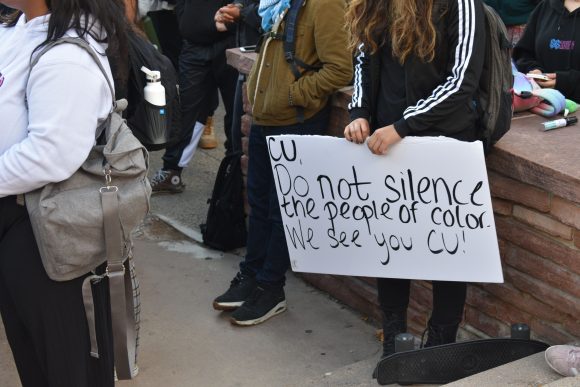 A protestor holds a sign reading “CU, do not silence the people of color. We see you CU!” Oct. 9, 2019. (Anna Haynes/CU Independent)

Representatives from the Muslim Student Association, Panhellenic Executive Board and CU Student Government gave their support at the protest.

“We stand in solidarity with the Black Student Alliance,” said Ryan Passas, student body president. “Our doors are always open for anyone.”

“An attack on one is an attack on all of us,” said Nur Daghestani, a member of the Muslim Student Association. “These types of acts aren’t acceptable, even more than a campus culture that makes us allowable and an administration that avoids our questions and dismisses our struggles … it should not be hard to start a conversation.” 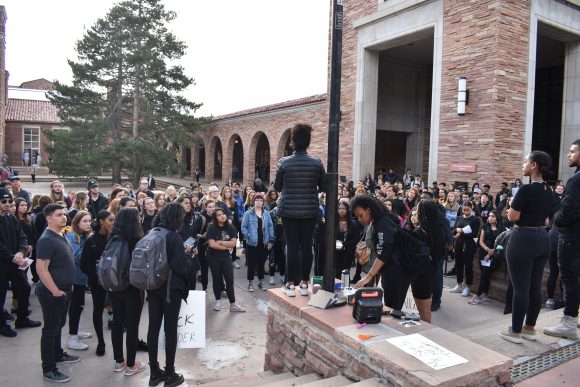 BSA announced at the protest that they have changed their demands since the woman in the original video, Krajacic, was identified as a non-student. They are calling for her to be banned from all CU campuses which the university has said they will comply with. The CU Police Department and Boulder Police Department are actively trying to find Krajacic.

Following the identification of Krajacic, two Asian American former CU students told the CU Independent that they were also harassed by Krajacic over the summer. The CUI also found five criminal reports against Krajacic and a video from early August showing a woman that appears to be Krajacic screaming racial slurs at a man in a Dollar Tree.