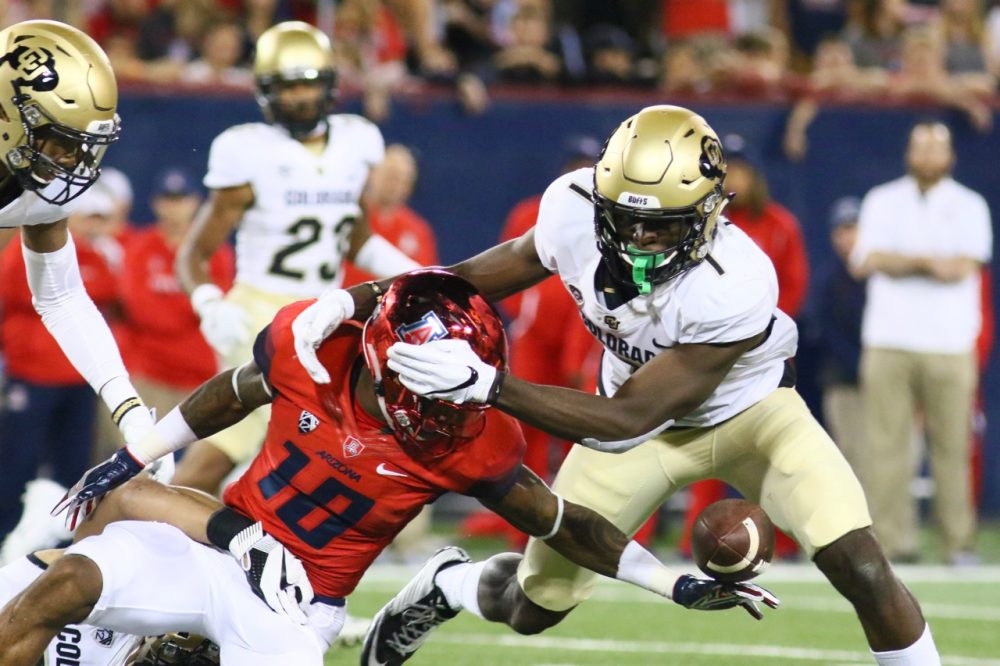 Fresh off a win in Arizona against the Sun Devils, the University of Colorado football team returns to Folsom Field Saturday to face the University of Arizona Wildcats with first place in the Pac-12 South on the line. Kick-off is at 2:30 p.m. MST.

Despite losing a shootout to Hawaii in their season opener, Arizona has strung together three consecutive wins so far this season. Their latest defeat of UCLA came even with UA quarterback Khalil Tate and junior running back J.J. Taylor both absent due to injuries. Freshman quarterback Grant Gunnell played well in place of Tate by throwing for 353 yards and a touchdown. It’s unclear if Tate or Nelson will play against Colorado with both being listed as questionable.

The Buffs have injury concerns as well with junior receiver Laviska Shenault Jr. and junior defensive end Mustafa Johnson both dealing with injuries.

CU last faced the Wildcats in November 2018 with the Buffs falling 42-34. Tate lit up the Buffaloes with five touchdowns and 350 passing yards. The win gave Arizona their second straight win against CU.

Saturday’s game is poised to be competitive as the winning team will be in the driver’s seat in the chase for the Pac-12 South Championship.