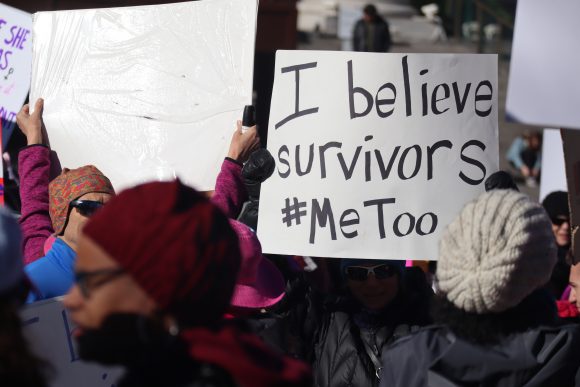 New York Times reporters Jodi Kantor and Megan Twohey, investigative reporters behind the exposé on Harvey Weinstein, will be speaking at Macky Auditorium on Oct. 21 at 7:30 p.m. Distinguished Speakers Board will host the event.

Kantor and Twohey’s groundbreaking story was published on Oct. 5, 2017, and was one of the major driving forces to the #MeToo movement. The story detailed sexual harassment and abuse accusations against Harvey Weinstein. It resulted in a wave of other women coming forward to speak against Weinstein and against other alleged abusers. High profile survivors who came forward later became known as the “Silence Breakers” when Time Magazine named them “Person of the Year” in 2017.

“Kantor and Twohey are two highly distinguished investigative journalists, and their award-winning work helped ignite a cultural revolution,” said Distinguished Speakers Board Chair Cameron Trauger. “#MeToo gave many the power to speak up about their experiences as victims of sexual harassment and abuse.”

Tickets for CU Boulder students will be $2 and $10 for faculty with a valid Buff OneCard, cash only. The tickets will be sold weekdays in the University Memorial Center from 10 a.m. to 3p.m. beginning on Oct.7.  For the public, tickets will be sold online for $20 starting Oct. 7 at 10 a.m.

If attendees want to purchase tickets for more than two people, organizers of the event ask that they contact dsbchair@colorado.edu.

The original article by Kantor and Twohey can be found here.