Opinion: The Global Climate Strike won’t save the planet 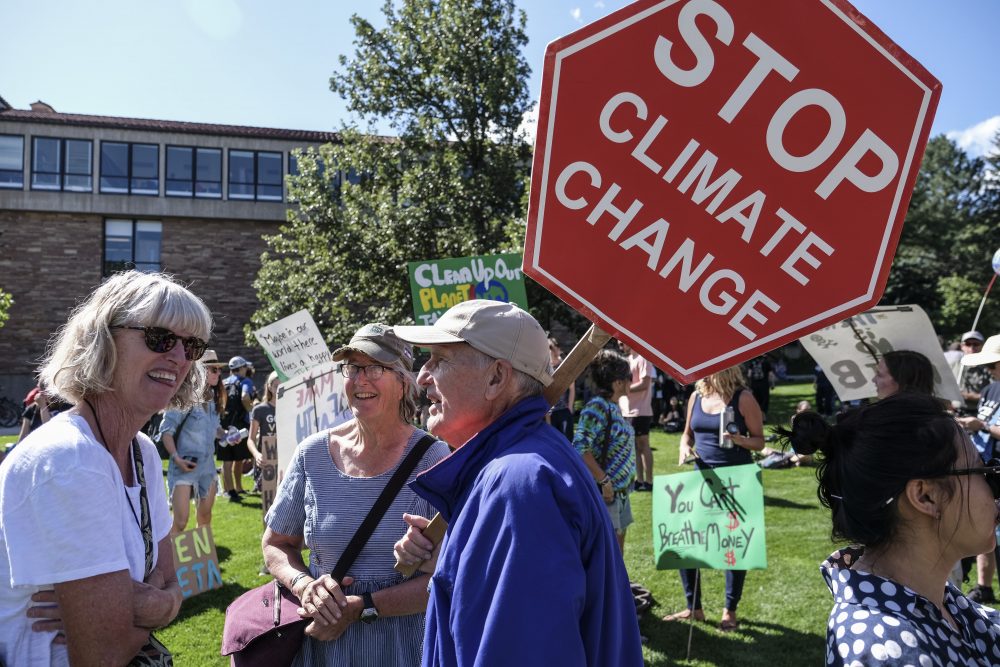 I, like many other people, have always been a fan of a good protest. Nothing says “stick it to the man” like a large group of passionate people holding up signs, yelling in uniformity. The University of Colorado Boulder is no stranger to protests and strikes, either. The Global Climate Strike on Friday drew a considerable amount of attention from both students and faculty alike, but I cannot help but wonder if this will just be another commemorative event for Boulderites to show off to everyone else that their climate change signs are the best.

Protests, marches, strikes and organized groups have strong roots in shaping this nation’s history. Those who agree that history repeats itself would probably also notice that our current social and political climate seems to be reverting back to these fundamental strategies. In the age of Black Lives Matter, March For Our Lives and #MeToo, the bus carrying all of these social issues picked up climate change on the side of the road and told it to get comfortable.

The strike held at Norlin Quad played out like many other national strikes have in the past: lots of hand-written signs that were posted all over Instagram and Snapchat, adrenaline highs from yelling at absolutely no one in particular about plastic straws, and a few inspiring messages from those who really believed that the turn out would change the world. And then it was over.

The official Global Climate Strike website provides tips on how to “make your own climate strike graphics,” a page to download images for your own poster, and a “#climatestrike art-making kit”, but no individual tips on how someone can actually limit their environmental impact. There should at the very least be a reminder to all of those stressing over the aesthetic of their signs to remember to recycle them when the strike is over.

As someone who has participated in a march before with March For Our Lives in Washington, D.C., I can attest that protests are great in unifying people that are fighting for the same cause. It is extremely rewarding to stand shoulder to shoulder next to complete strangers who are just as passionate about something as you are. However, I have not see a single legislative or political change in regard to gun control. These marches took place all over the country and rather than policy change, we are left instead with bulletproof backpacks and fear of whether or not we’ll be a victim of the next mass shooting.

“In the age of Black Lives Matter, March For Our Lives and #MeToo, the bus carrying all of these social issues picked up climate change on the side of the road and told it to get comfortable.”

Climate change is without a doubt one of the most pressing issues of our time. People care so much about it that 150 countries planned events of their own for Friday, Sept. 20, to raise awareness and urge institutionalized and individualized action that will increase efforts towards sustainability.

Like many other protests, the Global Climate Strike was organized by socially involved youth who urged students and faculty to walk out of their classes or their jobs in an effort to enhance environmental advocacy and civic engagement.

Increasing awareness and demanding lawmakers to do something about the current environmental crisis is important. However, people forget that it’s one thing to hold up a sign with words describing the world’s problems, and another to take individualized action towards solving them. Of course, there is no harm in participating in protests, marches, and strikes. However, I cannot help but wonder if participating in them is more for our own self-fulfillment rather than for demonstrating the need for political change.

Myself and residents of my hometown walked down Pennsylvania Avenue the day March For Our Lives held its first march with high hopes that Congress would see all of our young faces desperately fighting for gun control. I cannot say that our efforts were put to waste, or that I didn’t at least for a second feel like what I was doing was going to leave a mark on history. I will say, however, that I am extremely disappointed with the lack of response and acknowledgment from Congress and the president. Am I surprised? Honestly, no. Not in this political climate.

It would be wrong to say that I am here to tell all of the youth climate strikers that their efforts were useless, but I do hope they realize government officials aren’t always moved by homemade posters.

Last month, the Trump administration proposed a plan to revoke regulations on methane leaks produced by oil and gas companies. In 2017, the president removed climate change from the list of national security threats. These are just two examples among a much longer list of actions the president has taken to otherwise reverse all progress against climate change started in the Obama administration. This means we are retaliating against a government that doesn’t consider climate change as a threat in the first place. Our signs and our chants mean nothing in the eyes of a bunch of officials receiving hefty paychecks from big oil and gas companies.

Organized assembly does have wonderful effects in the eyes of social and political movements. We see that throughout U.S. history, protests and movements don’t actually work in influencing government officials, but they do prompt people to be politically active by doing one thing: voting.

The 2020 election is not too far away, and for those of us who participated in the Global Climate Strike, we must remember that signs, marches, chants and hashtags are all great. But they mean nothing without your vote, too.