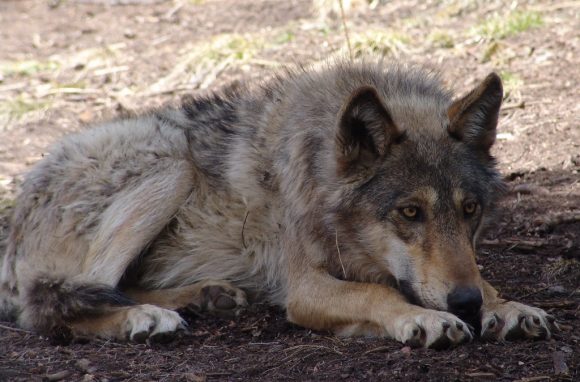 University of Colorado Boulder students may have seen the various volunteers around campus asking their signature question, “Are you a Colorado voter?” These volunteers are working for the Rocky Mountain Wolf Action Fund, an organization dedicated to bringing the gray wolf back to the Colorado mountains.

On Thursday, Sept. 19, Montana Sen. Mike Phillips came to the CU campus to speak on the subject.

Phillips was one of the pioneers for the mission to reintroduce gray wolves into the Montana and Idaho mountains and is now attempting to do the same in Colorado. In his talk, he went over the past, present and future of gray wolves. Phillips also provided several statistics about the previous efforts and denounced the biggest arguments against reintroduction.

Historically, gray wolves were one of the most widespread species and were found almost anywhere in America. However, due to rampant hunting, gray wolves became completely extinct in the wild, only surviving in captivity. Today, they have been reintroduced; first through the Yellowstone National Park project, and now through efforts of people like Phillips in the Midwest.

“I wish I could offer a raft of data on wolves and human safety, but they’re hard to come by simply because wolves do not present a threat,” Phillips said.

Phillips attributed this to the fact that gray wolves are small and therefore know the “sweet spot” of animals they hunt, of which cattle and sheep are not a part. The attacks do happen, though, and Phillips said the ranchers and wool growers must be compensated for them.

One of the biggest reasons for the push for reintroduction is the fact that there is a gap between gray wolves repopulated into the northwest of the Rocky Mountains and red wolves that have been reintroduced in the south. This gap is due to Wyoming classifying gray wolves as a predator, meaning that people can kill them any time, any way and in any number. This stops the wolves from Montana from spreading down into Colorado and repopulating the entire mountain range.

The environmental benefits the wolves have statistically brought include healthier elk and deer; less damage from overgrazing; cleaner rivers and streams; improved habitat for trout, otters and muskrats; greater drought resilience; and support for scavengers such as bears, eagles, ravens and magpies.

Phillips and the Rocky Mountain Wolf Action Fund’s current mission is to receive 200,000 signatures on their petition to place a wolf restoration measure on the ballot.

Many polls they have done in Colorado show great support for their mission, and they are confident that if they can get it on the ballot it will pass. As of Sept. 2019, they have close to 160,000 signatures. They also need $1 million to support the restoration.

Those interested in donating or learning more about the Rocky Mountain Wolf Action Fund can visit their website.