Review: JPEGMAFIA tackles fame, injustice in ‘All My Heroes Are Cornballs’ 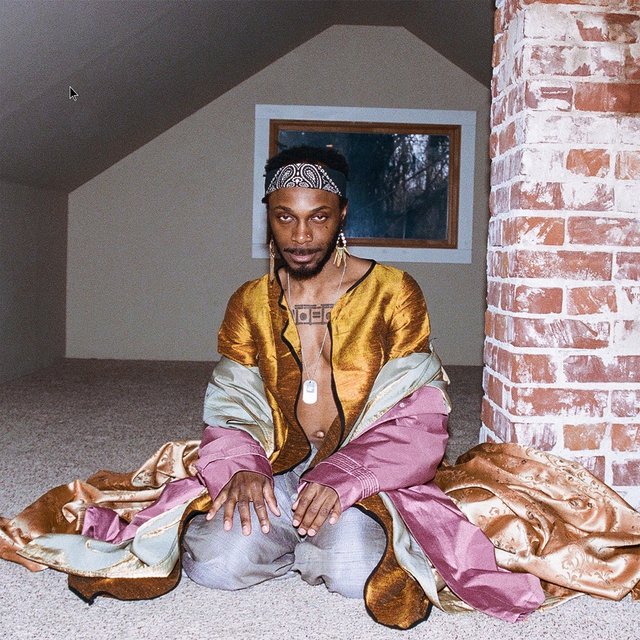 “All My Heroes Are Cornballs” (JPEGMAFIA / EQT Recordings LLC)

Rapper Barrington Hendricks, known as JPEGMAFIA, released his latest album “All My Heroes Are Cornballs” this week. The 18-track project takes listeners on a wild ride through distorted sounds and aggressive lyrics, showcasing a subversive personal experience perfectly suited for the digital age.

JPEGMAFIA came onto the hip-hop scene last year with his album “Veteran,” an angry, confrontational and gritty reflection of his days serving in the Air Force. This unconventional project put a mirror up to the dark underbelly of the notions of patriotism, masculinity and the American dream, showing rap that extends beyond brag-heavy lyrics and familiar trap beats.

However, instead of being preachy or cliche, JPEG’s music is known for its satirical irony. Past song titles, such as “I Might Vote 4 Donald Trump,” and his Twitter username @DarkSkinManson force fans to decode the rapper’s true beliefs and messages. He often raps from the perspective of those he seeks to mock. In an interview with Pitchfork, he said, “I like re-appropriation like that.”

On his newest record, JPEG’s middle finger to injustice shines throughout the entire project as the rapper tackles various social issues and his own personal experiences. “I guess that it’s just a vicious cycle,” JPEG hums in a high-pitched voice over a distorted synth beat in “Rap Grow Old and Die,” a song discussing the pitfalls of the No Child Left Behind Act. In “PTSD,” a discussion on gun violence and its psychological ramifications, his vocal performance is powerful, alternating between near-falsetto singing and aggressive yelling.

JPEG shows he isn’t afraid to explore the dark side of fame. In “Beta Male Strategies” he raps, “When I die my tombstones’ Twitter, Twitter,” and “Rap’s so good to me, I hope it gets me canceled.” Both lines showcase the rapper’s pessimistic views surrounding stardom in the internet age with the permanence of online discourse.

On this project,  JPEG isn’t afraid to get weird, either. His use of strange, unexpected sounds make the album a raw, organic reflection of the internet’s wonderfully weird, chaotic energy. Seamlessly jumping between genres, JPEG’s punk-industrial guitar riffs and blown-out bass on “PRONE!” sound like a mix between the metal style of Rage Against The Machine and recent SoundCloud rappers such as XXXTentacion.

JPEG proves that he can adopt nearly any sound. “BasicBitchTearGas” is a chopped, screwed cover of TLC’s “No Scrubs.” “Post Verified Lifestyle” features a minute-long outro, featuring a female moaning “Peggy” over a beat featuring samples from Nintendo’s Legend of Zelda. With his genre-bending tendencies and provocative lyricism, JPEG proves that he isn’t afraid to show his flair and make an album full of bold creativity and internet activism.

JPEGMAFIA will perform at Denver’s Bluebird Theater on Oct. 24, 2019. Information and ticket prices for his upcoming show can be found here.