‘I Love Female Orgasm’ talks frankly about the big O 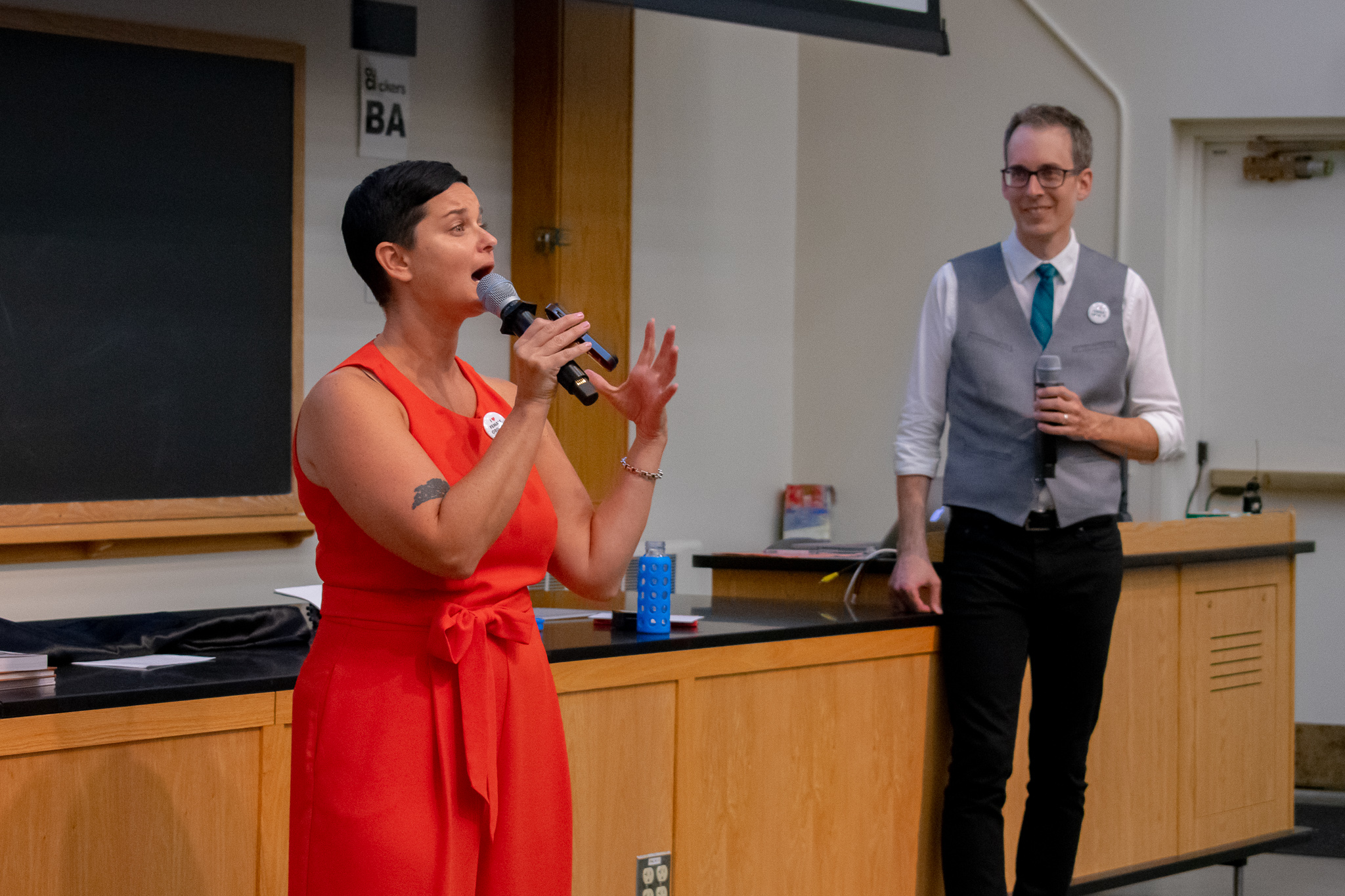 On Thursday, Sept. 12 in the Cristol Chemistry building, sex educators Lindsay Fram and Marshall Miller spoke to an audience of all gender identities and sexual orientations about achieving the elusive “female orgasm.”

Fram is a co-author of “Above the Waist: Sexuality Education Beginning with the Brain” and has been working in the field of sex education for over 15 years. Marshall Miller is a co-author of “I Love Female Orgasm: An Extraordinary Orgasm Guide.”

Fram started the event by clarifying the inclusive meaning of the word “female” in the event’s title. “Female” is representative of everyone who identifies as a woman, regardless of one’s physical or genetic makeup.

“We recognize that gender is really complex,” Fram said. “There’s a spectrum. There’s a galaxy. There’s so much happening.”

Miller also provided a disclaimer that while they would be using certain names for certain genitalia, he advised the audience to ask their partners what they would like their genitalia to be called. While cisgender people don’t typically experience mislabeling of their genitals, Miller said, “it can be an issue for trans people.”

Fram pointed to one study that found another, more unique way to increase one’s chances of achieving orgasm: wearing socks.

“We recognize that gender is really complex. There’s a spectrum. There’s a galaxy. There’s so much happening.”

The reason, Fram said, is that more blood will be pumped to extremities such as fingers and toes while people are naked because their bodies are typically colder. If socks prevent the feet from needing blood pumped to them, more blood can be pumped to the genitals.

For a 20-minute period, the audience was directed to separate rooms based on gender to have open discussions about their experiences with orgasms.

“They made it such a comfortable place for people to share,” said freshman Sophie Harris said. “It’s not really that often that you get people of all shapes and sizes and genders … sharing their orgasm stories.”

“I probably learned more today about female genitalia and female pleasure than I did in any other sex-ed class,” said Monique Knuesel, a freshman business major.

Other sex ed classes, Knuesel said, talk “way more in-depth about male pleasure and the actual anatomy of the organ rather than how you can mutually enjoy each other.”

“You need to recognize that each body is different,” Knuesel said. “You need to explore that and really take the time to get to know yourself.”