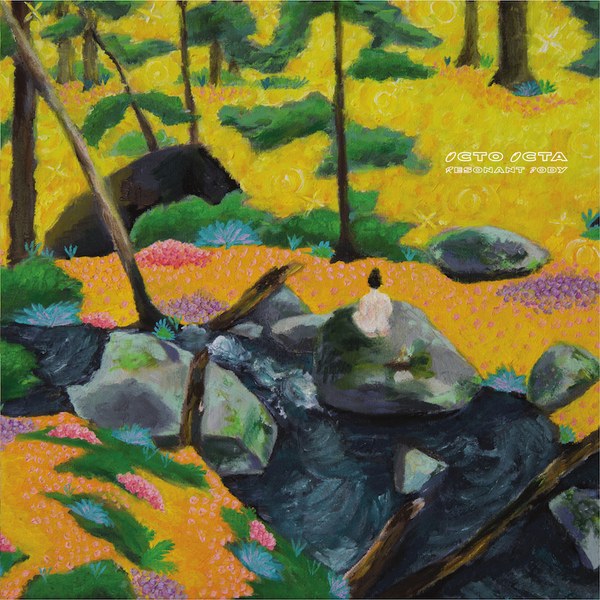 Bouldry-Morrison has been releasing music under the Octo Octa alias since 2011 but this new record is the first one she has released on her own label, T4T LUV NRG, which she runs with her friend and partner Eris Drew. The label’s Bandcamp page describes it as releasing “alchemical objects for use in DJing, dancing, kissing and crying,” a fitting portrayal of Octo Octa’s work. The tracks on “Resonant Body” run the gamut from ambient soundscapes with samples of bird calls to bouncy deep house breaks whose soul samples give them a poignant emotional edge.

The entirety of “Resonant Body” was recorded at Bouldry-Morrison’s cabin in the woods of New Hampshire. The album’s cover art pictures her in those same woods, perched atop a boulder near a stream. It is initially hard to picture how an album of dance music like this could be made outside of a large city —  but Bouldry-Morrison has used the isolation to her advantage, crafting an intensely personal album in these eight songs.

“Imminent Spirit Arrival” kicks off the album with blown-out synth bass, leading into classic breakbeat drums and continuing to morph with fuzzy chords accompanied by a twanging lead. The following track, “Move Your Body,” places a classic soul sample over shining synths and a driving breakbeat. During these 48 minutes, it’s difficult to resist the urge to dance. Listeners will find themselves unwittingly bobbing their heads and shifting in their seats as the album plays through.

There is something to be said for Bouldry-Morrison’s astounding ability to pack heavy, emotional messages into these largely lyricless songs. Perhaps the best example of this is the album’s sixth track “Can You See Me?” with lyrics that repeat the line, “I know exactly how you feel.” The title and lyrics seen within the context of Boulder-Morrison’s personal life give them even greater meaning. She came out as a transgender woman in 2015 after her music had already turned her into a somewhat public figure. However, her identity has always been an important part of her music.

Bouldry-Morrison’s first album “Between Two Selves” came out before her transition and contains themes of change that took on new meaning afterward. “Can You See Me” can be taken as a proclamation of her solidarity with the queer communities that have been so receptive to her work, and so important to her success.

The rest of the album resists holistic classification in the most ear-grabbing way. Take “Spin Girl, Let’s Activate!” for an example. The track begins with a thumping, muffled bass drum that leads into squishy acid house basslines and classic house drum beats. Shining piano chords reminiscent of Detroit Techno originators like Derrick May and Juan Atkins seem to come out of nowhere but fit right into the song’s beautiful amalgam of electronics. The rhythms present are constantly peppered with the breakbeat that has influenced Bouldry-Morrison throughout her career.

One of Bouldry-Morrison’s greatest strengths as a musician is the duality that she is able to work into almost all of her tracks; they are equal parts dance floor banger and cathartic. On recent tours, she has moved away from playing live sets of her own music to performing analog DJ sets with records dug up from stores in San Francisco, Chicago, London and Berlin. Her Boiler Room set from November of 2018 is full of many of the same old school house elements that she has masterfully mixed into her own music.

“Resonant Body” understands its context well by paying tribute to the black and queer communities that invented and popularized these brands of dance music. The album pays clear sonic homage via references to house, techno and breakbeat innovators. This condemnation combined with Bouldry-Morrison’s own sonic evolution as an artist has resulted in a record that understands its roots but still wants to push the boundaries of house music forward.

Octo Octa played a DJ set in Denver in July 2018 and has tour dates this fall that are slated to take her around all around the world. “Resonant Body” is available on all streaming platforms. Physical copies are currently sold out on her Bandcamp.