Boulder band Corda Vera and others to play at Fox Theater Thursday, Sept 12. 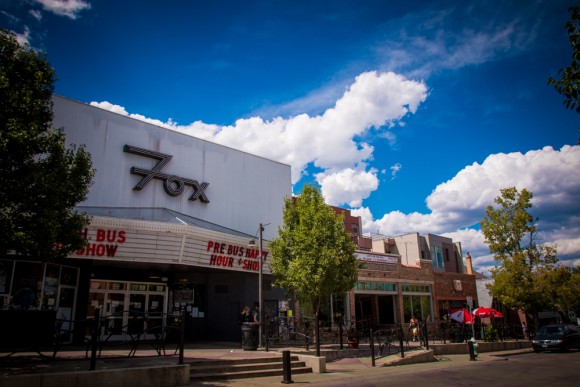 The marquee of the Fox Theatre on the Hill in Boulder. (Robert Hylton/CU Independent file)

This Thursday, Sept. 12, indie band Corda Vera, along with the Jive Tribe and Banshee Tree, will perform live at the Fox Theater. While Corda Vera is relatively new to the Boulder music scene, the group has already generated significant publicity.

The band strives for shows to be a gathering for people from different social circles and friend groups, all united by common interest and love for underground music. The group has never performed a cover and does all original, collaborative songs.

Thursday’s show will also mark the beginning of the Jive Tribe’s tour for their second album, “Thankful.” Jive Tribe keeps it fresh with new music that cannot be bound by one specific genre. Digital algorithms tend to categorize the group under the “Pop-Rock” alias although their live sound proves otherwise.

Banshee Tree will follow suit with a similar style of genre-bending austere. The ability to attain more than just one type of sound or set of instruments has opened up a whole realm of possibilities for the band and a calendar full of shows. Banshee Tree will likely be showing off their most recent release, “In the Company of Crows.”

Information and tickets can be found here.