Opinion: National issues have a presence at home – here’s why local politics matters 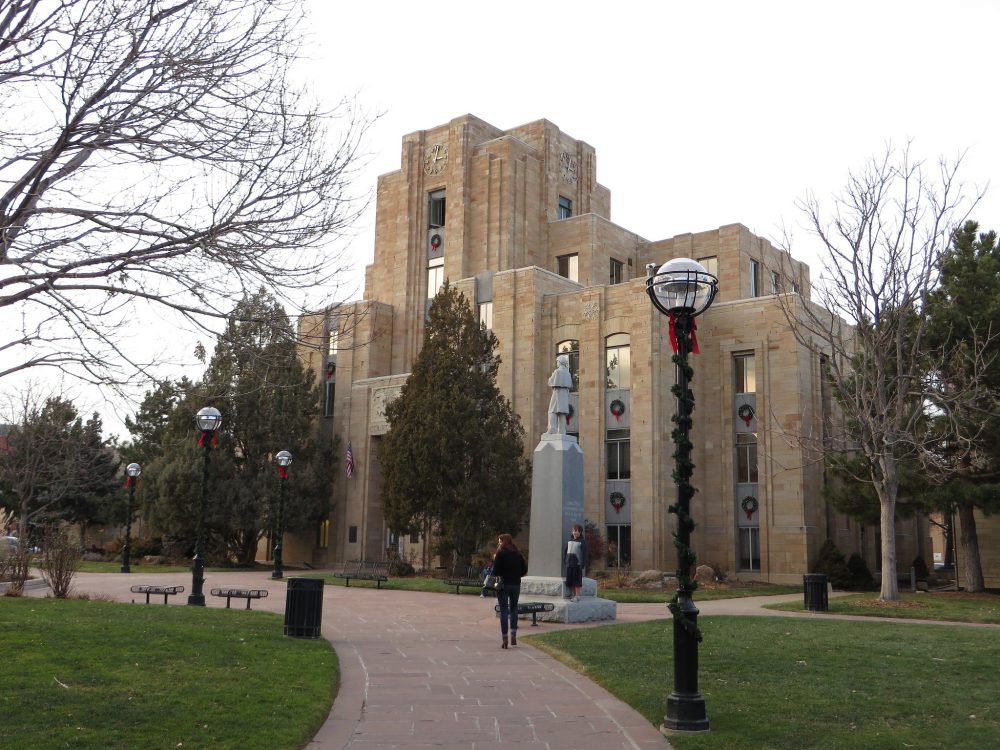 Across the country, folks are dying in the street due to both violence and lack of aid. International trade wars are impacting the prices of our favorite goods. The Amazon rainforest is literally on fire. Yes, these things matter, and yes we should care about them. But we can also contribute to efforts about concerns closer to home by engaging in local politics. When it comes to local issues, we can make a real difference.

Quite understandably, many national and international issues seem too daunting and too complicated for us to act upon as individuals. But that doesn’t mean we shouldn’t be politically active. Many of the same issues we see at the national level are also present here in Boulder. It may seem tough to enact change at the national or international level, but there is a lot that you can do in your local area. (Yes, suggestions on how to get involved will follow!)

In 2014, Boulder implemented a housing project on Lee Hill Road, supporting 31 chronically homeless residents. Despite significant pushback from neighbors before folks moved in, the project “generated zero neighbor calls to police, zero complaints to Boulder Housing Partners and accounted for zero police arrests during the period.” It also costs less than what the city pays for their reliance on temporary shelters and police work, following trends we see with “Housing First” policies across the country.

But despite the success of Lee Hill, it is not often that Boulder provides housing for those in need.

On Christmas Eve 2017, Benji Harvey froze to death on the University Hill after being refused entry to a homeless shelter. At least 17 people died while experiencing homelessness in Boulder in 2018.

“By starting locally, we can alleviate the impacts of this national problem.”

Regardless of the national or international movement around people experiencing homelessness, deaths like these can be avoided if locals are driven to help the cause. When given the chance to do something about the issue earlier this year, the Boulder City Council voted against keeping a severe weather shelter open every night of winter. This came on the heels of the council’s order for police to clear out a longstanding homeless encampment in the Diagonal Plaza parking lot, sending a clear message that Boulder cares more about property and the economic situation of businesses than folks literally trying to survive.

This issue dovetails with another national problem, one which also has a local presence: police violence and racism. For those unaware, nationally Black people are three times more likely to be killed than white people and are also disproportionately more likely to be incarcerated. Boulder recently made the national news when an officer drew a gun on a Zayd Atkinson, a Black student picking up trash in front of his own building.

More broadly, Boulder’s data of arrest records from 2018 show that when it comes to discretionary stops – stops that the officer isn’t obligated to make due to a warrant or a felony in progress – Black individuals are twice as likely as whites to be stopped, and, when they do get stopped, are twice as likely to be arrested.

In the wake of all this attention, Boulder City Council created a police oversight task force that intended to be made up of a diverse set of folks, including at least some who have been incarcerated, experienced homelessness or have a disability. However, one such individual who was recommended for the task force, Sammie Lawrence, was rejected by the Council. The justification given by Councilmember Young was that she felt like Lawrence was giving too much “theater” when talking about his recent arrest for filming the police. Behaviors like these make you really question what voices the City Council actually wants to listen to. It’s false to say that Boulder is doing nothing on these issues, but there’s clearly more that could be done.

Local politics also play a part in more global, complicated issues, including the most all-encompassing of all: global climate change.

Just last week, the Boulder County District Court allowed a case about local control of fracking to go forward. Voters in Longmont – a neighboring city and part of Boulder County – approved a fracking ban, and oil and gas interests argued that this was against the local control laws. Not only could the results of this case impact those living in Longmont and Boulder County, but they could also set a precedent across the state of Colorado. Given that the Environmental Protection Agency just this month called the Denver and surrounding Front Range region a serious violator of federal health standards, such local court cases could have drastically important consequences.

As climate change slowly gains attention in Washington, D.C., the first-ever meeting of House Select Committee on the Climate Crisis was just held at our very own CU Boulder campus.

Of course, local politics also deal with, well, local politics. Prairie dogs, of all creatures, have been at the heart of years of local debate. Boulder City Council and CU have been at odds for years about how best to deal with a particular plot of land with regards to flood mitigation and/or housing.

Even vaping has been at the center of recent discussions, both with regards to age limits and to bans on flavored products. And like any growing city, there are constant concerns connected to local retail and tourism.

You need not care about every issue, but given the breadth of issues dealt with at the local level, there’s something for everyone to care about.

In 2017, out of over 200,000 active voter registrations in Boulder County, less than 100,000 folks voted. One item on our ballot was Boulder City Council. With folks able to vote for five candidates – one per open position on the Council – only 136,282 votes were cast. Assuming each person voted for five as allowed, that works out to just under the number of full-time CU Boulder students. We couldn’t just make an impact on the election, we could drastically change the course of Boulder politics – that is, if there’s someone running who is worth voting for.

Turns out, a fellow Buff is running for Boulder City Council this year. Junie Joseph is a law student here on campus who has previously worked with various human rights organizations, most notably as a Human Rights Officer within the United Nations Mission to the Central African Republic. Like many of us, she struggled to try to find affordable housing when moving to Boulder (it’s worth noting that all city council members are property owners) and she’s dedicated to creating a “city council that is more reflective of the community it is meant to represent, including working-class people and students.” It’s no surprise that she was already endorsed by the Boulder Progressives, a group that plans to “elect leaders that are genuinely vested in representing all of Boulder’s citizens.”

“Given the breadth of issues dealt with at the local level, there’s something for everyone to care about.”

There are also tons of other candidates worth paying attention to, too, and you should take the time to learn about them. A candidate forum is happening this Thursday, Aug. 28, from 5 to 8 p.m. It’s free and there will be snacks. For those who like doing their own research, an official list of those certified to run for City Council can be found here.

City Council meetings – generally every Tuesday at 6 p.m. – are free and open to all.  Don’t want to spend your evenings in meetings? You can also follow along at home through live-tweeting from local journalists like  Sam Lounsberry of the Daily Camera and Shay Castle of the Boulder Beat, a new City Council-focused independent news site. And you’re obviously already reading the CU Independent, so don’t give that up either!

Being an informed, active local voter is incredibly important, but you might also want to take action, and you certainly can.

Take the example of two of our fellow Buffs, Keegan McNamara and Emilie Adamovic. McNamara saw our homelessness crisis and wanted to do something. He helped form Forgotten Neighbors, a website where people experiencing homelessness can share their stories in their own words. Adamovic saw how many on campus are food insecure and did research to see just how widespread the problem is. The results caused the media to take notice and CU Boulder to begin making changes. They saw a problem and did the work to change it.

Of course, we’re all incredibly busy, but we can all do something. We can write letters to the editor or guest opinions to share our thoughts with the wider community. We can join rallies or marches about issues dear to us. We can talk to our friends about the power of voting locally and help others stay informed about our shared home.

Politics isn’t just men in suits arguing (or tweeting) about how much better their national team is than the other national team. Politics is local too. And local politics matter.