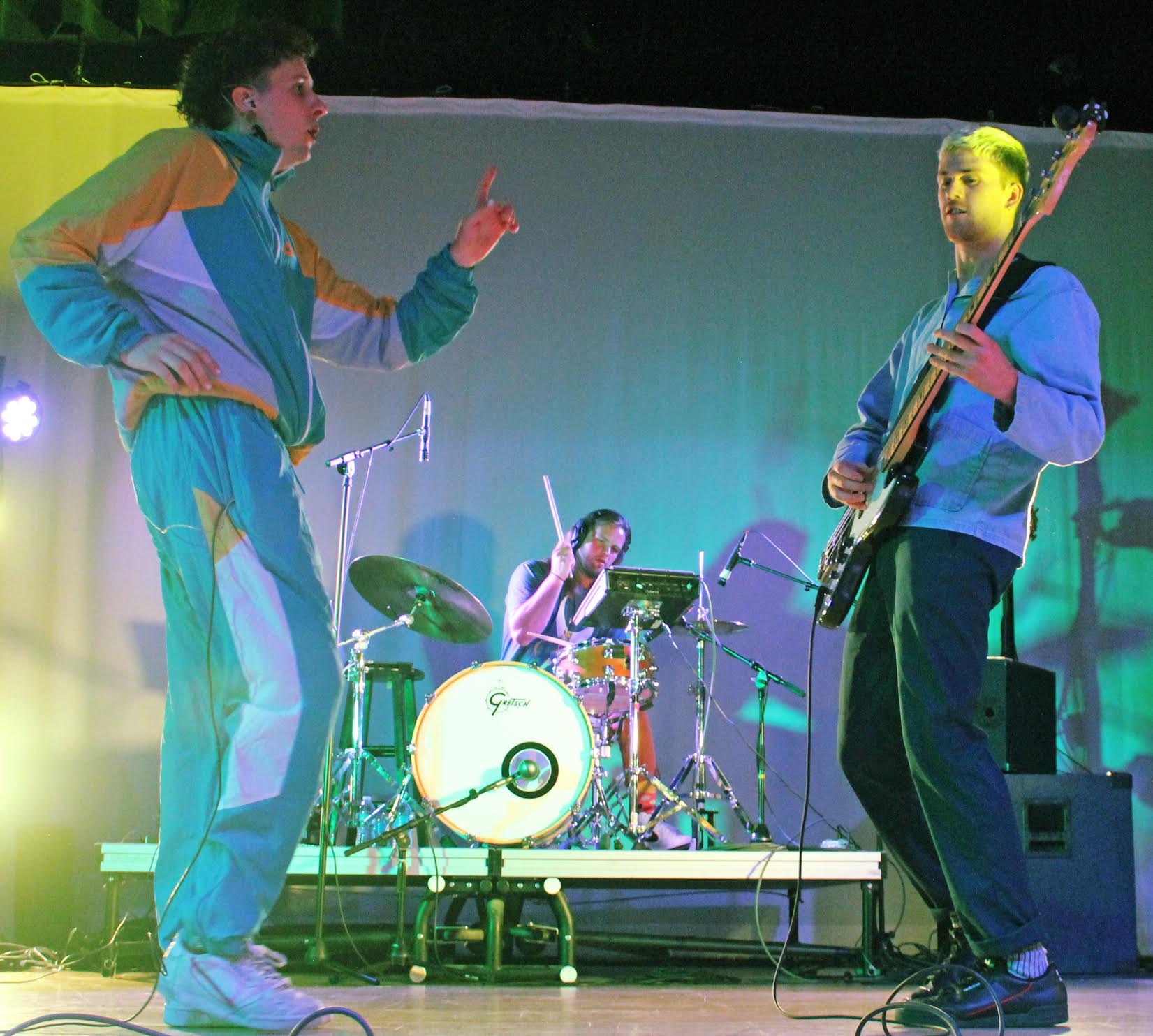 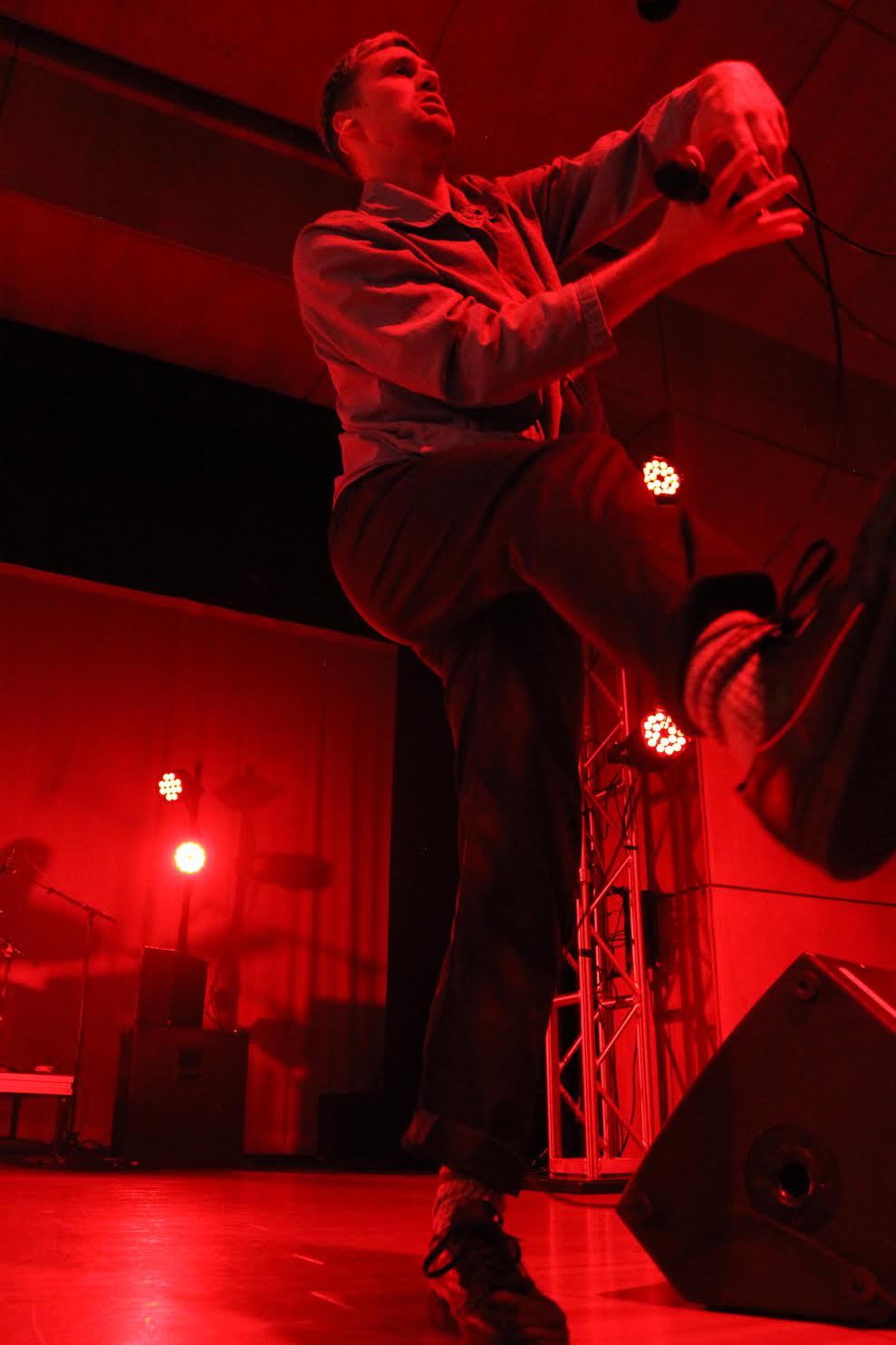 It’s easy to forget Sven Gamsky, who now leads Still Woozy, was a guy recording music in his garage a couple of years ago. A one-man show, he recorded and mixed all the instruments in his early tracks from guitar to synth to vocals. He released four singles in 2017, including his hits “Goodie Bag” and “Cook.” That year, Spotify put his singles on the Fresh Finds playlist and his career took off. Now he’s performing live around the world with his bassist Tiny and drummer Skinny Pete.

Still Woozy’s live stage presence was electric. From the moment he started jamming, the audience focused, holding onto every lyric, their eyes glued to the stage — a far cry from the lukewarm head bopping for the warmup band Yeek. Energy began to build and excitement emanated through the room.

Gamsky sped through his newer singles. The show started with “Lucy,” followed by “Vacation,” “Wolf Cat,” “Lava” and a few upbeat covers, including Hank Williams’ “Angel of Death.”

The crowd shouted along to the songs and a few girls screamed, “we love you Tiny!” 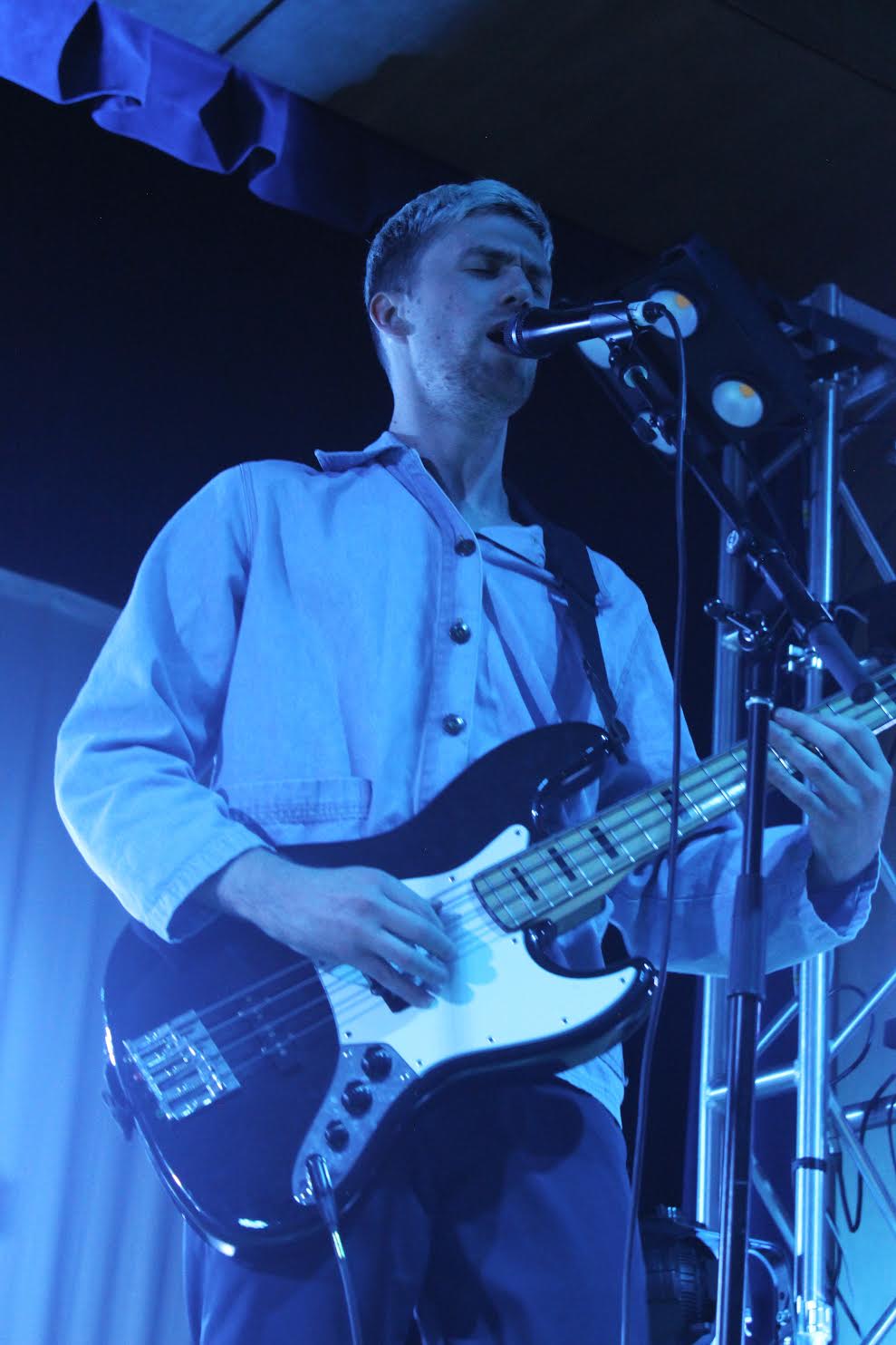 Gamsky and Tiny included their signature freeform dancing from Still Woozy’s YouTube music videos, such as “Goodie Bag” and “Lava.” They danced like music was exploding out of their bodies. Their movements were organic, spontaneous and free, instantaneously and fluidly shifting to new ideas. They danced and danced, beads of sweat running down their face, their skin glistening in the neon stage lights. They flew across the stage, their feet barely touching the floor and never staying in one place for more than a few seconds. They were kicking, spinning, jumping and bopping.

The onstage aesthetic was just as psychedelic as the movements. Tiny wore a loose teal, lemon and white jumpsuit, a look straight from the ’80s in all of its neon glory. His black feather earrings and curly mass of hair flapped wildly as he danced. Vivid lights brought red, yellow, green and blue beams onstage in quick succession. A trippy image with the Still Woozy logo was projected on two massive screens, the visuals as experimental, distorted and otherworldly as all of Still Woozy’s album art.

Still Woozy saved the crowdpleasers for last, finishing with his most popular songs “Goodie Bag,” “Habit” and “Cooks.” Shouts of “encore” soon crescendoed. Still Woozy relented, launching into his first song of the night, “Lucy.”

Sweaty and breathless but reenergized by the crowd, he danced like the night would never end. 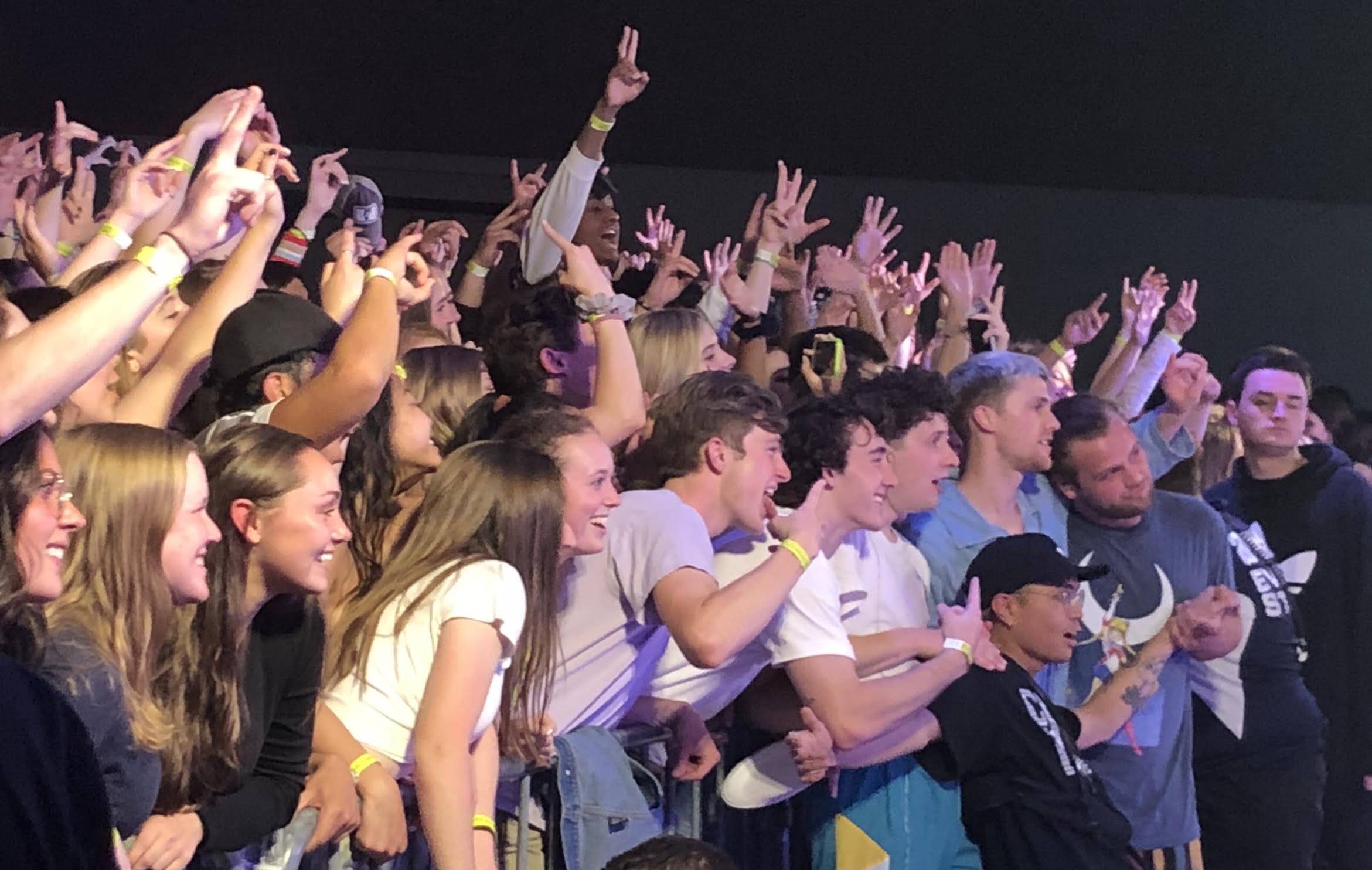