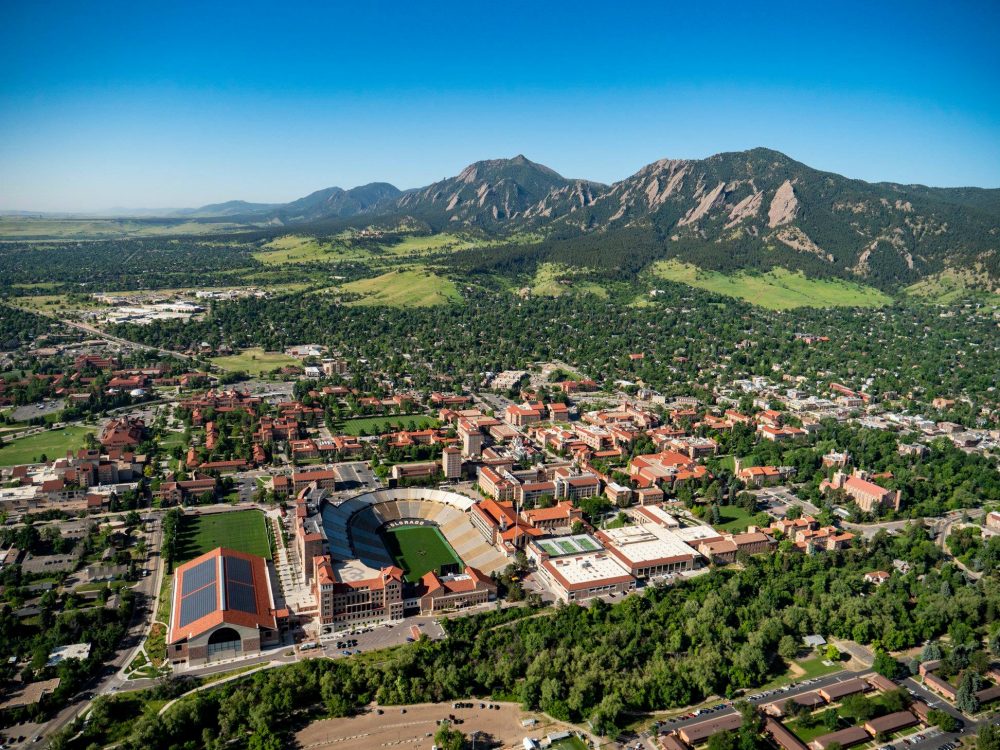 “Listening and thinking critically before forming opinions are the hallmarks of a great university.”

That line came in Denver Post guest commentary written by Sue Sharkey and Jack Kroll, the chair and vice chair of our Board of Regents, as an attempt to defend their recent presidential search process. Unfortunately, the more we learn about the Board of Regents’ decision to select Mark Kennedy as the sole finalist for University of Colorado president, the more obvious it becomes that they don’t believe “listening and thinking critically” are necessary for being a Regent. Or if they do, then it appears that they are even more incompetent than many of us might have thought.

Let me point out that Ken McConellogue, in his role as official University of Colorado spokesperson, told the Denver Post that CU won’t even consider what will happen if the Regents vote against Kennedy. While Regents Sharkey and Kroll wrote in their defense that they “trust [the CU community] will have an open mind throughout the process,” McConnellogue’s comment alone makes it highly doubtful that the Board of Regents is willing to it’s their minds open.

But, that’s no surprise.

On April 10th, the Board of Regents announced Kennedy as the sole finalist in a press release that read like a celebration of a new hire, not a call for feedback. They made it clear that they were “excited for the next chapter in the University of Colorado’s history,” and that this next chapter would be led by Kennedy. While they did make sure to say that they “look forward to […] feedback from the campus and system administration open forums,” nowhere did they even give lip service to the idea that their decision could be changed by community input. It’s doubtful they ever wanted that.

Look at the composition of the Presidential Search Committee:

The co-chairs of the committee are Regents Ganahl and Griego, and they are joined by 15 others. Of those 15, exactly two are students. This should tell you all you need to know about how much the Regents value student voices. But wait, it gets worse!

As covered by Lucy Haggard for the CUI in November, the sole student originally picked for the presidential search committee, while technically being a student, was “the associate director for the Center for Western Civilization Thought and Policy, which gives her more of an employee perspective.”

Olivia Wittenberg and David Kidd, two of CUSG’s three Tri-Executives, saw this decision for exactly what it was: “As there is only one dedicated seat for student input on the committee, this undermines the legitimacy of the Presidential Search Committee and demonstrates a disturbing disregard for student voice.” While the Regents eventually relented by adding a single undergraduate representative — out of more than 50,000 throughout the CU system — their initial decision made it clear that they never valued student voices.

If they don’t value student voices, they must value faculty voices, right? Ha! If only that were so.

To be fair, there were four faculty members on the search committee, one for each campus. That pairs nicely with the four “Community representatives,” who all happened to represent various corporate interests, as opposed to say, local regular-folk community members as the role title suggests. There were also two “Alumni representatives” who are heads of their own businesses. Why the Regents might think that CO business voices were as important as CU faculty voices — and two-to-four times as important as CU student voices — I leave as an exercise for the reader.

Beyond the gross distribution of voices by position, the CU faculty cited the issue of lack of diversity. As reported in the Denver Post, the CU Faculty Council petitioned the Regents to include a diversity officer — and yes, there was a willing candidate — as the faculty recognized the importance of diversity and inclusion. Clearly, the Regents do not. The CU spokesperson said that the committee was diverse, but excuse me if I trust a statement by the Faculty Council — which represents faculty across all four campuses — over the words of someone whose job is literally to make the University look good.

Before the committee was even set, the Daily Camera reported on advice given to the Regents by scholars who “have conducted what they believe is the only research on the use of executive search firms in the hiring of university presidents.” As quoted in the Camera: “When you have highly secret searches where one candidate is trumpeted at the end — ‘Here’s your new president!’ — and nobody knows anything, that’s not transparent and it’s not shared governance.”

You’d think that something so obvious wouldn’t need to be said, but apparently, it must be repeated, again and again. Per the Camera, this is the fourth presidential search where the Regents named just one finalist.

It’s worth noting that CU spokesperson McConnellogue was quoted in that very article saying that “[t]he university community is going to have broad input no matter what.” Given his more recent claim about not even considering what would happen if Kennedy weren’t selected, I must admit I find this statement less than genuine.

If it’s not already clear that the Board of Regents doesn’t actually care to legitimately have community input, then I don’t know how to make it more clear. Maybe the Regents saying they should have even more say on the committee, that it should be their decision, would do the trick. Oh wait, they did say that back in 2017 when preparing for current CU President Bruce Benson’s retirement, didn’t they? Yes, they did.

I’ve been working on this for several hours now, and apparently two hours was enough time for the Regents to spend interviewing each candidate, so forgive me if I try to wrap this up. Before I do, I have to call out the bogus claim that it was, as Sharkey and Kroll say at the end of their recent guest commentary, a “thorough and thoughtful process that got us to this point.” Who better to do so than some Regents themselves?

“It’s unfortunate we prematurely had to release his name because we didn’t even have the opportunity for our own staff to do the vetting that we would have expected to be done prior to announcing this finalist,” said Regent Shoemaker in the Denver Post. “We need the press and the public to do the job in vetting him.”

Regent Smith originally joined the celebration of the selection of Kennedy, only to walk things back mere hours after the official announcement. “Some information about Mark has come to light that is concerning,” she tweeted, “my colleagues and I will be exploring this further.”

Given what was brought to light above, it should be unsurprising that last year’s Regents’ winter retreat served as a “therapy session” where, to quote the Daily Camera’s article headline, the “CU regents discuss[ed] how to get along.” Less comically, it’s also worth stressing that an important source of difficulty for the Regents was reportedly “fogginess over who the regents are supposed to be serving.”

Do you ever get stressed out from classes? Just try having to cover the flustercluck that is our Board of Regents. Anyways, let’s finish this thing.

As has been covered extensively elsewhere — from the CU Independent to the Daily Camera to Westword to Inforum in North Dakota —  there are many reasons to reject Kennedy as CU’s new president. Heck, I personally already wrote about it a week ago! But we must also reject the Board of Regent’s ridiculous process that led to this decision, and force them to do better as they continue the search for our next University president. More generally, we should be aware of how little they value the voices of the real stakeholders of the University — the students, faculty, and staff — and so we must be willing to continue to fight for our voices to matter.

This whole situation would be laughable if the issue weren’t so incredibly serious.