Tarana Burke addresses the importance of activism during CU visit 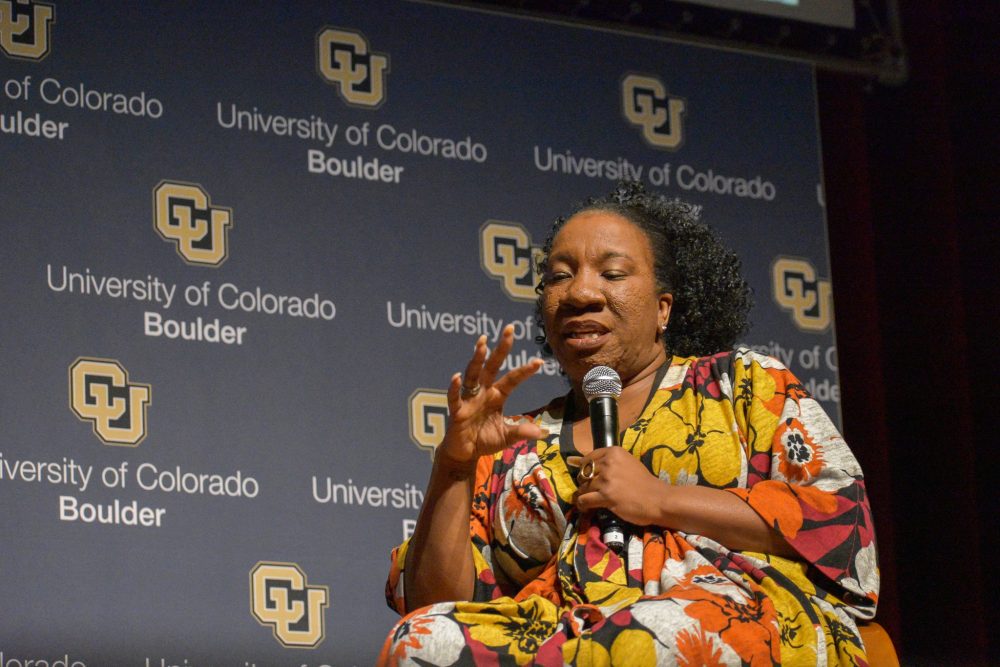 Tarana Burke speaks about the “Me Too” movement to an attentive audience. April 15, 2019 (Anna Haynes/CU Independent)

Since the #MeToo movement started in November of 2017, Tarana Burke has become a world-famous figure. But her goal has stayed the same: centering and supporting victims of sexual violence.

Hosted by the Cultural Events Board, Burke spoke to a semi-full house at Macky Auditorium Monday night.

Burke is the founder of the “Me Too” movement, which exploded into popularity after the Pulitzer-winning New York Times report that Hollywood producer Harvey Weinstein had been sexually assaulting women for decades and using his power and celebrity to cover it up.

An activist from the Bronx, Burke began using the phrase in 2006 to raise awareness about the pervasiveness of sexual assault and harassment. The phrase became a movement in 2017, when women and some men began sharing “me too” as a hashtag on social media to indicate that they, too, had been victims of sexual misconduct. Burke now runs the “Me Too” movement organization, which trains people on how to address sexual violence in their own communities.

Burke spoke to the audience about what watching “Me Too” become an international movement was like, and how it has affected her work. She said that the movement has given her a much larger platform, and has allowed her to come and speak about her work at places like CU.

While she supports #MeToo, which she views as separate from her own original “me too” work, she said that the discussion around sexual violence has to move beyond just a hashtag.

“Hashtags are not movements,” Burke said. She said that #MeToo was incredibly effective at creating space for a conversation about sexual assault and getting people’s attention, but that it needs to be used to galvanize people into taking action, otherwise it won’t be sustainable. 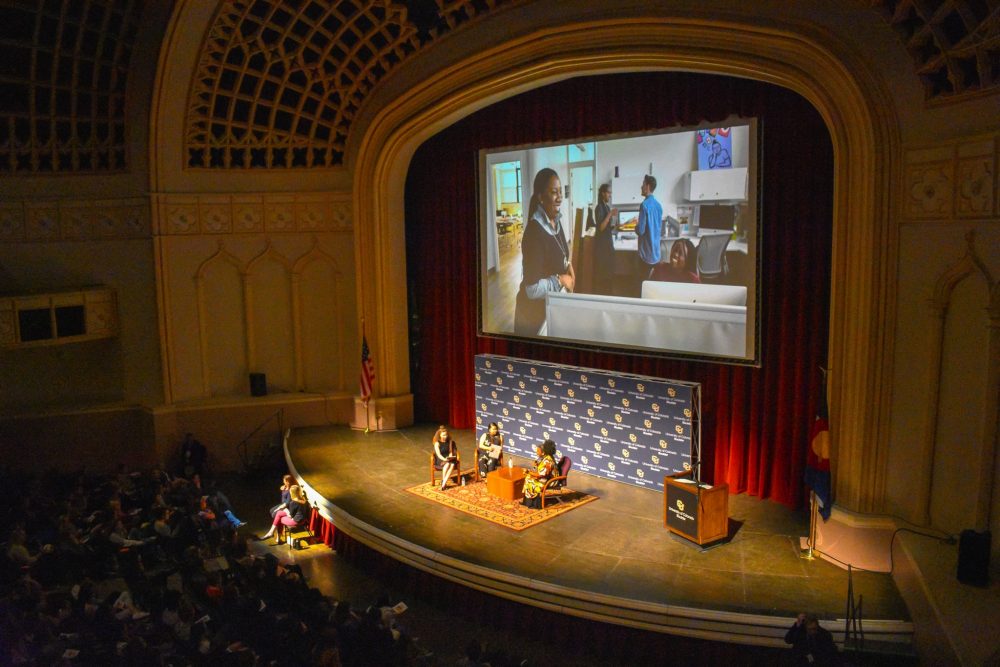 Tarana Burke speaks about the Me Too movement to an attentive audience. April 15, 2019 (Anna Haynes/CU Independent)

Burke started her work around sexual violence when she was working with low-income black women and girls in the South. She said she realized that along with dealing with the external threats of racial and economic injustice, they were also dealing with sexual abuse from within their own communities, and it wasn’t being addressed.

“At no point in my training to be an organizer did we ever talk about sexual violence,” Burke said. She said that most people in the world of social justice activism didn’t view sexual violence as a problem that was relevant to them, and she had to fight to make people aware of it.

“Prior to ‘Me Too’ becoming this international sensation, it was already challenging getting people to just talk about sexual violence,” Burke said.

Burke said that her activist training taught her to center the people that were pushed to the margins, and accordingly, she always centers black and brown women and girls in work around sexual violence. She said that this approach allows everyone to be included.

“The work I have to do doesn’t have to change, it just expands,” she said.

Burke was asked to comment on the Department of Education’s proposed changes to Title IX and how students can fight back against campus sexual assault. Burke said that while what is happening at the federal level level is frightening for victims of assault, it also means that this is “a moment for activism” on college campuses. She encouraged students to push to hold their universities accountable

CU has had its own issues with sexual assault this year. In October, multiple female students alleged that they had been drugged at fraternity parties on the Hill. In March, a student was arrested for allegedly raping a female student after a sorority event. He was released on bond and has a hearing scheduled for May.

In response to these incidents and the proposed Title IX changes, a student group called the Expel Abusers campaign formed this spring.

The campaign is seeking to change how CU responds to campus sexual assault, and wants students accused of committing sexual assault to be suspended from campus and expelled if they are found guilty. They released a petition outlining their goals in early April.

Burke visits many colleges for her work, and said that the universities where she sees the best work being done to counter sexual assault are the ones that have engaged administrators who talk about the issue regularly and invest money into solving it. She also said that peer-to-peer and student-run groups are doing great work to address the issue.

Burke encouraged young people who want to make a difference in the world to learn their history and to “imagine the future.” She said that in five years, she doesn’t plan on being the face of the “Me Too” movement, she wants it to be a young person with new ideas about how to change society.