Colorado falls to No. 18 Stanford in overtime heartbreaker, 13-12 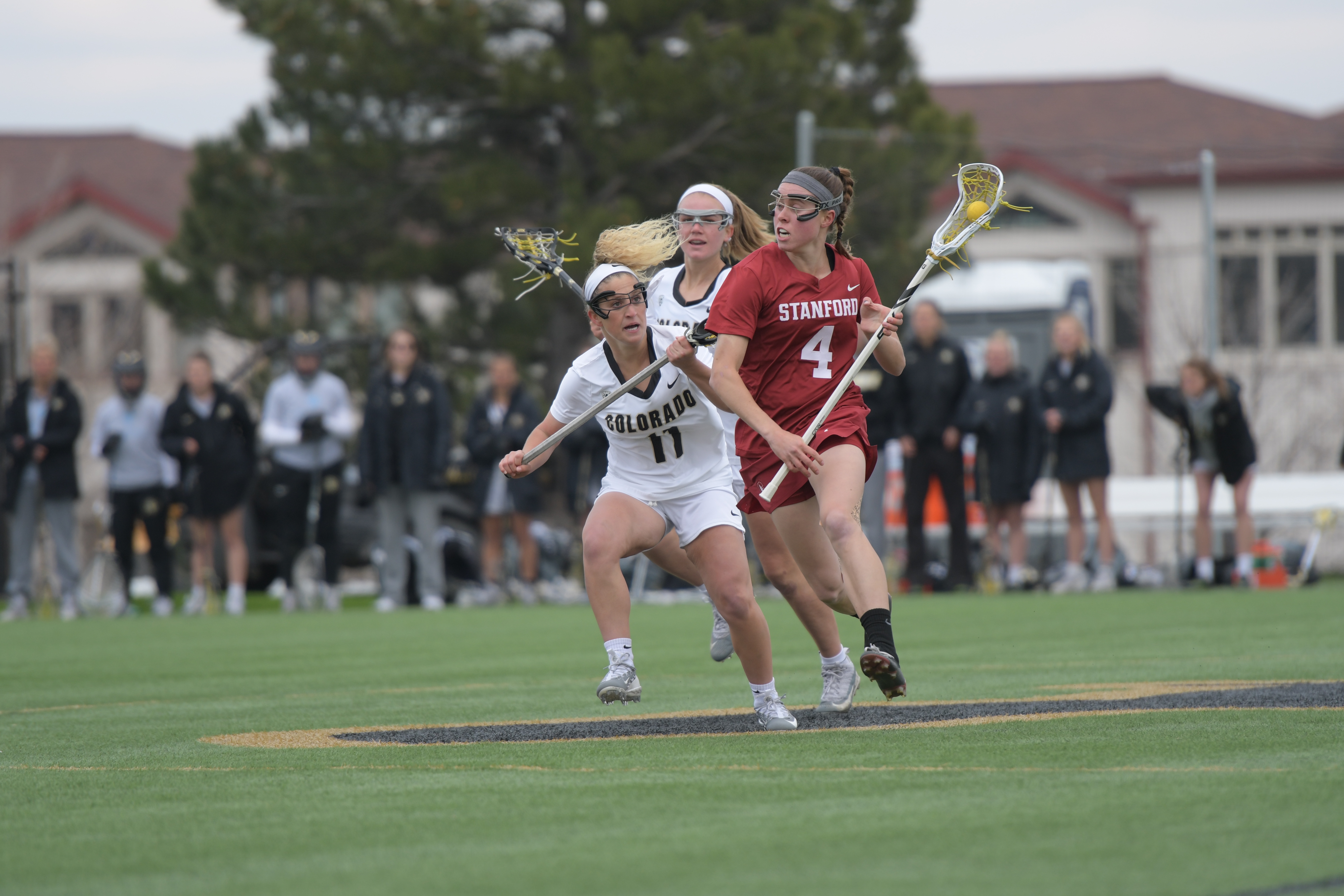 The University of Colorado women’s lacrosse team welcomed the Stanford Cardinal to Kittredge Field on Friday and in an absolute overtime thriller, the No. 18 Cardinal edged the No. 22 Buffaloes (7-6, 6-2 Pac-12), 13-12.

The two teams traded punches all game long. Each led late, but it was Stanford that came away with the important late season conference victory.

Colorado head coach Ann Elliott Whidden stressed a sense of urgency down the line as the Buffs continue to fight for the top spot in the competitive Pac-12 Conference.

CU did not hold a lead during the first half, but the Buffs’ presence was certainly felt. Stanford jumped out to an early 2-0 advantage, and the Buffs answered back with two goals of their own. This trend continued with goals coming in pairs for both teams. The score was tied at two, four and six entering halftime, with each Cardinal two-goal advantage being erased by CU.

To be more exact, it was senior attacker Samantha Nemirov who answered back. Nemirov found the back of the net three times in the first half, as well as tallying two assists.

The senior from Setauket, New York, finished with three goals and four assists.

Not to be outdone, senior attacker Miranda Stinson, who scored three goals in the loss, also scored a pair of clutch goals in the first half to keep Colorado in the game.

“I think Samantha has been playing well,” said Whidden. “I think she’s competitive, she’s focused, I think she understands the opportunities in our offense, and I think you know as a team, we did a good job of understanding those opportunities especially early on. We capitalized on some early, and she played well.”

The final score may not speak to this, but the Buffs defense was constantly forcing turnovers and putting pressure on the Cardinal. CU forced 11 turnovers during the first half, and led Stanford 10-5 in caused turnovers at the end of regulation.

Similarly, the second half also ended in a tie, but how the two teams got there was much different. The Buffaloes stormed out of the gate, enjoying a 5-1 run and a healthy 11-7 lead with 10 minutes remaining in the half.

“It’s great for us,” said Whidden. “…I think, in general, the more people we have stepping up, the more dynamic we are, and the harder we are to stop. So to see some players step up and make plays is, you know, a big positive for us.”

Unfortunately for the Buffs, the youth movement came to a halt all too soon. Stanford scored a staggering five goals in five minutes to take a 12-11 lead late in the game.

“We had a four-goal lead and we know Stanford fights back,” said Whidden. “I’ve watched them enough to know they don’t give up and they come back, so that’s not a surprise.”

Colorado fought hard to regain possession, and as the clock ticked under a minute, Stinson was rewarded a free-position shot following a Stanford foul.

The Buffaloes were just 2-of-7 in free-position shots, but that was soon forgotten when Stinson found the back of the net, sending the game into overtime.

Colorado had the momentum, but it wasn’t enough to stop Stanford sophomore attacker Ali Baiocco. With just five seconds remaining in overtime, Baiocco scored to seal the Cardinal victory.

With this tough loss in mind, Whidden and the Buffaloes look to end the season on a positive note.

“This game was huge for us,” said Whidden. “So, you know, losing is unfortunate, and now the only thing we’re worried about is Sunday. We know how important that game is, and there can be no distractions. We have to focus on taking care of business and coming out harder than we came out today.”

Up next for Colorado will be its final home game of the regular season as the Buffaloes welcome Cal to town for Senior Day. The game is set to begin at 3 p.m. MST on Sunday at Kittredge Field. 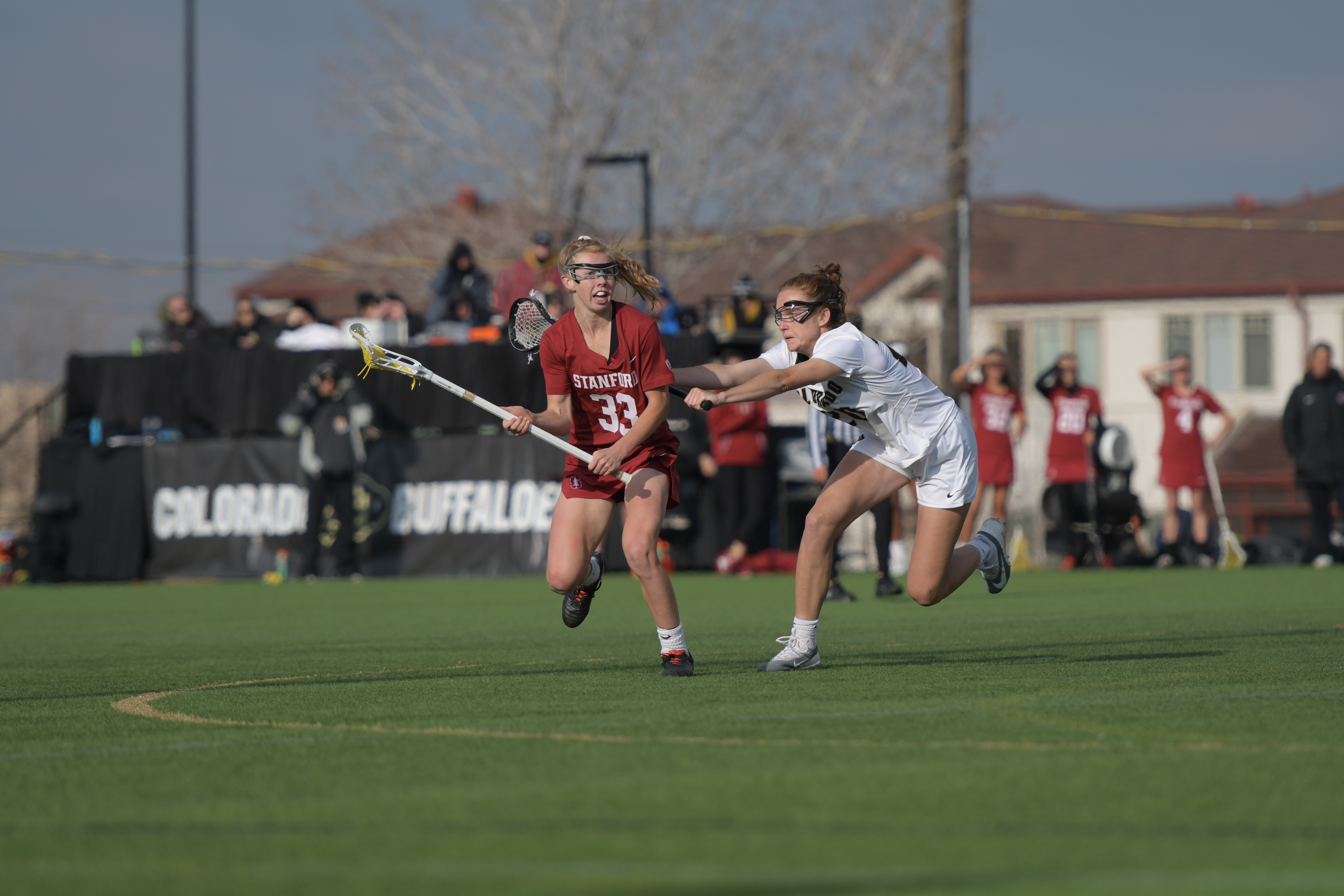 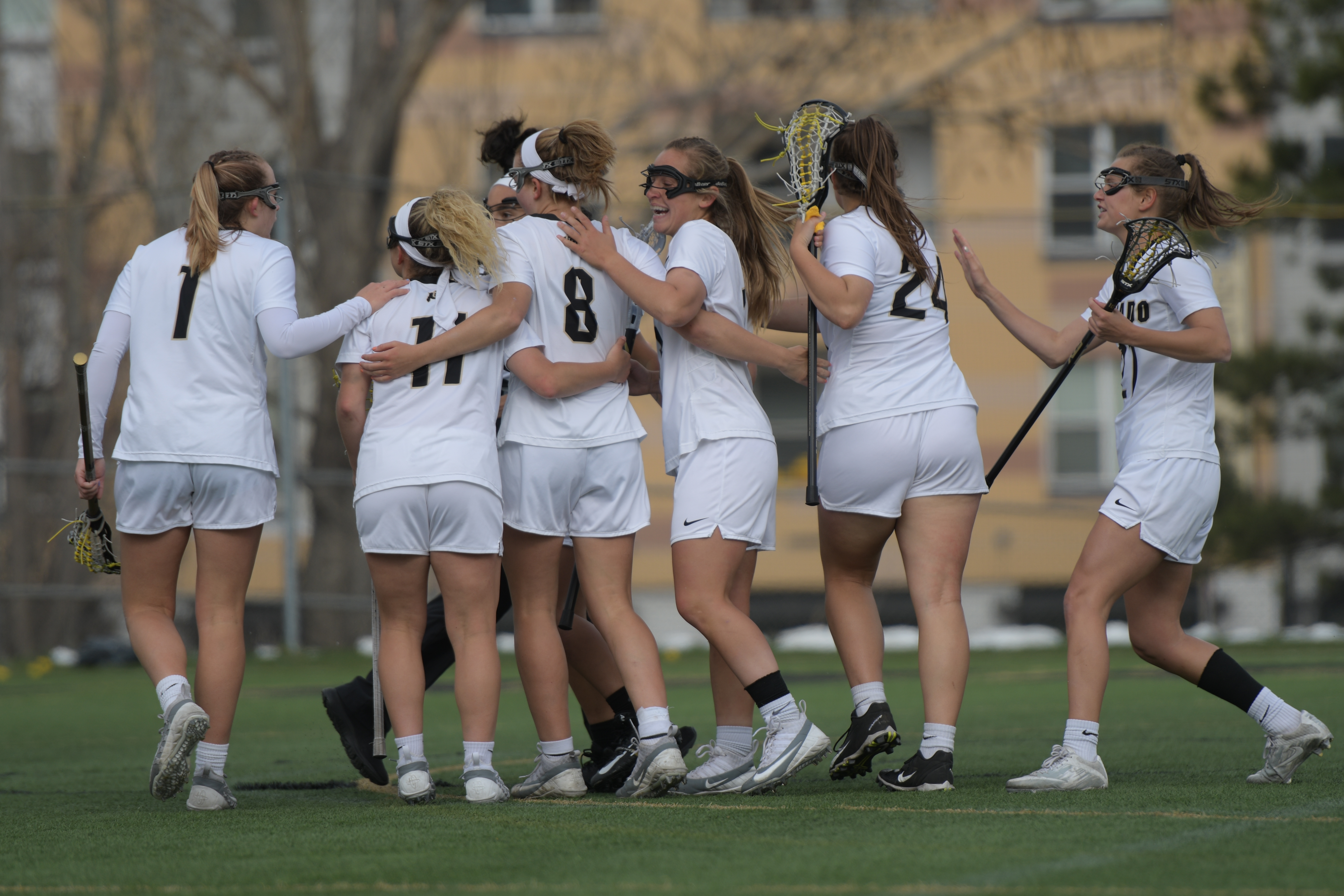 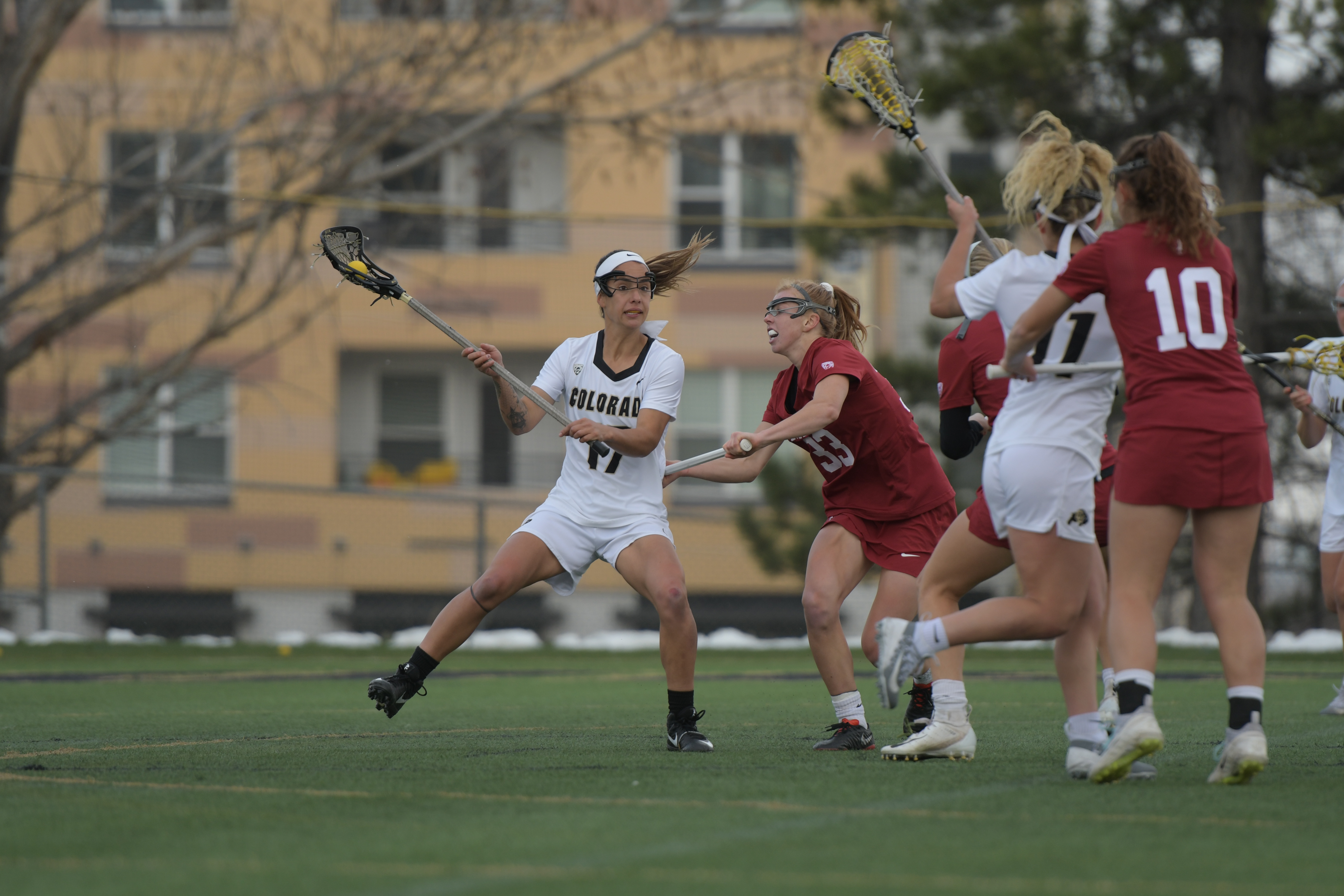 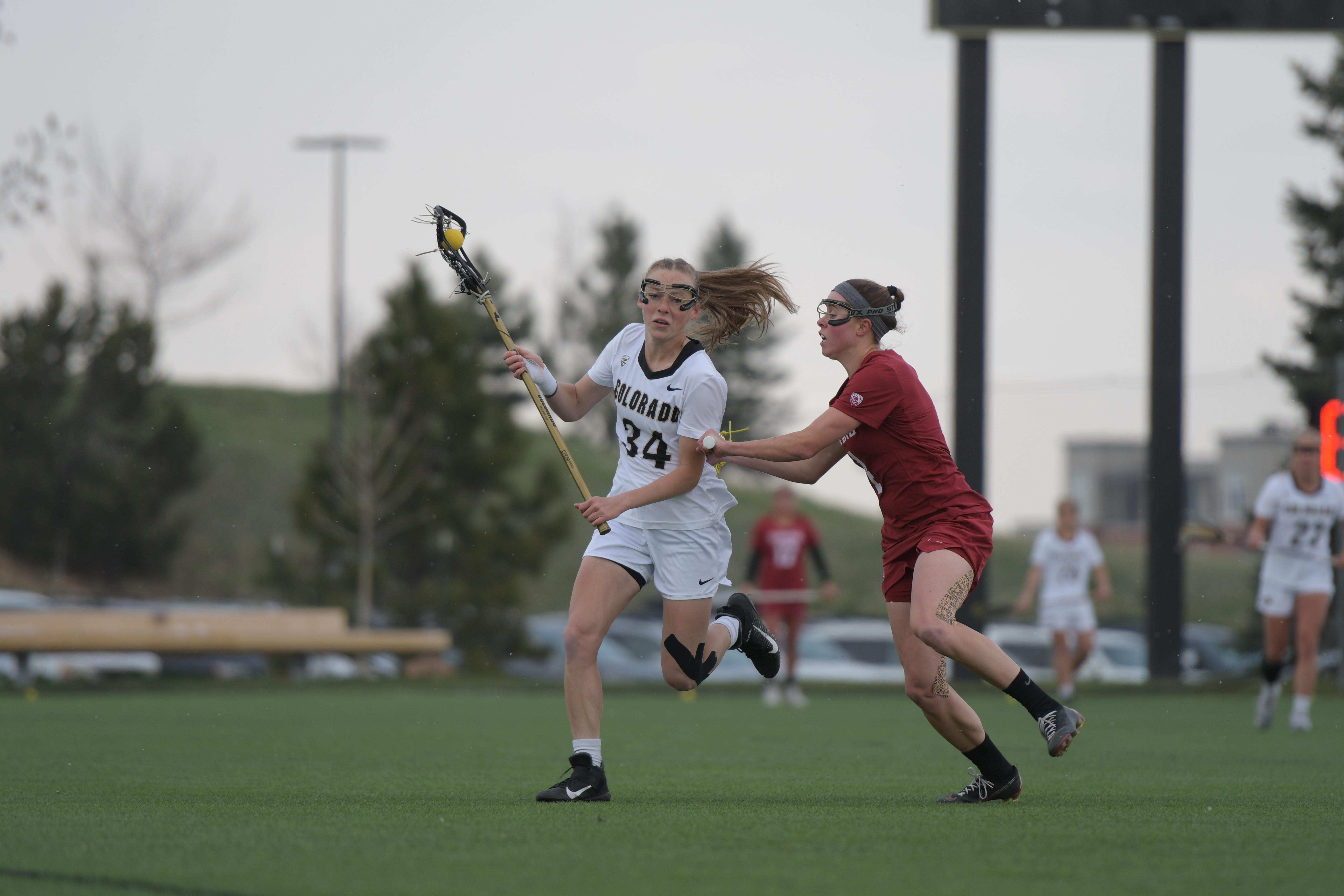 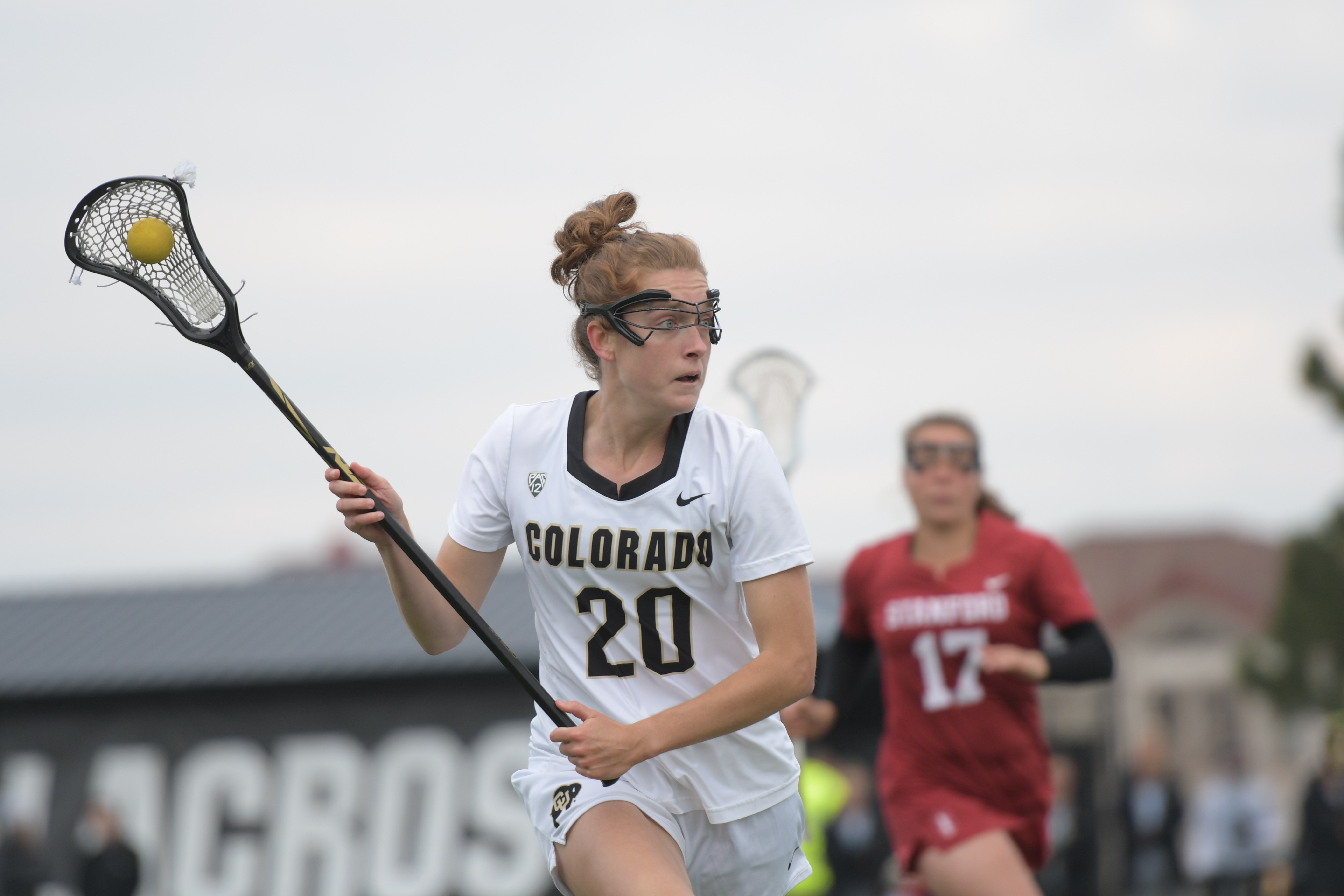 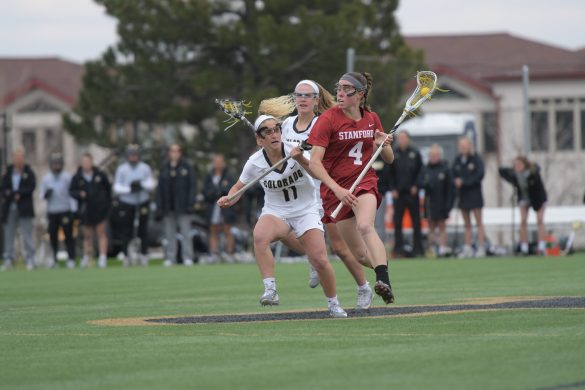