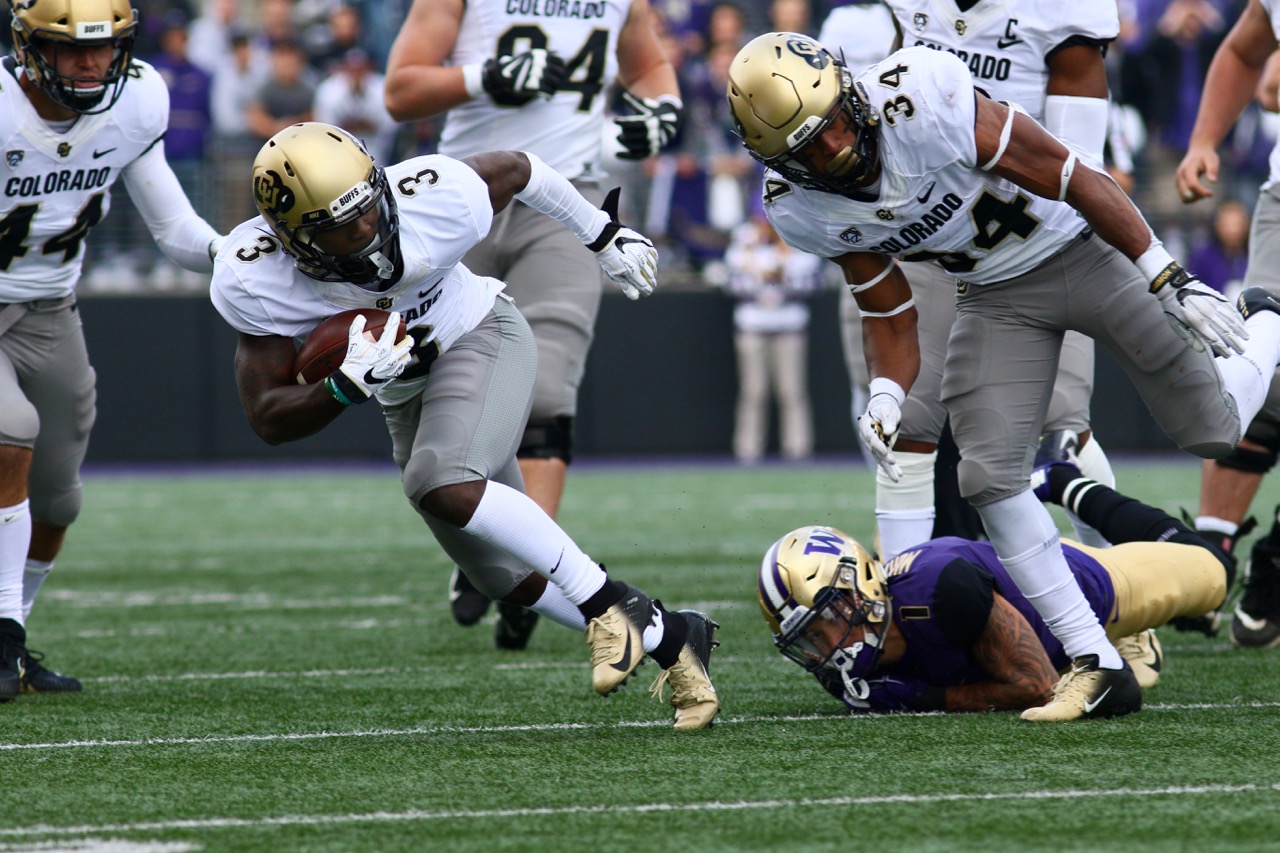 The first week of spring practice is in the books for new head coach Mel Tucker and the Colorado Buffaloes football team. The focus of the first week: improvement and taking it one day at a time.

The process is only just beginning for the Buffs, who are just three practices in of their 15-practice NCAA-mandated spring schedule. After so much time off from last season, and only a handful of allowed team practice days, it’s important the team maximizes every day of training to the fullest.

It’s especially different with a brand new coaching staff, which implements a totally different approach from the Mike MacIntyre-led regime. There’s a whole new playbook and approach that the Buffaloes must quickly adapt to. Tucker was impressed with his group’s first few practices.

“I thought we were able to establish our tempo, how we want to work, how we want to practice. I thought the guys did a fantastic job…Our coaches were outstanding,” Tucker said. “Our practice organization and efficiency had a lot more intensity…I was really proud of that. That’s got to be our brand, that’s got to be our standard. We set the foundation for that this week.”

For junior wide receiver K.D. Nixon, he’s taking the adjustments in stride. He understands the importance of being on top of it everyday and learning from his new coaches, especially when there are only a handful of practice days allowed during the spring slate.

“The little things, blocking and transitioning — these coaches are really strict on everything we do,” Nixon said. “So we want to get better every day, day by day. It’s the first week, but the week after spring break we have to step back up.”

Nixon stressed how Tucker’s staff is very detail-oriented and focused on the the fundamentals in order to be successful. The coaches are putting a lot of emphasis on how the players practice and transitions within drills during practice, in addition to preaching the fundamentals.

After a disappointing finish to last season, which included seven straight losses towards the end of the year, Tucker and his staff will do everything in their power to avoid a similar collapse. And in order to do that, he needs to make sure his team goes back to the basics and understands the fundamentals and the ‘little things,’ as he calls them, so history doesn’t repeat.

“Basically, like I said, focusing on the little things, that’s what got us beat, that’s what got us 5-7 [record],” Nixon added. “You have to speak about it before you repeat history, and that’s one thing we are not trying to repeat, [being] 5-7 again. We are trying to get to a bowl game this year.”

Nixon went on to talk about how it’s important to take each game as it comes, but he didn’t leave out the end goal.

“Take every game one by one…our goal is to win a Pac-12 Championship but we don’t want to look ahead. It’s phase two right now — spring ball — so that’s what we are focused on,” said Nixon. “We gotta take advantage of phase two, phase three in the summer, phase four [in the] fall [and] phase five: the games.”

Despite the fact that the regular season won’t start for over five months, Nixon hopes to build from a successful sophomore campaign in which he recorded 52 receptions for 636 yards and four touchdowns, second only to his fellow Desoto, Texas native, Laviska Shenault Jr., in all three stats.

Nixon proved to be a legitimate threat last season, averaging over 12 yards per reception, and stepped up big when the Buffs’ Heisman-candidate hopeful Shenault went down with an injury.

He expects more from himself this coming season.

“My expectations are high,” he added. “I’m a firm believer that we all are expected for greatness. So, my goals are high.”

As far as what he hopes to improve on during spring practice, Nixon said ‘everything.’ And again, it’s the little things that will lead to that improvement.

“I can always improve on everything. I dropped two balls today, something I never have done,” said Nixon. “So I gotta get back to work, catch 100 balls a day just like I do. I slacked off yesterday and it showed today.”

In the first few spring practice for coach Tucker and staff, the first-year coach is focused on establishing solid, meaningful relationships with his players. It’s something Nixon appreciates very much.

It’s a good sign for the young coach in the early parts of the 2019 season. Tucker and Nixon will have plenty more time to establish more rapport in the months leading up to opening kickoff.

Another good sign is that the majority of Colorado’s offensive unit remains intact from last season. Aside from losing its former starting running back in Travon McMillian, CU returns a hefty majority of its weapons, including Nixon, Shenault Jr. and senior quarterback Steven Montez.

To backpack off of Nixon’s terminology, the Buffs are only just beginning “phase two” of their process. In order to find success during “phase five” — the actual games during the season — the Buffs will need to continue the effective practices they’ve been having so far.

Coach Tucker, Nixon and the rest of the team will debut the new-look Buffaloes on August 30 against the Colorado State Rams at Mile High Stadium.