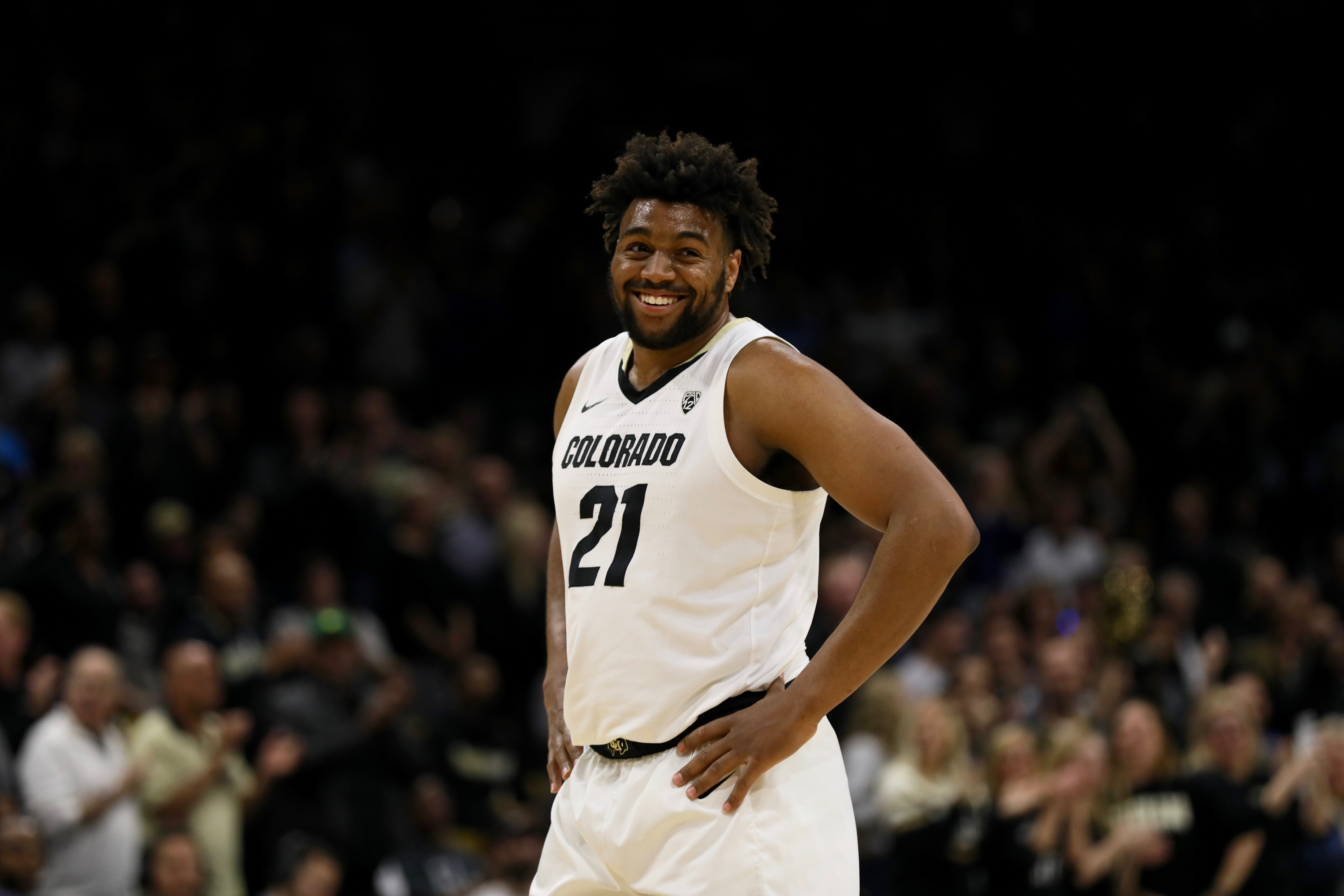 Freshman forward Evan Battey basks in applause after getting fouled on his way to the hoop to close out the first half of play. March 25, 2019 (Nigel Amstock/CU Independent)

Following a dominant 76-60 win over Norfolk State on Monday night, the Colorado Buffaloes basketball team finds itself in the third round of the NIT, just one win away from punching a ticket to Madison Square Garden in New York City for the tournament semifinals.

Colorado took an early 4-0 lead over the Norfolk State Spartans and never looked back. The Buffs did not trail once in the contest.

Despite a quiet night from sophomore point guard McKinley Wright IV, the Buffs still managed to have a solid outing against the Spartans. Wright IV played the second-most minutes of any Buffaloes player, but scored just six points, while turning the ball over a team-high four times.

“We have to play with emotion – starting with me. I wasn’t fully there tonight,” admitted Wright IV. “I think these guys [and] their actions follow a lot what I do. When I’m not there emotionally, a lot of them follow me. So I have to start out better Wednesday night in Austin with more emotion.”

Though lacking Wright’s emotional leadership, plenty of Buffs still performed well. Leading the charge for the Buffaloes was sophomore guard/forward Tyler Bey, who ended the game with a team-high 17 points. He was just one rebound shy of his 17th double-double of the season.

Freshman forward Evan Battey played a stellar game for Colorado, as well. He did in fact secure a double-double — the first one of his career — and led the team with 10 rebounds while finishing with 12 points.

There was a nice emotional moment that surrounded Battey at CU Events Center on Monday evening. The freshman drove the ball through the lane and hit a buzzer-beating lay-up as the first half expired. The crowd erupted with excitement, but the officials reviewed the play — as they always do for buzzer-beating plays — but it was for an unusually long time.

As the referees were reviewing the play, Battey stood alone in the middle of the court, awaiting the call from the officials. When the cameras panned to Battey and showed him on the Jumbotron, the crowd cheered loudly for what felt like five solid minutes.

“I was blown away by the fact that they were clapping so much,” Battey said of the emotional moment. “They were really clapping for a long time. It meant the world to me see them clapping throughout the whole stadium.”

Head coach Tad Boyle felt the energy of the moment, too.

“That was one of those goosebumps moments,” said Boyle. “I think it gives an indication of what our fans think of Evan, and I think they feel that about our whole team. These guys have earned that with the way they’ve played and how they’ve connected with our fans.”

After the game, while the team was celebrating its victory, Battey tried to grab a microphone to give a speech to the crowd but was denied.

“I was going to say to them, ‘thank you for coming,'” Battey said of his would-have-been speech. “You have to come on a Monday night during spring break. All of the students aren’t here. It meant the world to us knowing that the crowd came out.”

While Battey and Bey had solid performances, sophomore guard/forward D’Shawn Schwartz and freshman guard Daylen Kountz performed well, too. Each finished in double-digit scoring for Colorado. The former secured 11 points for CU while the latter had 10, all of which came in the second half.

Now, Colorado has to quickly look ahead, as the team travels to Texas to take on the Longhorns in the third round of the NIT on Wednesday night. By the time the game ended around 9 p.m. MST on Monday evening at CU Events Center, that gave the Buffs just under 46 hours before the opening tip-off in Austin, Texas.

“Some guys have to get in the cold tub and hot tub – get their legs back under them,” said Wright IV of the quick turnaround. “I am sure [Tuesday’s] practice will be very light. We will be ready to go. We have to get off our feet a little bit and get a little rest.”

While the Buffs only have less than two days of rest and preparation for a tough Texas team, the Longhorns should be plenty rested. Texas topped Xavier in the second round on the NIT on Sunday afternoon, giving them an extra day-and-a-half of rest over Colorado.

And granted, the Longhorns have been solid in postseason play, they’ve proven to have chinks in their armor. Texas barely squeaked by Xavier on Sunday, winning 78-76 in overtime, and only won by six points in its first-round matchup against South Dakota State.

Before the NIT had started, the Longhorns were among the lower-echelon of Big 12 teams. With an 18-16 overall record and an 8-10 mark in conference play, Texas has had its struggles this season. The Longhorns lost 5-of-6 entering the NIT, including a quarterfinal exit to Kansas in the Big 12 Conference Tournament.

While the Buffs appeared to dominate in their win over Norfolk State, Boyle wasn’t too impressed with their victory and knows the team must be better against Texas on Wednesday night.

“The one thing about our guys is they’ve responded to adversity usually every year,” said Boyle. “I don’t want to say we were terrible tonight because we weren’t. We just weren’t ourselves and weren’t as sharp as we needed to be. Wednesday night we know we’ll have to be better and sharper —more crisp. We’ve got to pass and catch the ball better. Texas is good, they’ve got good players, and it’ll be a heck of an opportunity.”

Where Texas does have the advantage is the fact that this game will be played in Austin, where the Longhorns have excelled with a 14-6 record on their home court. Colorado on the other hand, has struggled some on the road, with a below-average 5-8 mark away from CU Events Center.

“I’ve watched [Texas] on film a little. They’re a talented team, they’ve got some talented guys…It should be a heck of a matchup,” said Boyle. “We’ve got a team that’s playing well right now, these guys love each other, they’re connected. We’ve just got to go down and make it happen. It’s a great test on the road.”

If Colorado can hold off Texas in Austin, the Buffs can book their flight to New York City to play at the historic Madison Square Garden. If they do it, it will be the first time since 2010-11, Boyle’s first season at CU, that the Buffaloes have advanced to the NIT semis round and just the second time since the 1990-91 season.

Tip-off from Texas is set for Wednesday at 7 p.m. MST. 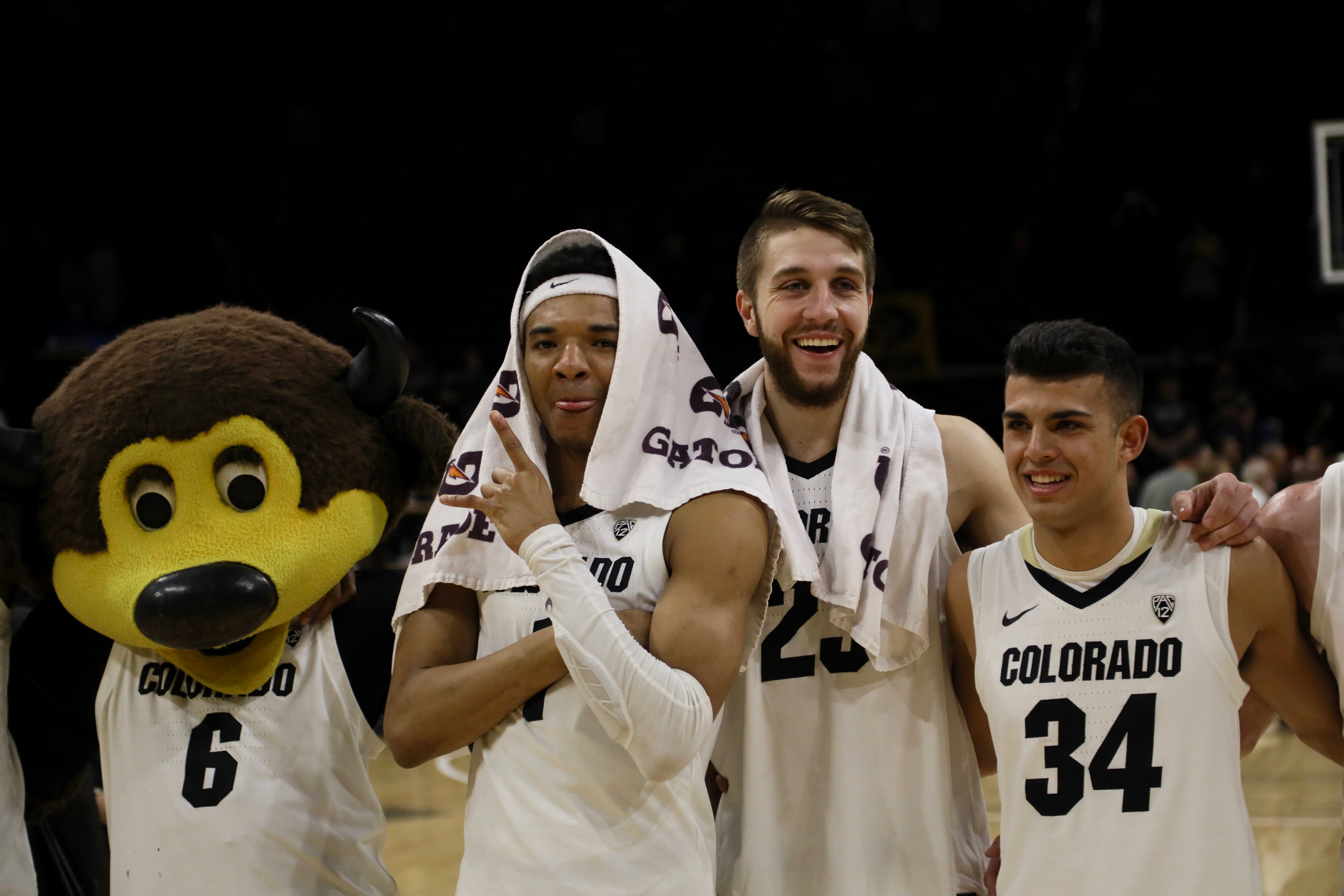