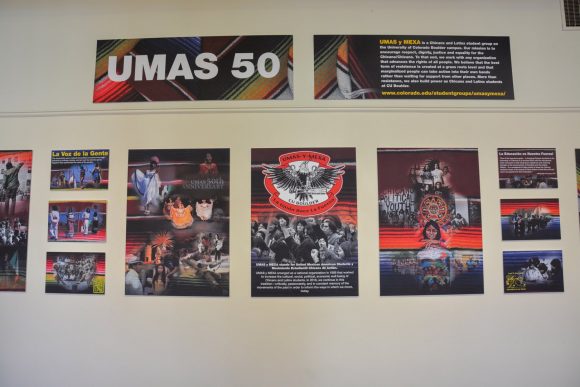 Founded in 1968, UMAS y MEXA “has been a voice for civil rights for Mexican-Americans, an advocate for inclusive educational change and a place where students can celebrate and share Mexican-American tradition and culture,” Associate Dean of Libraries Jennifer Knievel said. 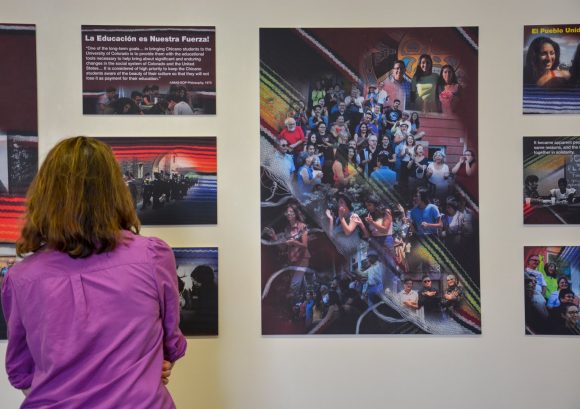 The exhibit can be viewed in the Ventana Gallery on the third floor of Norlin Library until August of this year and includes many images and artifacts from UMAS y MEXA’s 50 years as an organization.

When Head of Archives Megan Friedel took her position less than a year ago, she noticed the minimal material that the archives contained on UMAS y MEXA.

“For an organization that has a 50-year presence on campus and has been highly involved with civil rights, with advocating for educational change for minority students, providing a safe and supportive place for celebration of Mexican-American culture,” Friedel said. “For the quote-unquote ‘official archives’ on campus to not have that story well documented is not okay.”

Magnolia Landa-Posas, the featured speaker for the event and community engagement manager for the Just Transition Collaborative, remembers when she first learned about the group during her undergraduate years at CU from 2012 to 2017. 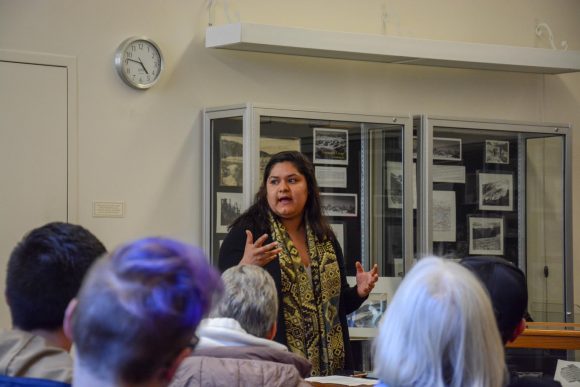 “I went to the first meeting and I knew immediately that that’s where I belonged,” she said.

Landa-Posas says she considered transferring to another school when she first arrived at CU due to the school’s racial homogeneity. It was UMAS y MEXA that convinced her to stay on the campus.

That same year, Landa-Posas became one of the co-founders for the Aquetza summer program. The program encourages high school students to engage with Latinx and Chicanx communities across Colorado “through rigorous academic work in ethnic studies, writing, reading and science,” as well as incorporating the history of UMAS y MEXA.

“Sometimes it would get very heavy and very sad to realize all the activism, all the sweat, the tears, that the mujeres and the hombres of the 1960s and 70s went through in order for us to have a space carved in for us here at this institution,” Landa-Posas said. “But to me, knowing that history grounded me.”

Head of Comité de Activismo Frankie Donez finds it essential to give a voice to all underrepresented groups.

“There’s a lot of other histories that are erased — not just history for the Chicanx movement but black and brown histories in general,” Donez said. “I think about anyone who … educational institutions and police institutions don’t consider human and decide just to kill them off because of it and forget about those histories.”

The staff of Norlin Library also realize the importance of the exhibit. 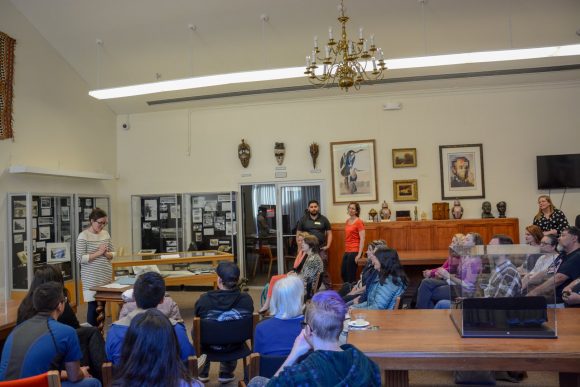 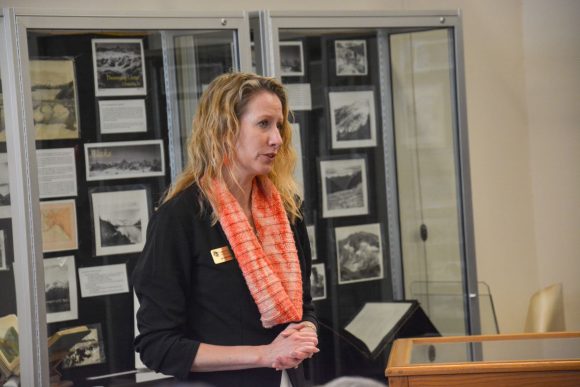 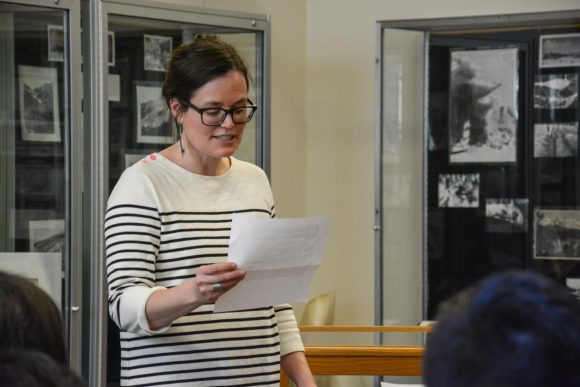