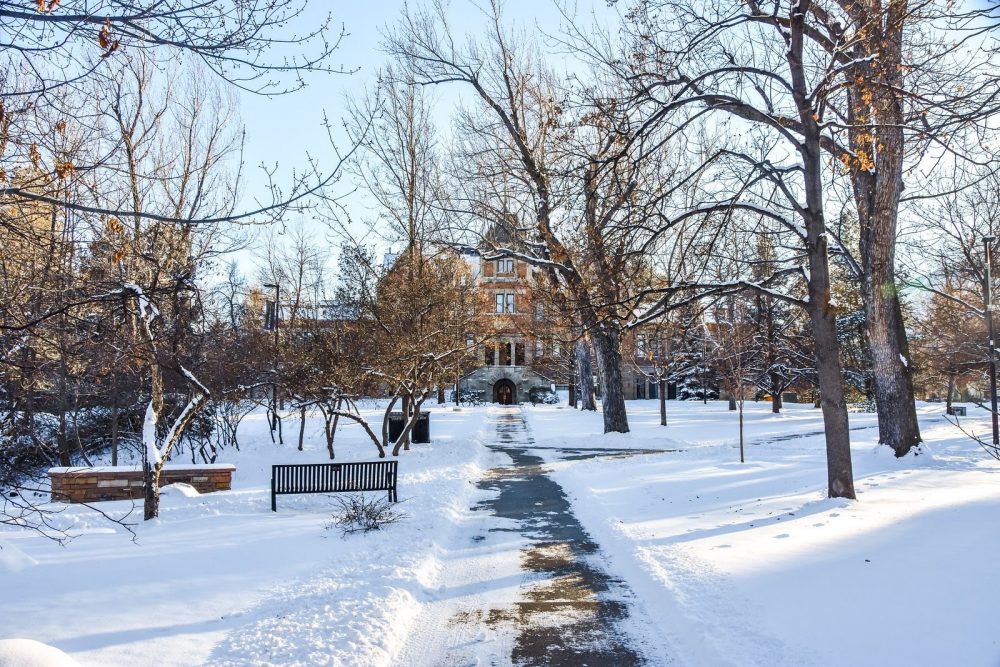 On March 11, CU Boulder student Zachary Roper was arrested and charged for sexual assault on a helpless victim, a class 4 felony charge, for allegedly raping his “date” after a sorority social event.

His victim, a sorority member who was set up as a date with Roper for the sorority’s “date dash,” was inebriated enough to warrant leaving the event early, and, per the Uber driver that picked her and Roper up, was asleep for most of the ride. According to the Boulder Daily Camera, Roper changed the destination of the trip from her sorority to his apartment during the ride.

When other sorority members got worried their friend had yet to come home, they went to Roper’s house, walking in while he was in the process of sexually assaulting her.

The only thing surprising about this story is that it is covered in the local paper and might actually lead to consequences. But that is far from the norm at CU Boulder.

CU Boulder is notorious for its insufficient handling of sexual assault on college campuses, and students like Anna Estes, sophomore astrophysics and sociology major, are trying to change things.

Estes is one of the organizers from the International Socialist Organization (ISO) — which is joining with the Young Democratic Socialists of America (YDSA) and UMAS y MEXA — who is coordinating the “Expel Abusers” campaign on campus.

“CU puts on a facade of supporting its students and standing against rape culture when it really lets down survivors time and time again,” Estes said.

To enact change, she said that by coming together as the CU community — not only students but also staff and faculty — the university is forced to take campus sexual assault seriously.

While the exact demands of the “Expel Abusers” campaign won’t be finalized until next Thursday’s 7 p.m. meeting in Economics 117, which is open to the public, Estes said that a bare minimum is for the university to expel those found guilty of sexual assault. While this is far from a sufficient end goal, it’s a required first step, one which is far divorced from current CU procedure.

While expulsion is mentioned in the official procedures as one of many possible outcomes, this is far from the norm.

According to an email exchange with CU’s administration, the university expelled 22 students out of 107 official investigations of sexual misconduct. Despite multiple emails from organizers, the University has failed to respond to questions about what they plan to do regarding the highly visible case of sexual assault allegedly committed by Roper.

Given the huge problem of sexual assault at CU Boulder, such responses are far from sufficient. Similarly insufficient are the resources that CU commits to survivors.

“I know a lot of students don’t feel fulfilled by some of the resources, or feel that they aren’t adequate enough,” said Estes. “A lot of this is because not enough money is devoted to these resources.”

Estes not only wants to work with the administration to increase resources for survivors — from rape kits to abortions, to STI testing, to psychological resources — but to also spread awareness of how widespread the problem of sexual assault is on campus. And it is very widespread.

A simple search for “sexual assault” makes it far too clear how often this student paper has had to cover the issue of sexual assault on campus. Recent pieces have shed light on how CU, and the recently proposed changes to Title IX enforcement, are more likely to protect assailants than to protect victims.

As one CU victim of sexual assault said, “OIEC had damning information and evidence and they chose not to keep me safe.”

Proposed changes to Title IX enforcement might make it even easier for assailants to escape all repercussions. One reason for this is that the new regulations would only force campuses to address assaults that happen on campus proper. Given how much of student life happens just across the street on the Hill, this would obviously let CU get away with not dealing with most issues of sexual assault.

Another problem with the new regulations is that they could raise the bar for any disciplinary action to “clear and convincing” from “preponderance of the evidence.” This is more similar to the criminal barrier, and while there are reasons to have a high bar for a criminal conviction, using such a standard for dealing with campus sexual assault is likely to lead to less discipline and fewer victims coming forward.

It’s already notoriously difficult to prove that a sexual assault happened, which is part of the reason that so few — only 8 percent according to CU’s 2015 sexual misconduct survey — are reported to police.

By allowing these sexual assailants to remain on campus, it is likely that they will continue to commit these crimes. An oft-cited study concludes that over 60 percent of college rapists rape more than once. The study further showed that repeated rapists in the study raped an average of 5.8 times, with a median of three rapes. It’s worth stressing that these were self-reported numbers from these rapists, so it’s not unreasonable to think these conclusions are on the low end.

Beyond the likelihood of sexual assailants becoming repeat offenders, allowing them to remain on campus even if they never assault again can be traumatizing for victims. Seeing one’s attacker on campus can be a trigger to cause the victim to relive their trauma. If that weren’t enough, the victims’ grades can suffer after a sexual assault, which can negatively impact their academic and professional future.

Some beyond CU believe this to suggest that, not only should rapists be expelled from their current school, but they shouldn’t be allowed to transfer to a new one. Due to privacy laws, college students accused of rape don’t have to disclose that information to their new school.

Finding the right balance is difficult, however, as it seems bad to completely remove a student from all academic settings due to only an accusation. This makes it all the more important for meaningful disciplinary procedures to be in place at all colleges so that there is more to go off of than just an accusation when it comes to impacting students’ future academics.

We can’t expect the powers that be to change things for the better on their own. We must be the ones to change the culture of acceptance of sexual assault on college campuses.

At noon on Monday, March 18, there will be a protest to “End the Silence, Stop Sexual Violence” at the University Memorial Center (UMC).

One aspect of this protest, according to Estes, “will be having open mic, because providing a space for people to talk about their experiences without feeling condemned or judged or nervous is super important. It’s a starting place. Spaces like these, where there is no judgment, where it’s a safe environment, need to be more plentiful.”

Next month, the Phi Chapter of Sigma Psi Zeta Sorority is leading the first Take Back the Night event that CU Boulder has seen in over a decade.

“The premise of the event, which started in the ’70s is to take back the night,” said Estes. “The night is seen as this unsafe space where women can’t walk at night or be outside for fear of being raped, attacked etc.”

She said the goal is “taking back that space.”

These events are critically important, but they can only be the beginning. Sexual assault is far too prevalent and far too accepted on campus, and that must change. And that change can begin with you.

Other groups interested in helping organize the Expel Abusers campaign can contact iso@colorado.edu, and all are welcome at their Thursday meeting.