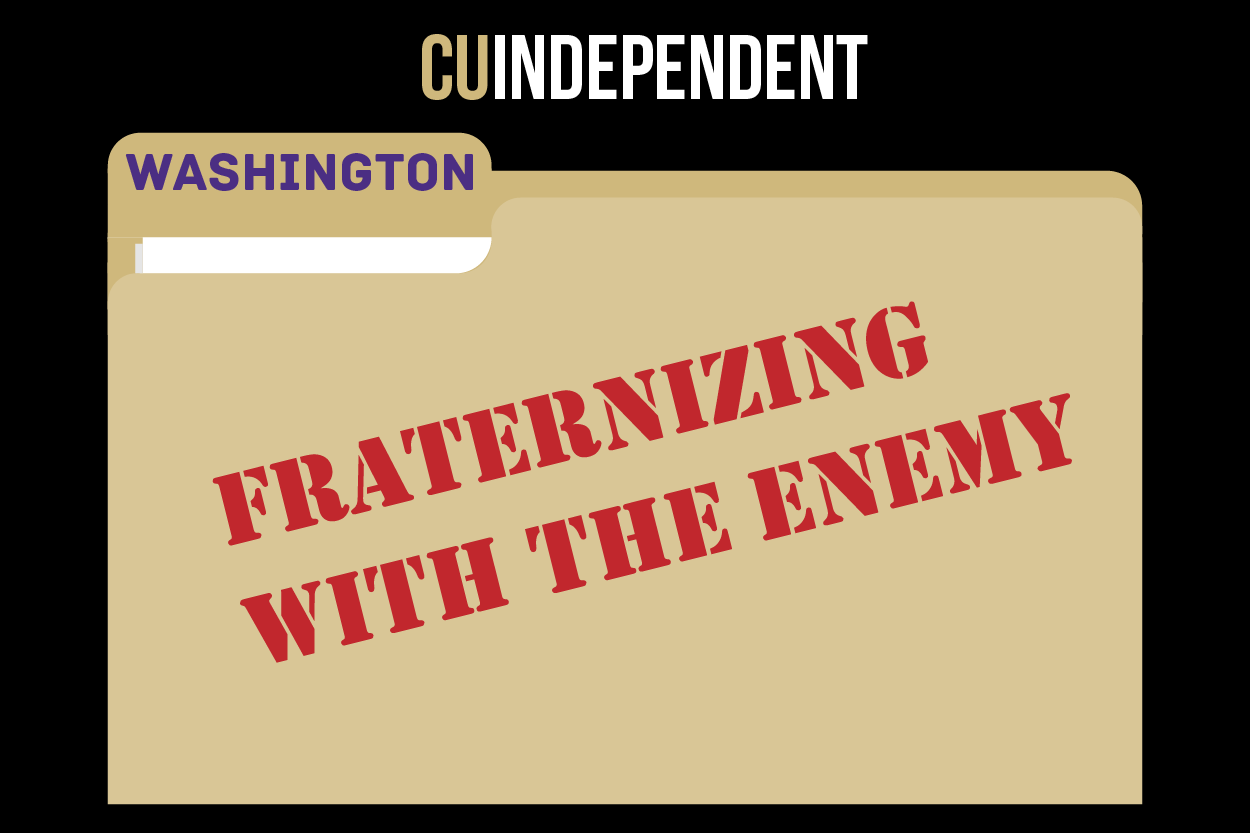 In light of Friday’s Pac-12 Conference Tournament semifinal game between the No. 5 Colorado Buffaloes top-seeded Washington Huskies, the CU Independent’s Justin Guerriero spoke with Alec Dietz and Josh Kirshenbaum of the Daily of the University of Washington to get some insider information on UW.

Justin Guerriero: What’s your overall assessment of Washington’s 78-75 win over USC in the Pac-12 Conference Tourney quarterfinals on Thursday? UW got solid games from David Crisp and Jaylen Nowell in a close one that came down to the final seconds. Throw me a letter grade for overall offensive and defensive performances, if you would.

The Daily: Offense, A. Defense, B+. That first half was probably the best the Huskies have played offensively this season. And even in the second half, they did what they needed to do to win. The players all said they were moving the ball better than they had been in previous weeks, and 19 total assists prove that. On defense, UW played pretty darn well too, but USC’s shooters really showed up in the second half. But once again, down the stretch, it showed up when it mattered at the end.

Justin Guerriero: Last time these two teams met, in Seattle on February 23, Colorado committed a then-season-high 19 turnovers. The Buffs surpassed that mark by committing 23 vs. Cal in the opening round of the Tourney but were a lot better with the ball against OSU on Thursday. Of course, we all know what Matisse Thybulle is capable of on defense, but will you take the over or under on 10 turnovers that the Buffs give up Friday v. UW?

The Daily: Over. UW has played 32 games this year. It’s forced at least 10 turnovers in 31 of those. Some team called Gonzaga got away with only nine. For reference, since conference play began, the Huskies have only forced fewer than 15 turnovers three times. It’s just how the defense works. If Colorado can keep it in single digits, it has a great shot, but that’s a big if.

Justin Guerriero: Looking in from the outside, I personally would say that Washington has appeared vulnerable in the games leading up to the Pac-12 Tournament. In a nutshell, at least to me, the Huskies are undoubtedly talented, but not invincible. How do the Buffaloes take them down on Friday evening?

Justin Guerriero: Other then Crisp and Nowell, who else on the Huskies’ roster is capable of making a noticeable difference in a game?

The Daily: Well, they’ve got Matisse Thybulle at the top of the zone, and he’s three steals away from really stamping his claim as the best defender in Pac-12 history. He also occasionally does this to rims. Last time UW played CU, he lead the way with 17 points, six steals, and five blocks. Off of the bench, the Huskies bring Naz Carter as an explosive offensive player, and Dom Green as a pure sniper from deep.

Justin Guerriero: I’ve told you briefly my impression of Washington “looking in from the outside.” Do the same for me now. How do you view this Colorado Buffaloes team in terms of strengths and weaknesses?

The Daily: From the outside perspective, even if it’s not a team that’s solely McKinley Wright IV, it’s one that’s going to go as he does. From here, it looks like when he’s on, Colorado’s on. When Colorado came to Seattle in February, he was held to just 2-of-5 from the field, and the Buffs were held to a season-low in points. Especially if Tyler Bey’s struggles in the Pac-12 Tournament continue, Wright needs to take a huge lead.

Justin Guerriero: In your opinion, are there any chinks in the armor to Washington’s renowned zone defense? How have teams experienced success against the Huskies’ D?

The Daily: There’s two main ways. First, you can get the ball to the middle of the zone, either with an entry pass or on the drive, and either keep going or kick out to a three. The zone makes it a little harder to find box-out assignment on rebounds, so it is possible to crash the glass offensively and get second chances. Limiting turnovers is easier said than done, but the Gonzaga game proved it would help. At the same time, it’s easier to beat the zone when UW’s on offense; if Washington’s shots don’t fall, opponents can push the pace and get down the court before the Huskies have time to set up.

Alec Dietz: The key for UW is to keep the pressure McKinley Wright IV and the CU guards. That’s the way to force bad shots, limit offensive rebounds, and get more turnovers at the top of the key. It’ll be a close one again, something along the lines of 67-63.

Josh Kirshenbaum: I think it goes on the back of the UW offense, particularly the game inside. As great as UW’s three-point shooting was yesterday, my gut says the Huskies can’t stay that hot the whole tournament long. That being said, when the shots stop falling from deep, UW has a good post presence in Noah Dickerson and guards like Jaylen Nowell and David Crisp who can attack the basket for floaters and layups. As long as Washington can consistently score in some way or another and doesn’t go completely cold, I think it’s at least good enough to win a close, probably low-scoring one. Call it 63-54 from me.