Fraternizing with the Enemy: Notes on the Oregon State Beavers 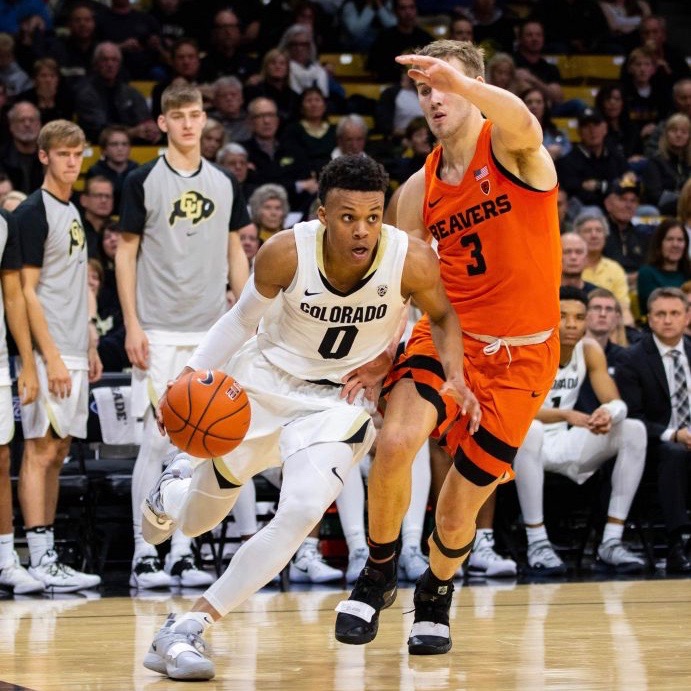 In this edition of Fraternizing with the Enemy, Justin Guerriero of the CU Independent spoke with Jarred Bierbrauer, sports chief of the Orange Media Network at Oregon State University, to get some insider information on the Beavers before Colorado and OSU tip-off in round two of the 2019 Pac-12 Conference Tournament.

Justin Guerriero: The Beavs lost three of their four final games, albeit by small margins, before ultimately clinching a first-round bye in the Pac-12 Tourney. What’s your sense of where this team is at as the Beavers prepare to take on Colorado in the quarterfinals?
Jarred Bierbrauer: Although they have lost a couple of games towards the end of the season, the team still looks as strong as I’ve ever seen. Colorado is a good basketball team, so OSU can’t get ahead of themselves too much. A first-round bye in any tournament can be great, but it can also can be dangerous in a mental game like basketball.
JG: The Beavers edged CU, 76-74, in Boulder on Jan. 31. with Stephen Thompson, Jr. and Tres Tinkle leading the way for OSU. Think they’ll be the main offensive threats vs. Colorado this time around? Who else should the Buffs aim to keep in check?
JB: Guys like Thompson, Jr. and Tinkle are huge keys in the OSU offense, and everyone in the Pac-12 knows that. If the Beavers want to edge CU again, the bench will be the difference maker. Additionally, I think Kylor Kelley (who I call the X-Factor) will be huge in helping the Beavs down low, because I know Colorado is going to focus on the Beavers’ back court.
JG: This Pac-12 Tourney features arguably the most even playing field seen in recent years, highlighted by Arizona’s early departure. Do the Beavers have what it takes to win this thing?
JB: Now that Oregon doesn’t rule the Pac-12 in basketball, it could be anyone’s championship to win. I would love to see Oregon State bring home the gold, but teams like Washington and Arizona State seem extra determined this year. The Beavers would need to catch fire if they want to get past Colorado, and likely Washington.
JG: What’s your take on Colorado? The Buffs come off a horribly sloppy game vs. Cal that they barely emerged from victorious, but that game could have given the team a reality check in terms of how close they came to getting bounced. What’d your impression of CU heading into this one?
JB: I’ve been eyeballing CU closely this year, and I think the one thing they need to do is get into rhythm. If guys like Ben Tyler distribute the ball well and make some key shots, I could definitely see Colorado making a run for the trophy.
JG: CU head coach Tad Boyle said he expects the Beavers to run a zone defense for “a fair amount” of the game. How do you think OSU will defend against the Buffs?
JB: Tad is likely right, OSU loves to work the zone defense. It depends on the situation of the game though, so if CU starts hitting from range, I could see the Beavers switch to a man-defense like they have done in previous games.
JG: Score prediction and final thoughts. How’s this one playing out?
JB: I think we’ll see a defensive battle in Las Vegas, so my prediction is 68-64, OSU. That being said, I’ll never count out Colorado completely.
Contact CU Independent Managing Editor Justin Guerriero at justin.guerriero@colorado.edu and follow him on Twitter @TheHungry_Hippo
Contact Daily Barometer Sports Chief Jarred Bierbrauer at omn.sports@oregonstate.edu and follow him on Twitter @JarredBaro