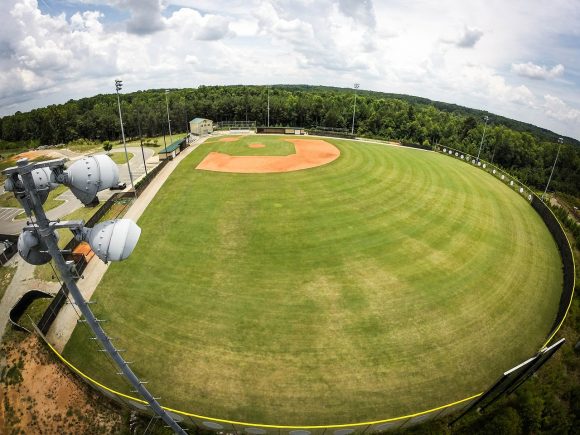 It’s springtime in America. The birds are chirping, the leaves are returning to trees, the days are longer and warmer weather is on the horizon.

If you’re a fan of sports in general, you know that the springtime — though a beautiful time of year — is a decidedly much slower season across the board. Football is over, hockey is nearing its end and basketball is close to done too.

If you’re a fan of baseball, however, springtime is the only thing that matters. It signals the start of a brand new season. After all, the game is the only major sport of the “big four” (i.e., football, basketball, hockey and baseball) that is played during the spring and ensuing summer. Indeed, baseball is king in the spring. At least everywhere in the U.S. but Boulder, Colorado, it seems.

The University of Colorado is the only school in the Pac-12 without a Division I baseball team.

Fortunately, if you’re a fan of America’s favorite pastime — and happen to attend school at CU — there is no need to panic and transfer to Oregon State, which is the reigning College World Series champions. Boulder does own a collegiate summer team, the “Boulder Collegians,” but their season starts weeks after spring classes are out at CU.

Fear not fellow Buffaloes, CU has a rising club team that can give you that fix of baseball you’ve been looking for. Though they may not get the same recognition as some other club sports on campus, the baseball Buffs boast a pretty solid team. The club compiled an impressive 15-3 record in the fall, and coach James Kollar-Gasiewski looks to build off that success.

“We had a really good fall and I’m really excited to see that progression through the program,” said Kollar-Gasiewski.

Kollar-Gasiewski, a former player on the club team, is in his second semester as a club baseball coach. While his coaching career and the season may be young, he’s excited with the positive strides already made.

“So far it’s just seeing them do really well, when I was playing we didn’t have very much success consistently,” Kollar-Gasiewski said.

Colorado will play a total of seven nearby university club teams this spring and will be seeking a spot in the National Club Baseball Association (NCBA) playoffs later in May. The Buffs are confident in their depth and ability to win on the mound and at the plate.

“We definitely have a lot of good bats,” said Kollar-Gasiewski. “We also should have a deeper bullpen and just deeper pitching overall.”

The university has been without a DI baseball team since the 1979-1980 season. That year, Title IX went into effect which led to several spending cuts in CU athletics, including but not limited to the aforementioned baseball team.

But with the prominence of baseball in the front range and a notable Major League team in Denver, it’s surprising CU still lacks a team.

Colorado State University, another DI school with a club baseball team, is of course still a rival for CU. Regardless of the sport, when a new season comes around, the game against the intrastate rival Rams is one that’s circled on every CU athletes’ calendar. Baseball is no different.

Helping the cause for the Buffaloes will be their two talented pitchers, junior Tanner Reidy and freshman Preston Tee.

“Tanner Reidy on the mound and at the plate and (in) the field — he’s one of our go-to guys,” said Kollar-Gasiewski. “Preston Tee is also another guy on the mound that will be contributing a lot for us.”

Winning games is the first step to gaining attention and this team hopes to do just that. If the Buffs can sustain their success, DI baseball at CU could not be as far away as you think.

The sky’s the limit for a team with a lot of potential. They’ll look to capitalize on their productive fall and hope to perform even better this spring. You can watch the CU club baseball team play at Scott Carpenter Park, as they vie for a spot in the NCBA playoffs.

The Buffaloes will travel to the Colorado School of Mines to take on the Orediggers on Saturday at 8 a.m. MST. Following that, Colorado will have some time off before returning to Scott Carpenter Field to welcome the Rams on April 13-14.