Opinion: Why I’m a proud meat-eater 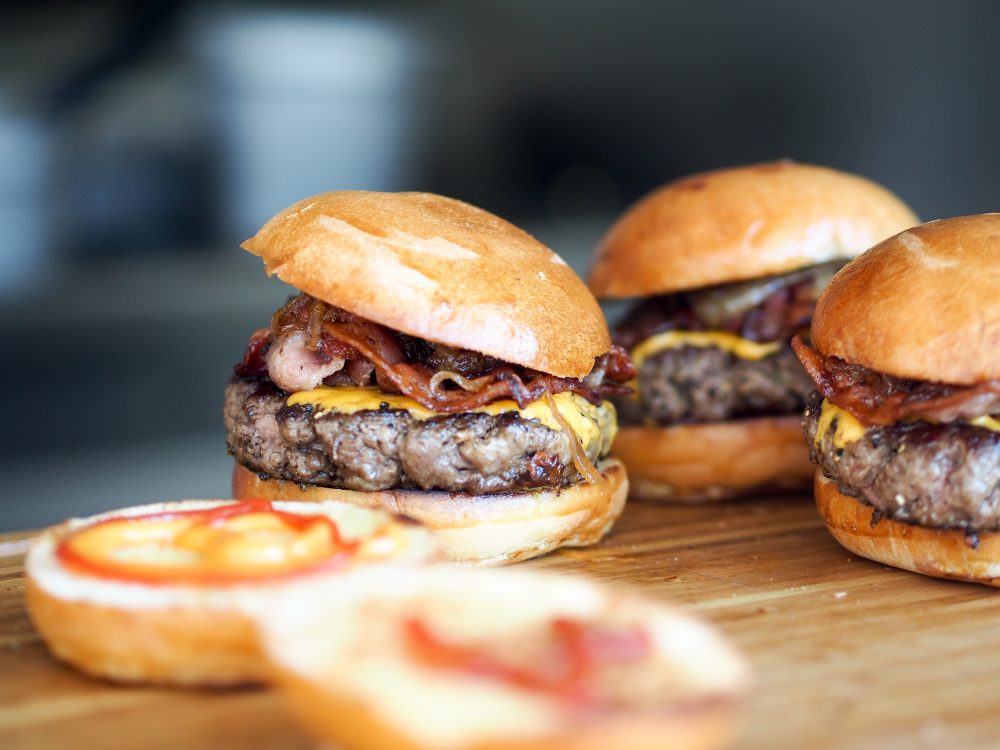 The cheeseburger is one of America’s favorite foods. (Photo Courtesy of Niklas Rhose)

Opinions do not necessarily represent CU Independent.com or any of its sponsors.

Cows have been one of my absolute favorite animals ever since I was a baby.

In my parents’ basement is a VHS tape from my second Christmas. As one of my presents, I am given a plush cow. I exclaim “Cow!” excitedly as I lovingly swaddle the toy in my arms.

A few years later, I played doctor with the cow. I covered her from head to hooves in band-aids. I wanted her to be as happy and healthy as can be.

And yet, I eat the corpses of cows on a weekly basis. Let me tell you why.

If you went to that article, as I did, expecting to figure out how to justify your carnivorous habits, there’s no doubt that you came out of it feeling at least a little bit guilty. I’m here to quell that guilt and give you the article you were expecting.

Veganism and vegetarianism are unrealistic for at least one-fifth of the population.

Unlike Boulder, not every town is a haven for vegan, non-dairy, gluten-free, non-GMO organic protein powder.

One in five people globally depend on livestock for their livelihoods, including almost 70 percent of the 1.4 billion people living in poverty.

“But if you’re not reliant on it, why eat meat?” I hear you ask. Not only does livestock provide its owners with their own food, warmth and crop fertilization, but it is a significant source of income for many. In order for livestock to be a viable income source, however, people with the means to afford it need to buy the livestock.

According to the Food and Agricultural Organization of the United Nations (FAO), the cultivation of livestock helps achieve the tenth Sustainable Development Goal (SDG) as outlined by the United Nations, which aims to reduce income inequality between and within countries. With the sale of livestock, rural families are able to participate in the free market alongside wealthier citizens and generate income.

An example of this in action is sub-Saharan Africa, 60 percent of which is covered by drylands where raising livestock is often the only way that the land can be utilized.  For self-sustaining individuals, geography often simply doesn’t allow for any production other than meat.

Those whose livelihoods rely on livestock through pastoral and mixed farming systems, where animals graze freely and undergo none of the horrific conditions of industrial (factory) farming, cannot be expected to abandon such a crucial method of survival.

This isn’t just a problem among those living rural lifestyles in less developed countries, however. Let’s talk about food deserts.

Veganism is a privilege that those living in food deserts often do not have.

Food deserts are defined by the Centers for Disease Control and Prevention as “areas that lack access to affordable fruits, vegetables, whole grains, low-fat milk, and other foods that make up the full range of a healthy diet.”  The Food Empowerment Project found that there is a “lack of meat and dairy alternatives in communities of color and lower-income communities.”

It is difficult for those in lower income areas to avoid animal products, let alone find a sufficient amount of protein elsewhere. Yes, it is true that copious amounts of animal products can lead to serious health problems such as coronary heart disease and type 2 diabetes. Those of us who are able should limit our meat consumption for health reasons alone, if not anything else. But many people simply don’t have that choice.

Merely four of the top 25 sources of protein may be meat, but at least 12 of them contain animal products. I don’t include soy protein concentrate in this count because technically it contains no animal products. However, soy protein concentrate is made specifically for the retention and moisture of meat. You could eat it plain Jane, but veganism and masochism are not the same things.

Additionally, 11 of the sources come most commonly in the form of protein powder. That stuff is expensive.

Food deserts are often heavily populated with fast food restaurants above more healthful options, and somebody lacking protein and living in one of these areas would likely prefer to buy a $1 cheeseburger at McDonald’s than pay $38 for 12 servings of a soy isolate powder.  Just like those who raise livestock, people in food deserts do what they need to do to survive.

Eating livestock can actually promote environmental sustainability, as well as every other Sustainable Development Goal (SDG) outlined by the United Nations.

There are 17 SDGs outlined by the United Nations in total. As aforementioned, livestock can aid in the tenth SDG (reducing income inequality), but according to the FAO, the production of livestock can aid in pushing forward almost all of these SDGs in some shape or form.

One example is the sixth SDG, which aims to ensure availability and sustainable management of water and sanitation for all. Oftentimes, livestock can positively contribute to water quality. In grazing areas, for instance, livestock can protect the soil surface from erosion.

The seventh SDG aims to ensure access to affordable, reliable, sustainable and modern energy for all. Animal manure can be recycled to provide fossil fuel or firewood alternatives. Methane “is a versatile carrier of renewable energy and can be used to generate both heat and power, and as a vehicle fuel.” While we’ve all heard of the harms of methane from livestock, it is much cleaner than other energy sources such as coal or petroleum.

Veganism utilizes less farmland and thus cannot feed as many people as other diets.

There are three types of cropland: Grazing land, perennial land and cultivated cropland. Perennial cropland contains grain and hay used for feeding livestock. Unlike other diets, veganism uses no perennial cropland whatsoever. This unused land results in unused resources that could feed a significant number of people.

Veganism has the potential to utilize enough farmland to feed 735 million people. However, there are four diets that feed more people than veganism.

So, even if almost half of what you eat is animal products, you are making more sustainable use of cropland than if you avoided them entirely.

If you’re worried about animal abuse, grass-fed, local farms would love your service.

Yes, more than 60 percent of pork and 85 percent of chicken and eggs come from factory farming. Pigs are one of the most intelligent animals on earth, and yet, most pork arises from the torture and violent deaths of pigs. I wholeheartedly agree that this is extremely disheartening.

Yes, the United States in particular is heavily reliant on factory farms compared to other nations. My point, however, is that it doesn’t have to be.

Factory farms are unethical and horrifying displays of animal abuse. Whenever possible, we should avoid eating meat that comes out of those factories. However, the consumption of free-range animals that are killed quickly and painlessly after living a comfortable life does not conflict with my moral compass. Why, then, would I want to stop this from happening?

Animals kill other animals for food constantly — it’s a part of the natural ecological processes of life. No matter how evolved we may be, we are still animals, and I believe we are justified in killing other animals to feed ourselves. If you disagree, I fully respect that. However, you cannot place a value judgment on me based on values I don’t hold. It won’t work.

I am an advocate of those who are in a position to do so eating free-range animal products and overall moving towards a more plant-based diet. But reducing the issue of animal consumption down to “a choice to decide between convenience and taste or significant suffering” is far too broad of a value judgment to make on people. The world is complex, and we need to take every criticism with a grain of salt beef.

Now, if you don’t mind, I’m going to get a burger.