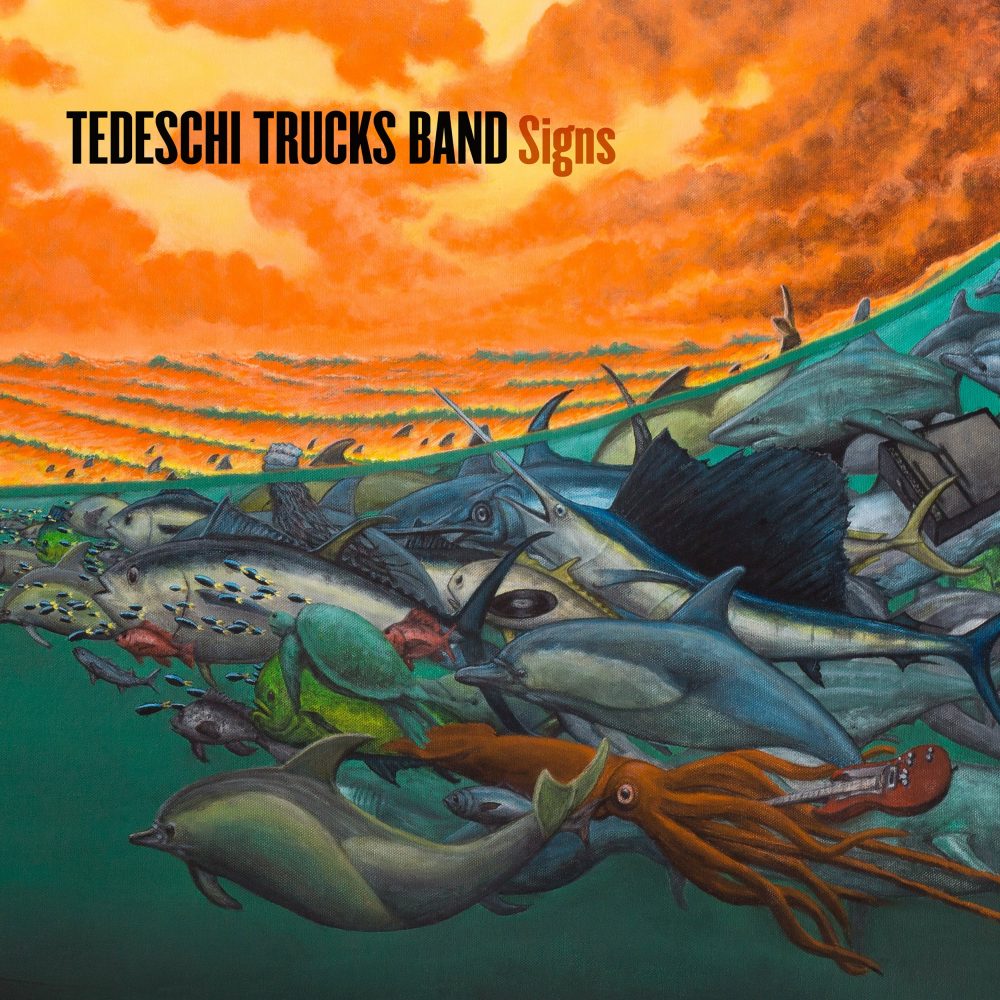 Susan Tedeschi and her husband Derek Trucks formed the Tedeschi Trucks Band in 2010, deciding to leave their solo careers in favor of a new musical collaboration. They saw immediate success with their 8-piece band. Their first album peaked on the Canadian and UK charts and won a Grammy for best blues album. The band continued to release successful albums and added four more members, including bassist Tim Lefebvre, who played for Sting, David Bowie and Elvis Costello. The band has toured extensively around the world.

Each track on their newest album introduces layered, funky grooves. The guitar’s brash, clear tone begins most tracks. Within a few bars, a foundational riff on the bass, a solid rock beat on the drums, and blaring horns join the guitar’s strummed chords.

Tedeschi’s bright voice cuts through the band with a classic blues vocal style. She is a vocal powerhouse, clearly influenced by the great blues singers of the 20th century, such as Aretha Franklin and Mamie Smith. Guitar solos weave in and out through the tracks, showcasing Truck’s virtuoso talent as he jams with catchy, fast riffs, his fingers flying across the frets.

However, the album is far more than fun grooves. The lyrics speak powerfully to our current era. The poignant lyrics from the title track “Signs, High Times” express what many people are feeling in 2019. Tedeschi sings about “hatred in their eyes” and asks mournfully “Oh Lord, how did we get here again?”

In the midst of polarization and unprecedented political turmoil, that question is at the top of Tedeschi’s mind. In the bridge, she also commands listeners “Don’t give into the lies they make.” That’s a difficult demand in our current era, which is wracked with uncertainty about what or who to believe.

The political commentary continues throughout the album, especially on the eighth track “Shame.” Tedeschi criticizes public apathy about saving the environment, trying to “shame” listeners into making them care. “Shame, there’s poison in the well… Don’t you ever wonder what in the air?” But, she doesn’t stop there.

“Don’t you even care?” she asks. Tedeschi, however, believes we should not only point fingers at other people but must also think of our own responsibility for the world’s problems: “Shame us all.”

Yet, despite some somber comments, the album evokes a feeling of hope for the future. Several inspirational tracks, such as “Strengthen What Remains” and “Still Your Mind,” remind us that we can find hope “even in our darkest hour” because life is “beautiful.”

Tedeschi’s right. No matter what challenges we face, when we have an opportunity to listen to timely, powerful music like this, life is definitely beautiful.

Tedeschi Trucks Band is coming to Red Rocks Amphitheater July 26 and 27 for their latest world tour.