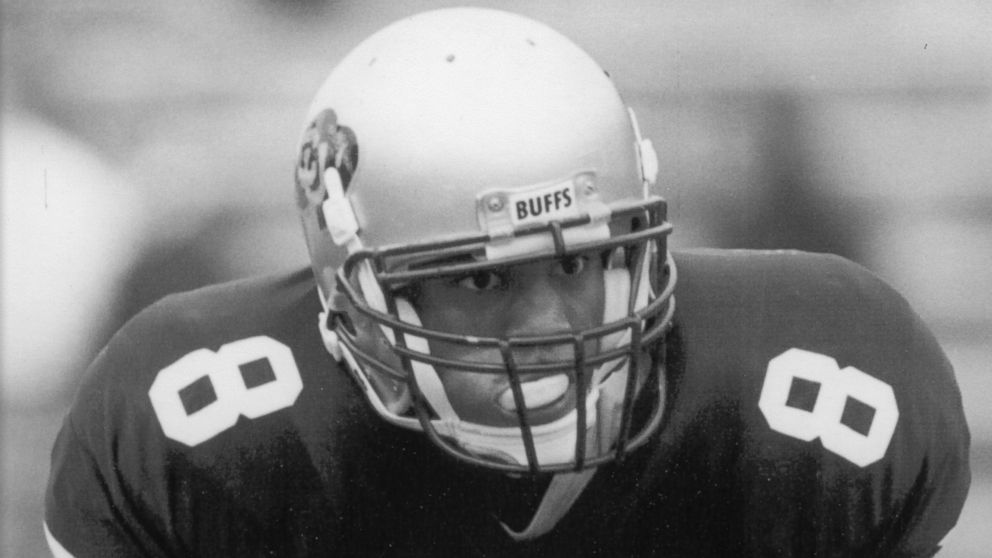 Anthony “T.J.” Cunningham, a former CU Buff player, died on Monday due to complications from a gunshot would. (Photo via University of Colorado Athletics)

Cunningham, who served as an assistant principal at a local Aurora high school, was involved in what was called an “ongoing parking dispute” with a neighbor. Tensions escalated to the point where the two decided to meet up and settle it at the nearby Eaglecrest High School on Sunday.

The former Buffs defensive back was shot multiple times by his 31-year-old neighbor before his attacker fled the scene and called 911 to turn himself in. Cunningham was unarmed.

His neighbor was taken into custody immediately on charges of first-degree murder.

“We were deeply shocked and saddened to learn of the death of T.J. Cunningham,” athletic director Rick George said in his statement on Monday. “He was a good family man and had a strong passion for working with young people, as evidenced by serving as an assistant high school principal.”

Cunningham played for the Buffaloes from 1992-95, playing both defensive back and wide receiver at the university before the Seattle Seahawks took him in the sixth round of the 1996 NFL Draft.

“He was a good alum, an active alum, and took great pride in being a Colorado Buffalo,” George said. “Our hearts go out to T.J.’s family on their tragic loss. We will miss him.”